Ancient history indicates that the alluvial plains along the river Sil in Galicia were a rich source of gold. However; it wasn’t until the Roman occupation in the 1st century, that extraction began on an industrial scale. 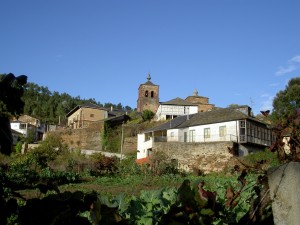 By the 2nd century work had begun on an ambitious engineering project in a place known today as Montefurado. The name originates from the galego words monte furado (pierced mountain). The project involved changing the course of the mighty river Sil by tunnelling through a mountain. In a pre-gunpowder era, tunnelling 120 metres through solid rock was no mean feat. Engineers achieved this by heating the rock with fires and then cooling it very quickly with water. This process weakens the rock, making tunnelling much easier. 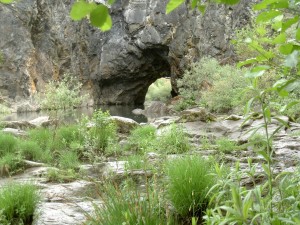 A boca do monte (Mouth of the mountain

The tunnel became known as A Boca do Monte (mouth of the mountain) and is considered a masterpiece of Roman engineering. Most scholars agree that its purpose was to divert the course of the river. By doing so, a large meander, two and a half kilometres long, could be drained and the riverbed mined for gold. Others theorise that the tunnel itself was an integral part of the extraction process. 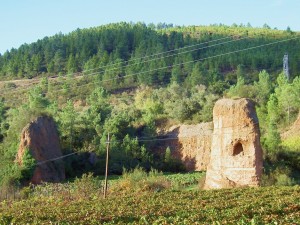 Mining activity can clearly be seen on the approach to the tunnel. Tall rock stacks stand like geological giants against a backdrop of a near vertical embankment of reddish rock. The Romans favoured hydraulic pressure as their primary mining tool. By using this method, large quantities of gold-laden debris would be washed into the river. Earlier surveys of the tunnel showed a 12 metre downstream incline which rose sharply towards the exit. The theory is that heavy gold particles would be trapped at the base of the incline. Periodically, the river’s flow could be altered in order to drain the tunnel and expose the accumulated gold deposits. 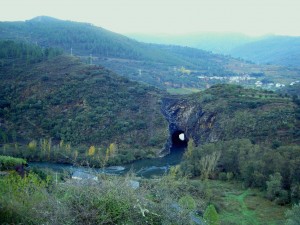 The tunnel and surrounding area

Today’s tunnel reflects only part of its former glory. In November 1934 heavy rainfall caused severe flooding resulting in a catastrophic collapse and reducing its overall length to 52 metres. 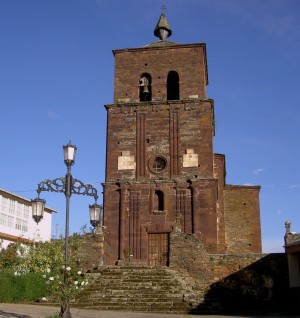 The impressive bell tower of the church of San Miguel

Overlooking the mouth of the tunnel is the village of San Miguel de Montefurado. The focal point of the village is the impressive 18th century parish church of San Miguel (Igrexa Parroquial de San Miguel). Oxidisation of the stonework has left the building with a rusty-red appearance. The three storey bell tower is particularly interesting; built on a scale out of character with its surroundings. 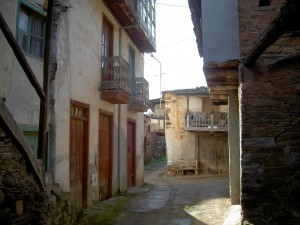 A maze of narrow streets

On first sight the village looks like many others in the area; once outside the main square its appearance rapidly changes. The narrow village streets are quiet and abandoned, as are most of the properties. Many village houses are either derelict or in such a poor state of repair that restoration is financially impractical. 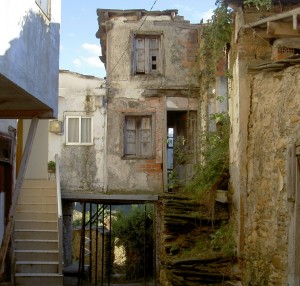 A village in decline

The only hope for this decaying village rests in the sign of the scallop shell. San Miguel de Montefurado lies on the camino invierno (winter route). This alternative route from Ponferrada to the tomb of St. James in Santiago de Compostela, gains in popularity every year.

For seasoned pilgrims looking for a less popular way, or those yet to take up the challenge, why not consider the camino invierno? – I’m confident that you won’t be disappointed. 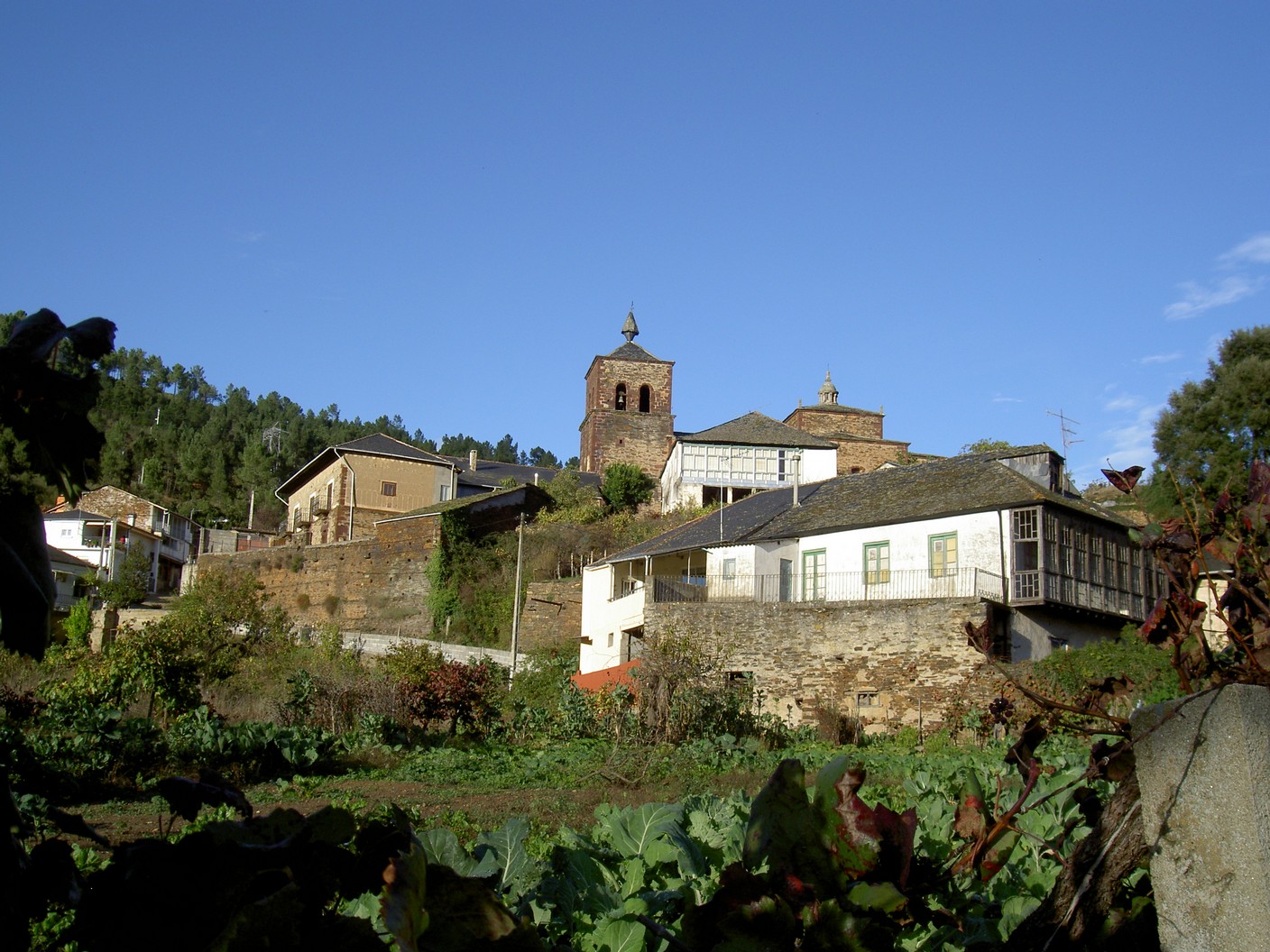 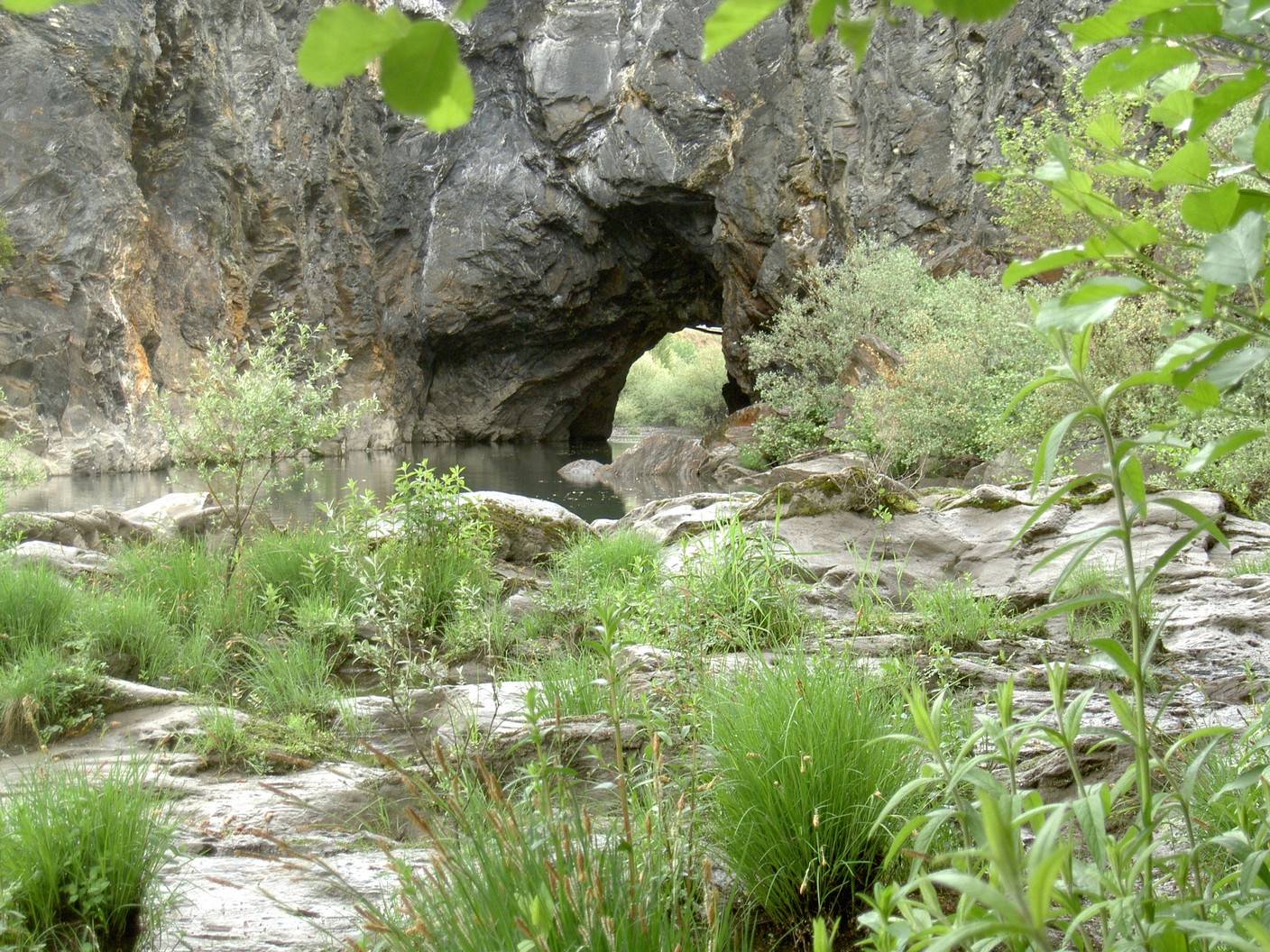 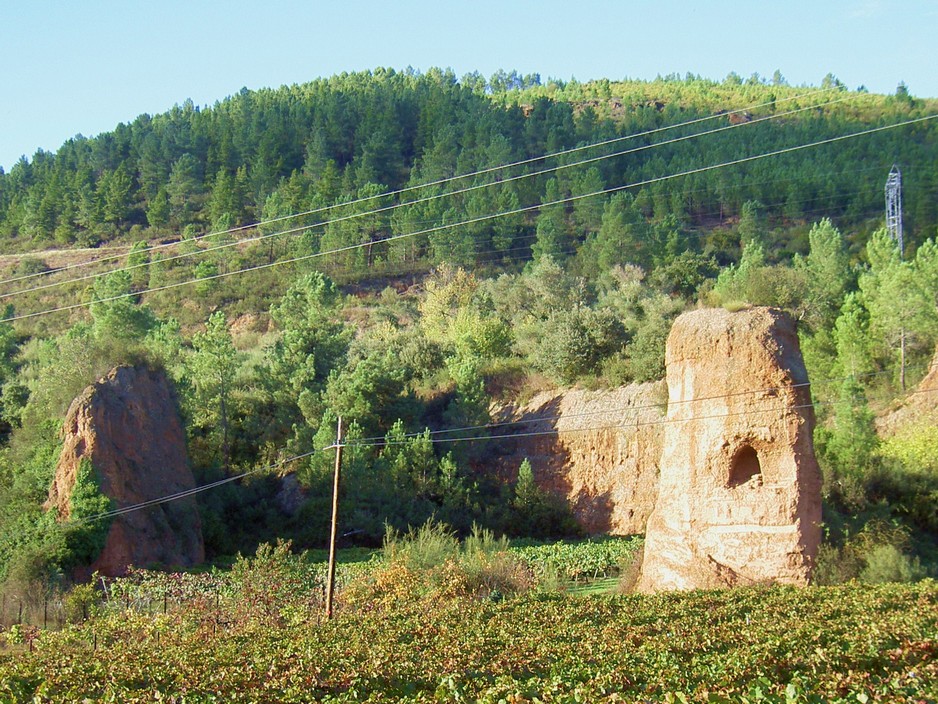 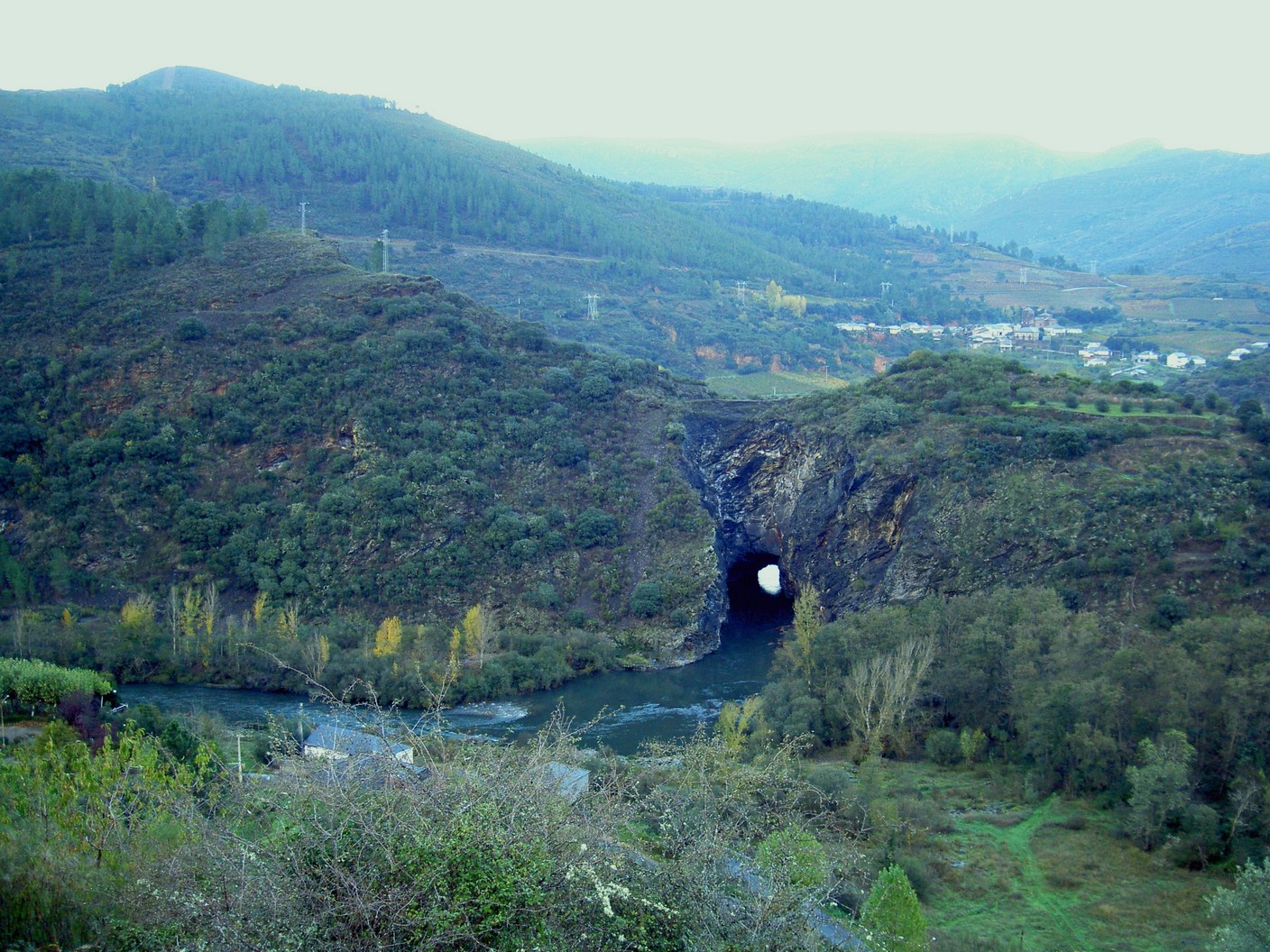 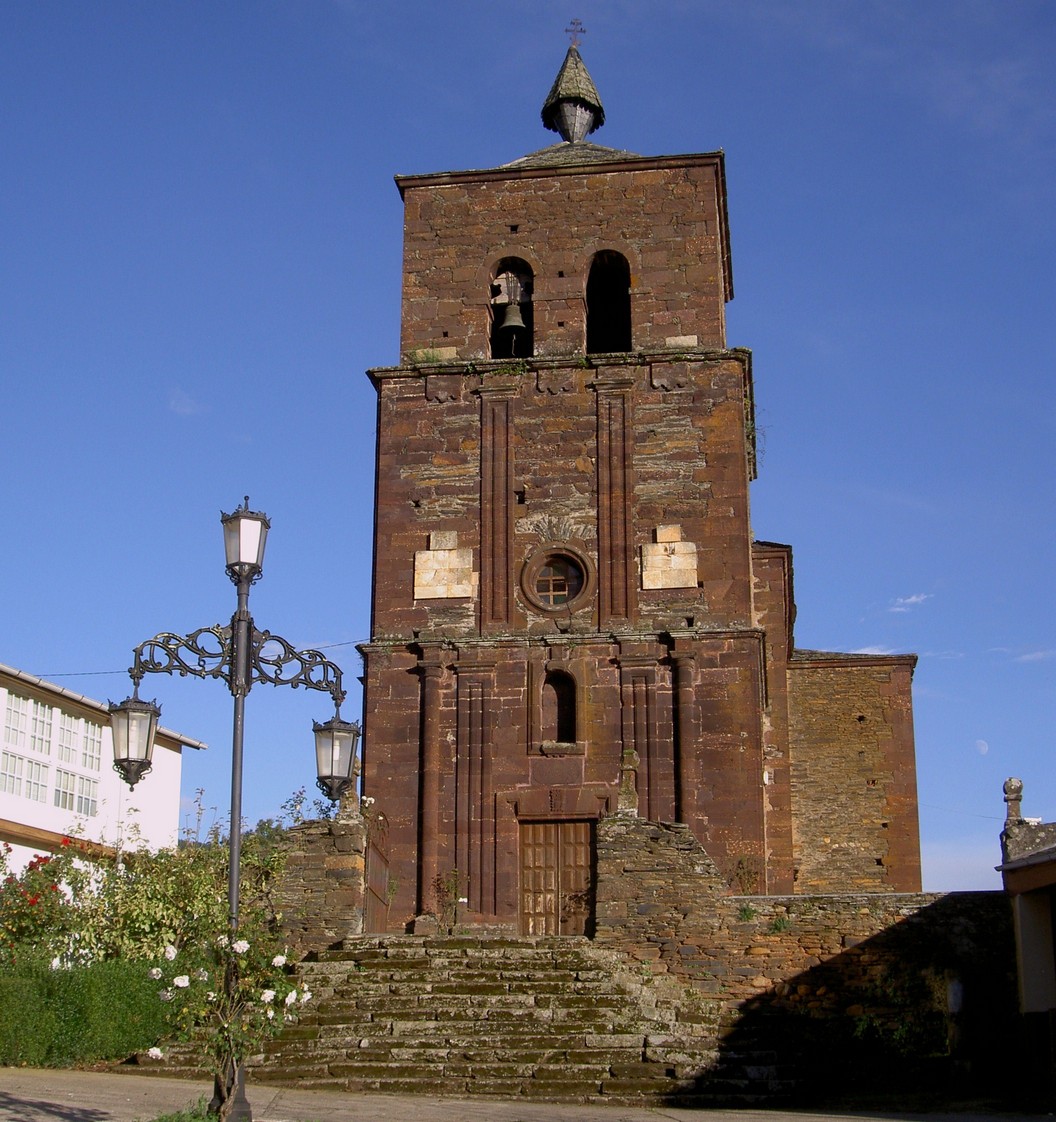 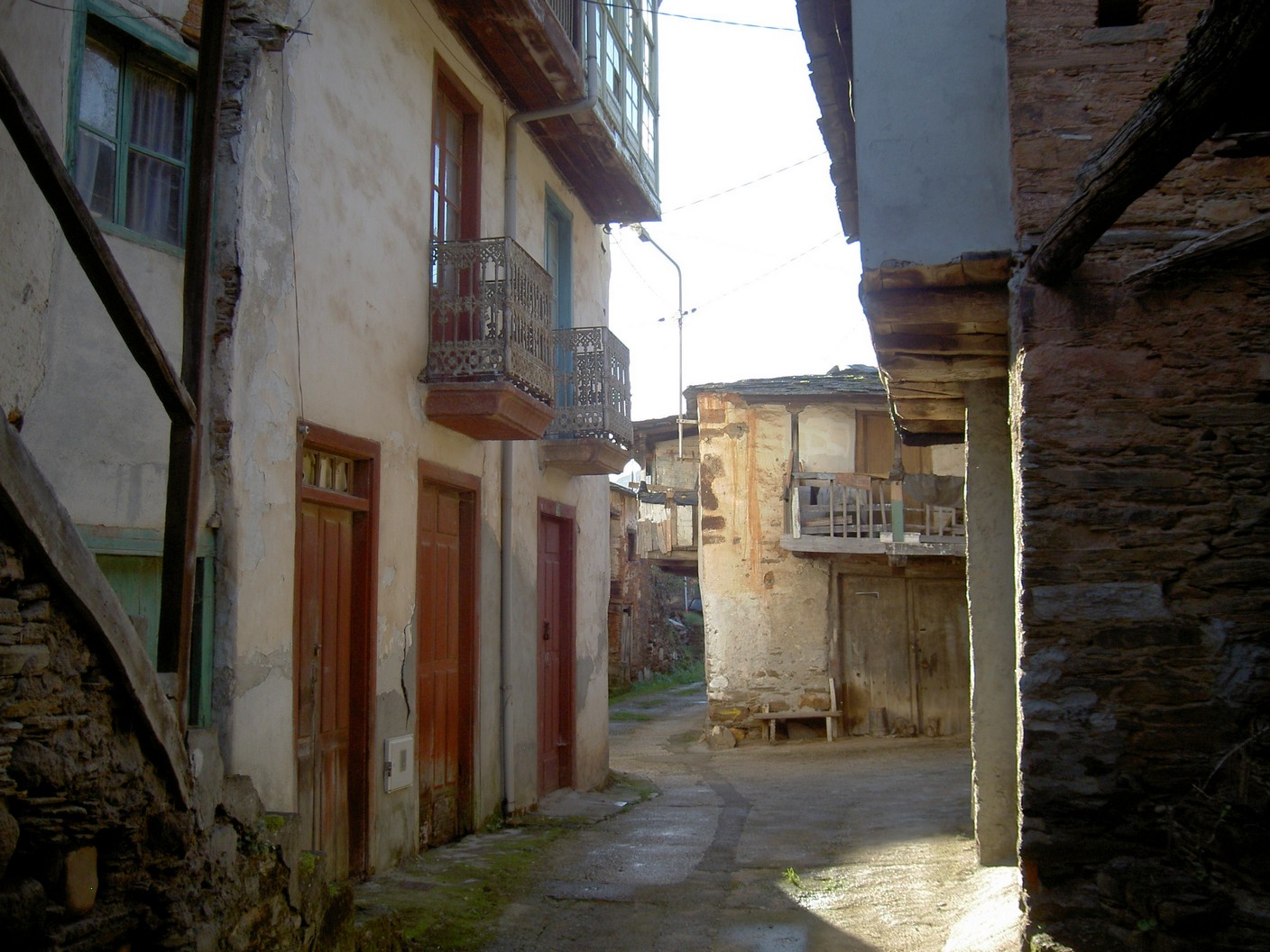 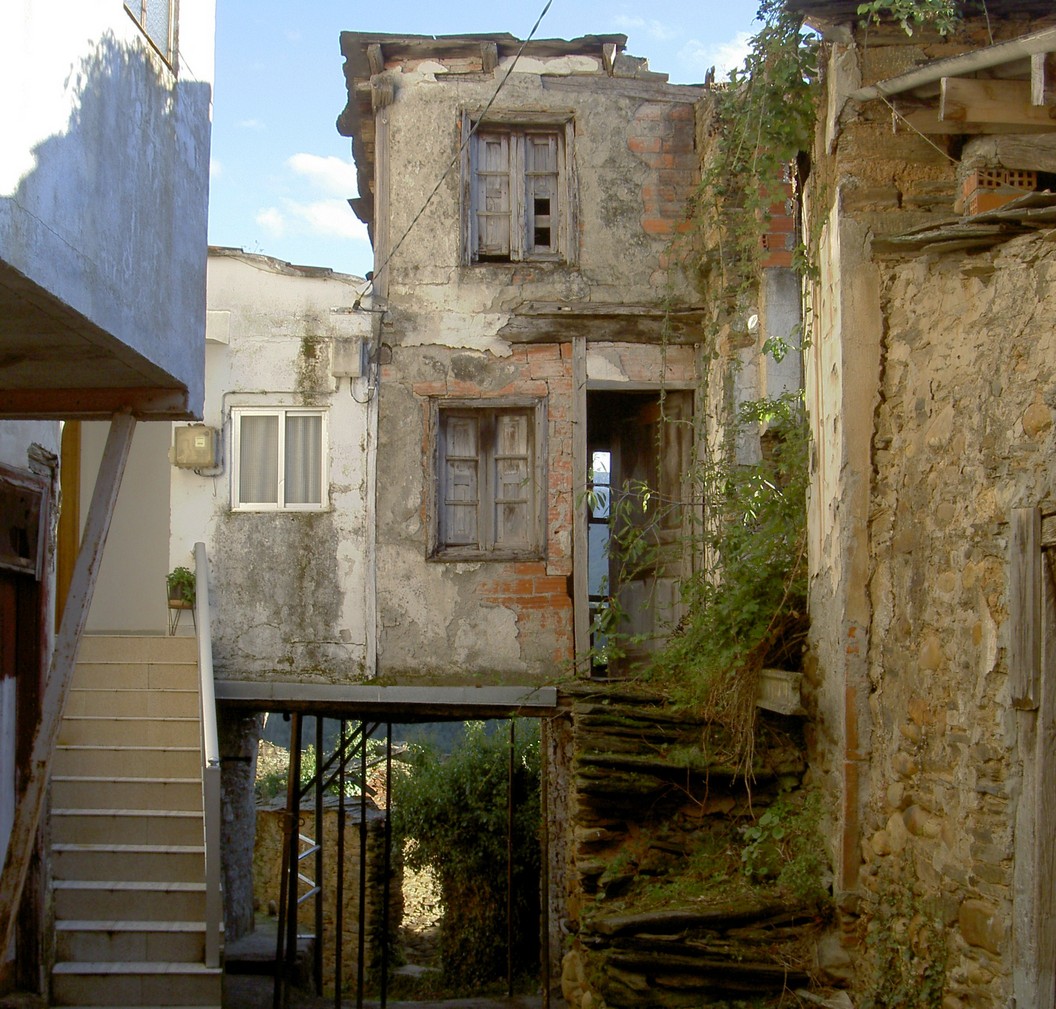