What treasures lay hidden among the chattels of life?

My question is prompted by the recent discovery of photos I once thought lost; in particular, a comical snap of a dear companion. The picture shows her lounging in an armchair, wearing the mother-in-law’s ridiculous sun hat and nuzzling up to a glass of red wine. It brought a smile to my face and a tear to my eye: a smile for all the wonderful memories and a tear at her passing. 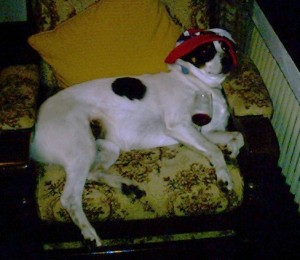 We first met one another in July 1998 at the Halifax branch of the RSPCA. Described as a Collie-cross, she was a shy, young puppy about 18 months old. The fact that she was more, ‘cross’ than Collie didn’t matter to us. We hit it off straight away and Jazz, or Badger as she was then known, became the dog for us.

We decided that a fresh start called for a new name. We tried all the old favourites, but not a twitch: the mother-in-law even suggested, “Ambulance”. But dogs have a way of choosing their own name and when Jasmine was mentioned, she plumped for that.

‘I’m not going out in public shouting Jasmine,’ I protested. So Jasmine quickly became Jazz.

She soon settled in to her new home but the past of a rescue dog is hidden in their eyes and viewed through their behaviour. Jazz was terribly nervous, the slightest gust of wind or rustle of leaves would see her jump with fright. 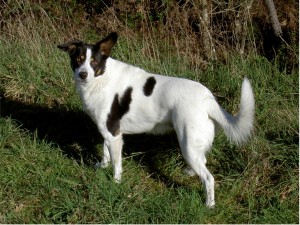 The eyes tell no lies

From the security of the lounge she would bark ferociously at the sight of ladders, much to the amusement of the window cleaner, and the appearance of another man in the house would send her cowering beneath my legs. Progress was slow but little by little she began to trust others.

When Melanie’s granny had a spell in hospital, Jazz delighted in her role as the ward petting dog. She became a firm favourite with patients and nursing staff alike and revelled in the attention. She would happily trot along hospital corridors and straight into the ward, cheering the lives of the old and infirm.

When we moved to Spain, in 2002, Jazz took it in her stride and literally jumped for joy at the size of her new garden. With each passing year Jazz became more confident and more popular. If for any reason we went away without her, friends would queue up to look after her. 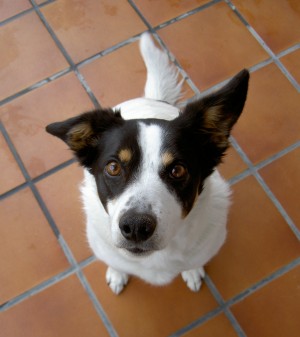 In 2005 we decided to take a three week break in Lanzarote over Christmas and New Year. Jazz came along, travelling in the hold as excess baggage. We arrived at Arrecife airport not quite sure of the procedure and hovered around the luggage carousel with all the other passengers. Imagine our surprise when first onto the moving carousel was Jazz. A crescendo of ahhh, echoed through the arrivals lounge as Jazz barked her way around the revolving conveyor. 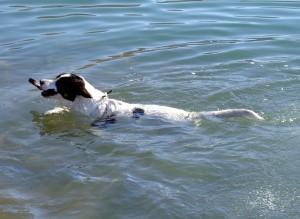 In later life, Jazz overcame major illness and a life threatening accident. Late one evening, on her final outing of the day, she spotted a rabbit and took chase. No longer a young pup, her ageing frame could not take the strain. The vertebrae in her back opened, trapping her spinal cord. She collapsed to the ground paralysed; screaming out in pain. Quickly I gathered her in my arms, ran home and called the emergency vet.

Breaking every speed limit, we arrived at the surgery within minutes. Our urgency saved her life. After spending two weeks motionless, she finally began to recover.

Shortly after her accident, she inexplicably collapsed; the diagnosis, a heart condition. The passing years were taking their toll. Her walks became shorter and less frequent; as a consequence she started to put on a few pounds, or so we thought. So concerned were we over her weight, we decided to have a word with the vet. Jazz had been through a lot over the last twelve months but her biggest fight was still to come – cancer.

Her, “few extra pounds” turned out to be a six kilo tumour, the size of a football. Once again she remained strong. For fifteen months she overcame this new medical challenge, much to the surprise of the vet. 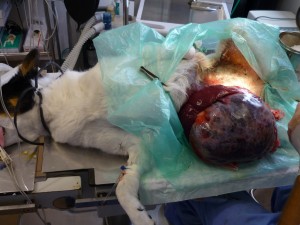 Slowly but surely the last grains of sand slipped through her glass. She developed secondary skin cancer. Daily bathing kept her sores clean but they quickly spread. Jazz had given us a lifetime of selfless devotion; the time had come for us to do the same for her.

That final morning broke our hearts. On a warm, sunny autumn day, surrounded by those she loved, Jazz quietly passed away. She had trusted us in life and did the same in death.

Without her, the house felt empty and our lives incomplete. There was no bed to step over or dog to walk around. The house fell silent: I swear Melanie and I spoke more to Jazz than we do to each other.

We couldn’t possibly have another: the pain of losing Jazz was too much. We gave everything away, her food, her treats, even her toys. For almost four days we stayed steadfast to our decision.

‘You know all the things we were going to do when we didn’t have a dog?’ I said on the morning of the fourth day, ‘Well I don’t want to do them anymore – let’s get another.’

We knew that our vet volunteered at a rescue centre; we’d flicked through a folder of abandonados when Jazz was being treated.

‘I have just the dog for you,’ announced the vet. And so she did.

Slawit is our new companion, a beautiful Podenco Galego. Like Jazz it took her a while to settle in, but she has. Our family, and our lives, were once again complete; and harmony has been restored. 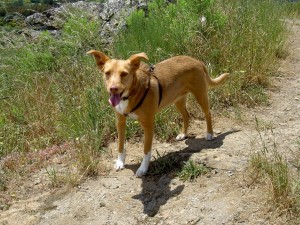 Giving a rescue dog a loving home will never repay the debt of loyalty they will show to you – but it’s a great start. 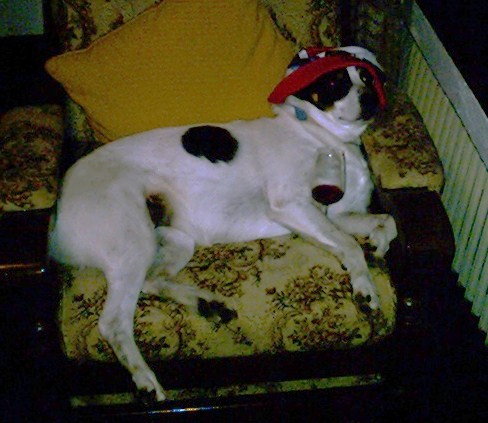 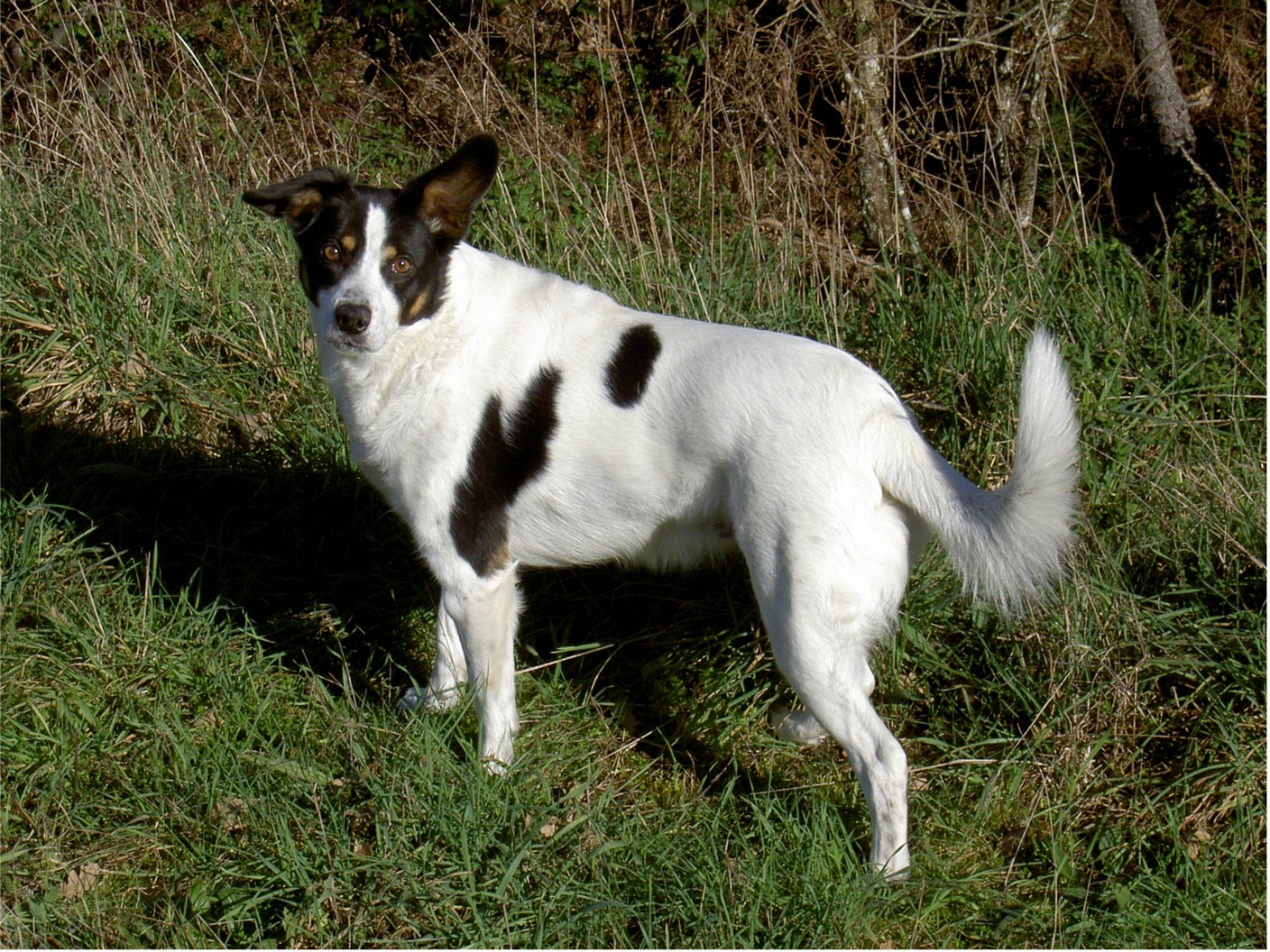 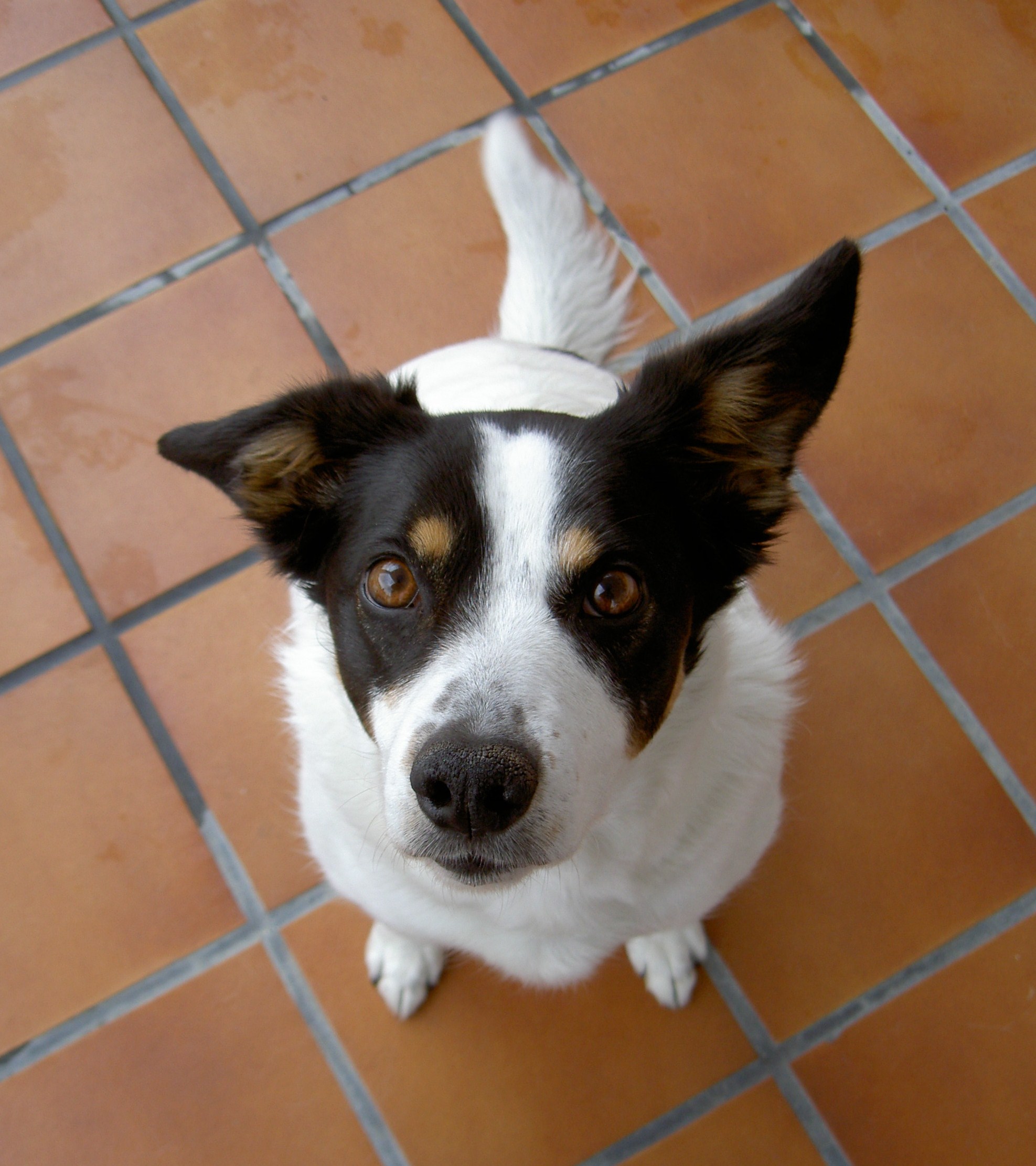 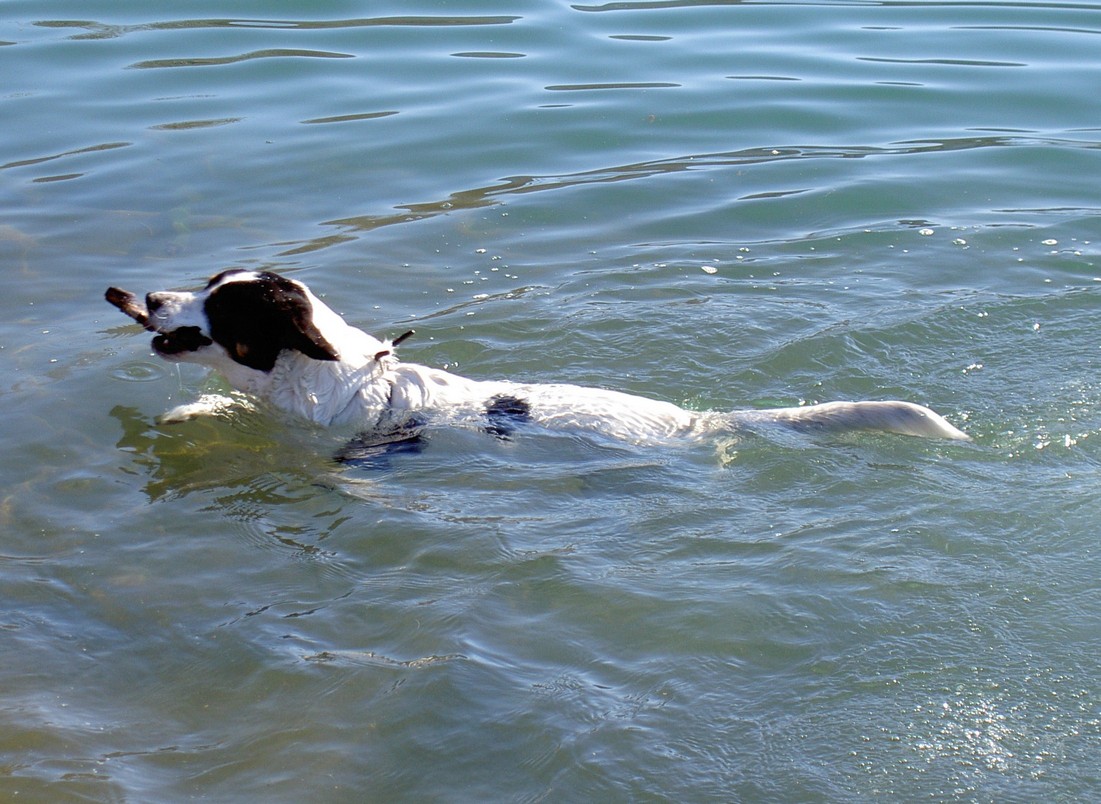 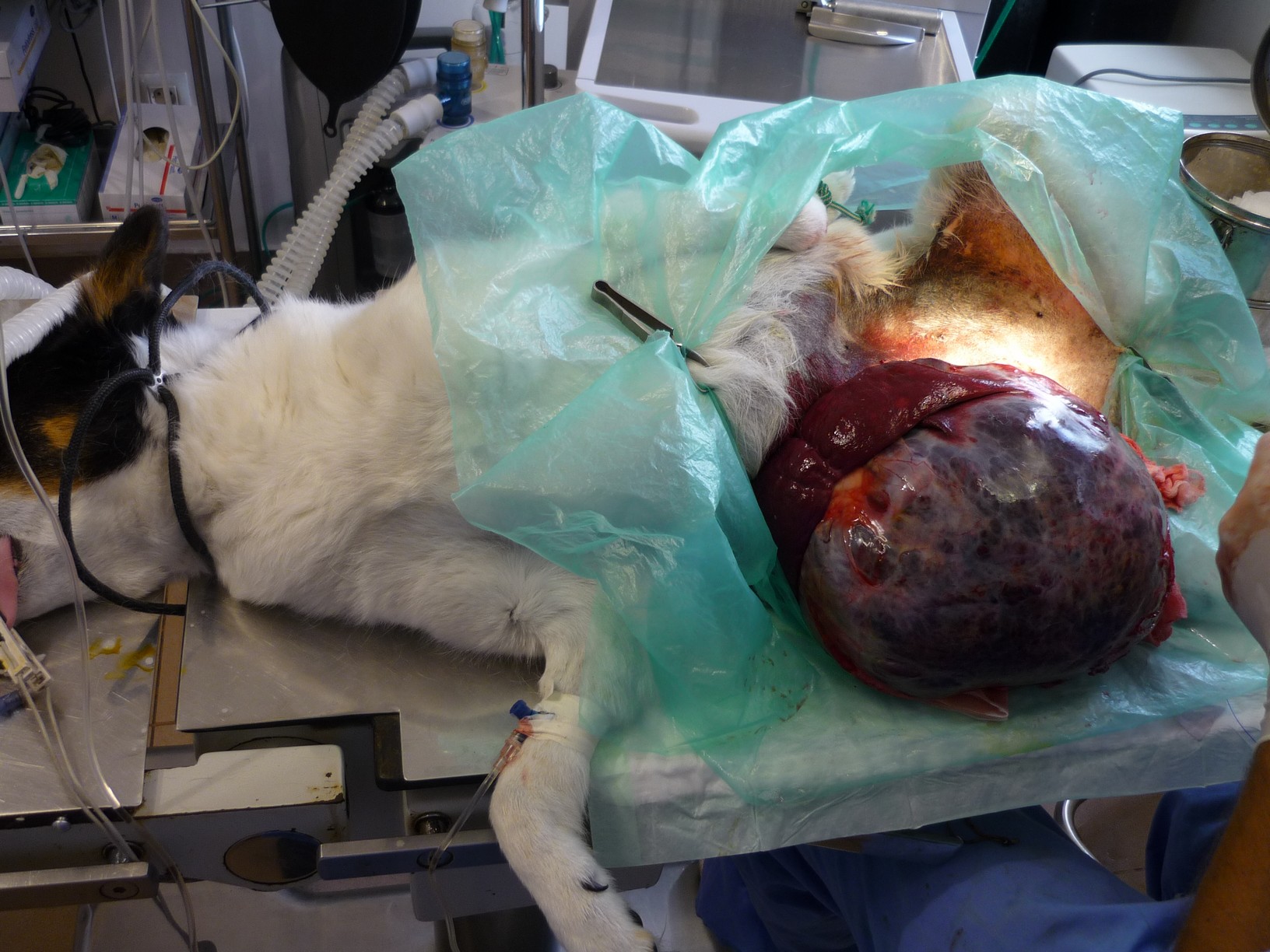 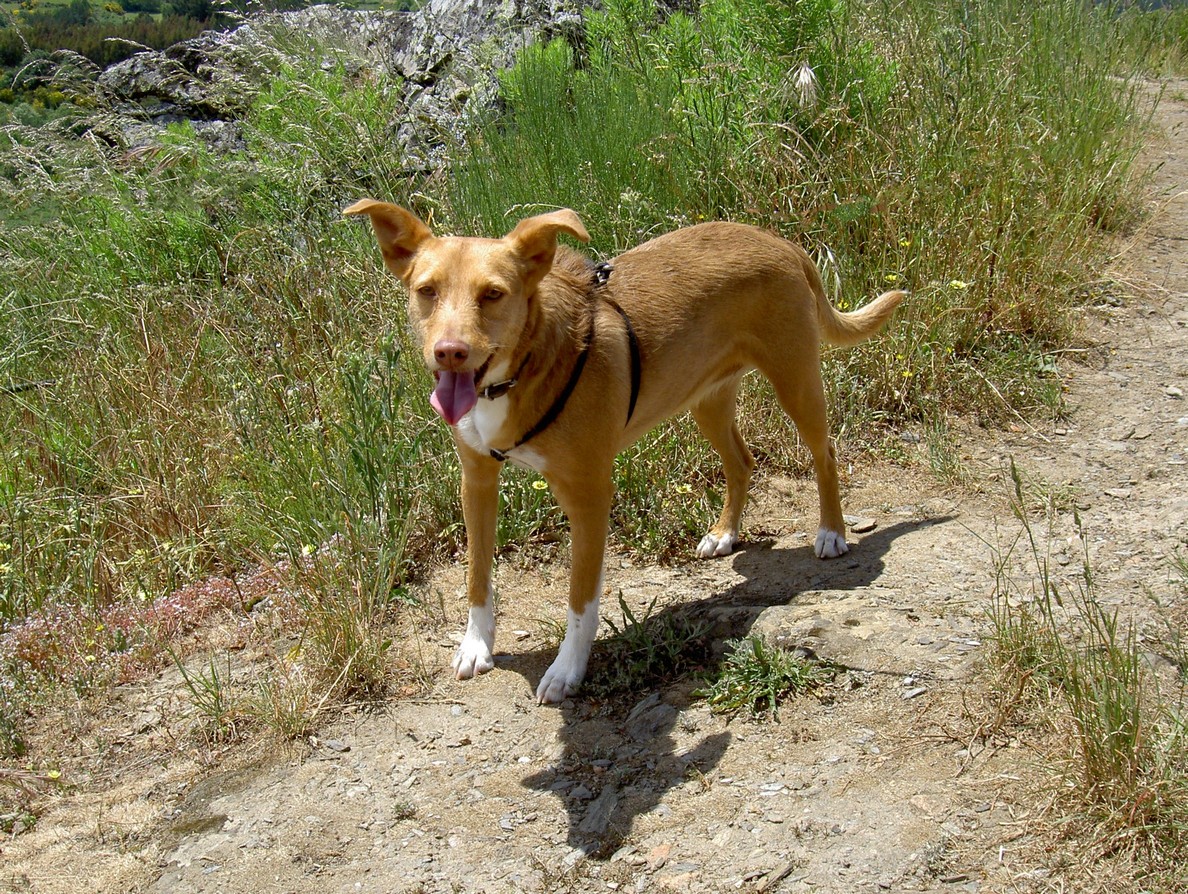