Nestled in the foothills of the Sierra de San Mamede mountain range in the province of Ourense, is the town of Montederramo. Like many inland towns and villages in Galicia, its population has been in decline for many years. At the turn of the century over 4000 souls called this isolated community home, by 1981 that total had almost halved and today stands at less than 1000. This worrying trend is mirrored throughout many parts of Spain. 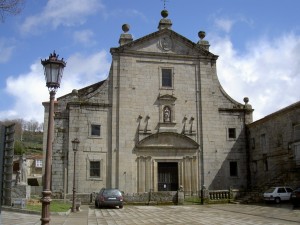 The town’s decline contrasts sharply with its influential status during the latter half of the Middle Ages. In 1124, Queen Teresa of Portugal granted a founding charter to Abbot Arnaldo to establish a Benedictine monastery in the area. It’s in this charter that the first written reference to the area known as the Ribeira Sacra (Rivoyra Sacrata) is made. Following the monastery’s affiliation to the Cistercian order, sometime between 1155 and 1163, it was granted many privileges by a succession of monarchs. Such were the value of these privileges that by the beginning of the 14th century Montederramo had one of the most important monasteries in Galicia. 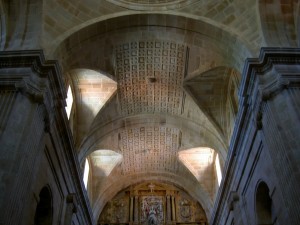 Its incorporation into the congregation of Castile, in 1518, represented the beginning of a period of monastic expansion. The church and its cloisters were completely replaced. The new church was built in the shape of a Latin cross; in the Herreriano style. Its three impressive naves are crowned with ribbed vaults. On the upper floor, the choir stalls have been beautifully renovated; the number of seats reflecting the church’s status. The high altar has also been painstakingly restored: carved from chestnut, it is illuminated with painted bible scenes. 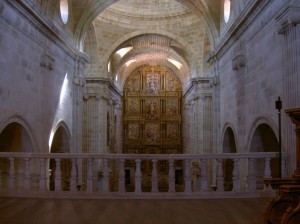 The monastery has two cloisters: Claustro Reglar which became an education centre for abbots and monks and Claustro Hospederia which housed guests and pilgrims. After the Ecclesiastical Confiscations of Mendizábal (Desamortización Eclesiástica de Mendizábal) in 1835, both cloisters were sold. In common with most Spanish monasteries, this government decree to expropriate and privatise the assets of the Catholic Church led to its abandonment. A period of neglect, plundering, and partial ruin was brought to an end by the current inhabitants of the municipality. 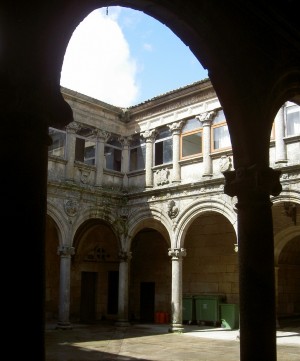 Arrangements for viewing the monastery are quite unique and reflect the town’s personality and charm. Opposite the church, to the right of the fountain, is a nondescript building marked out by a bright-yellow Correos (Post Office) sign. It’s here that visitors will find the local ayuntamiento (town hall). To view the monastery, ask at the post office counter; if it’s closed pop up to the first floor and ask again. Don’t let these unusual arrangements put you off: you’ll find everyone is extremely helpful and very proud to show off their church. 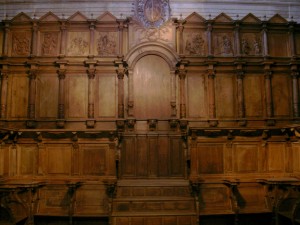 Today the two cloisters are in private hands. In keeping with its former purpose, the Claustro Reglar is currently used as a centre of learning, to educate local children. Claustro Hospederia, is divided into private apartments and also houses the restaurant Casa Elvira (Praza 20, Montederramo, 32750 Ourense +34 988 292 019). It’s open seven days a week and serves a good selection of regional dishes including a great value menú del dia which is available Monday to Friday. 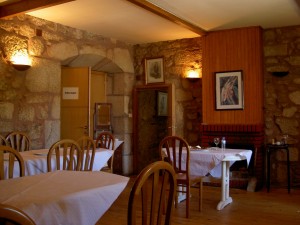 The local people of Montederramo are doing their best to preserve this isolated rural community and its historic heritage from the ravages of time and changing patterns of migration. The next time you’re in the area, why not show your support by paying them a visit. 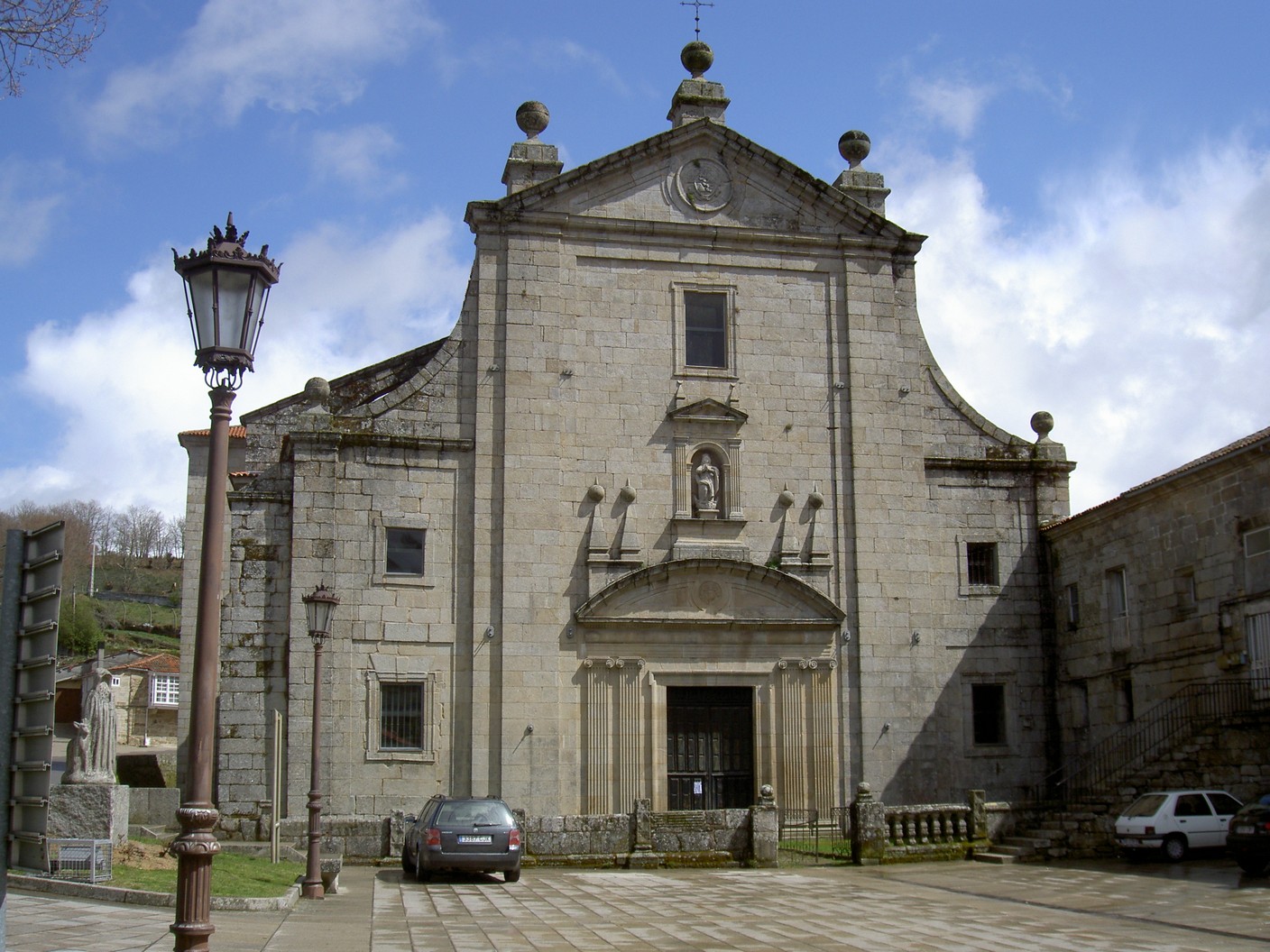 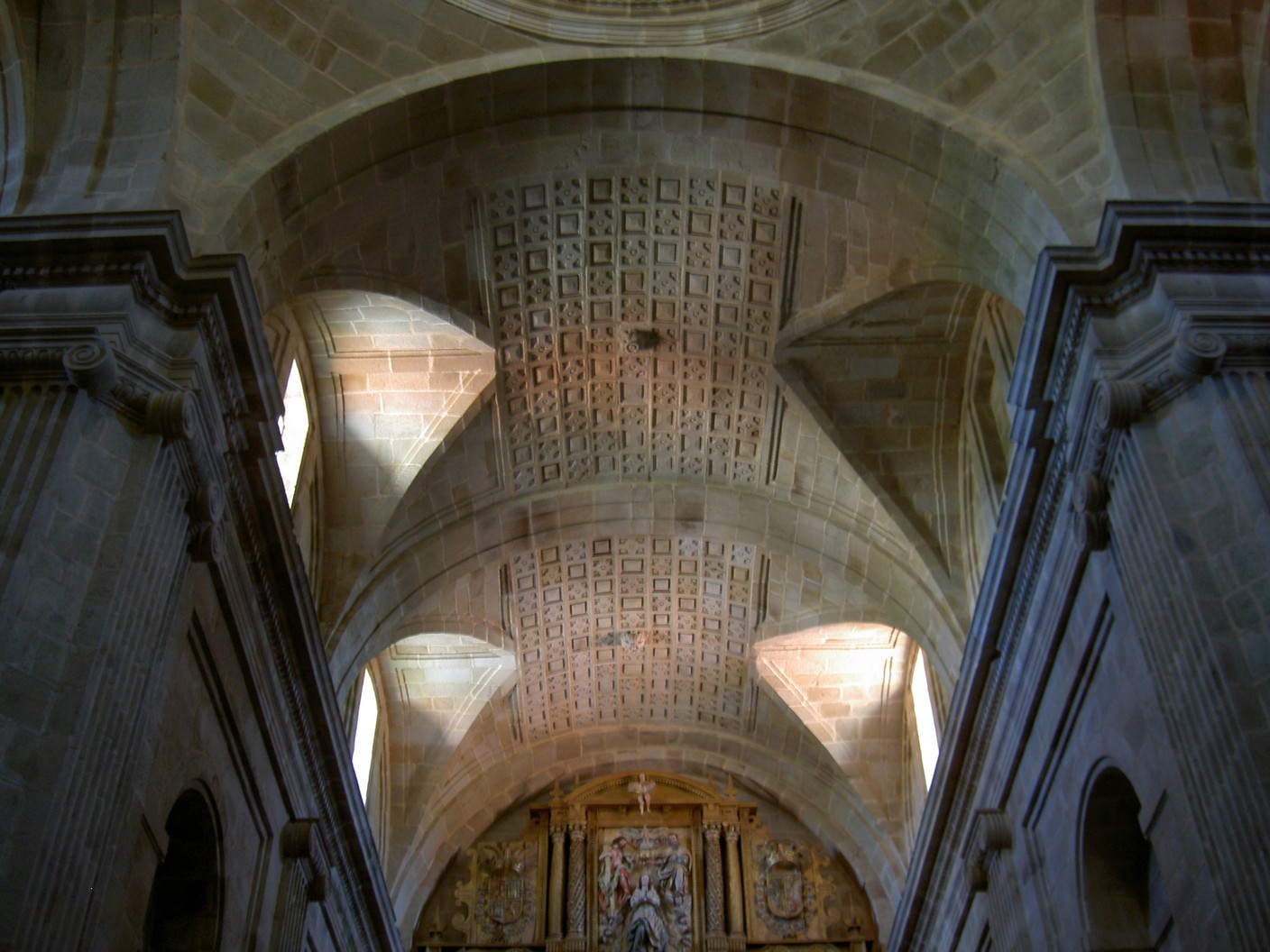 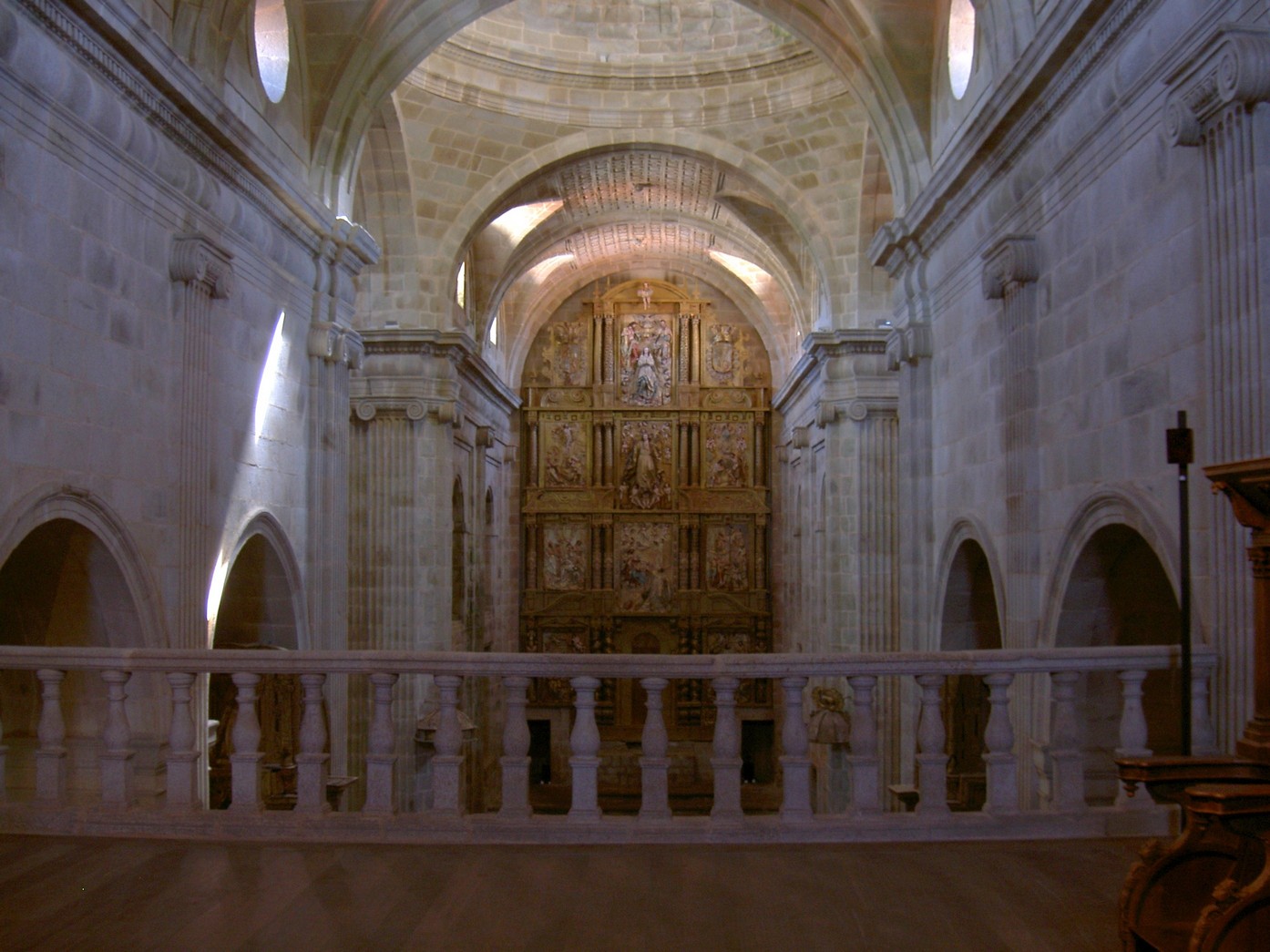 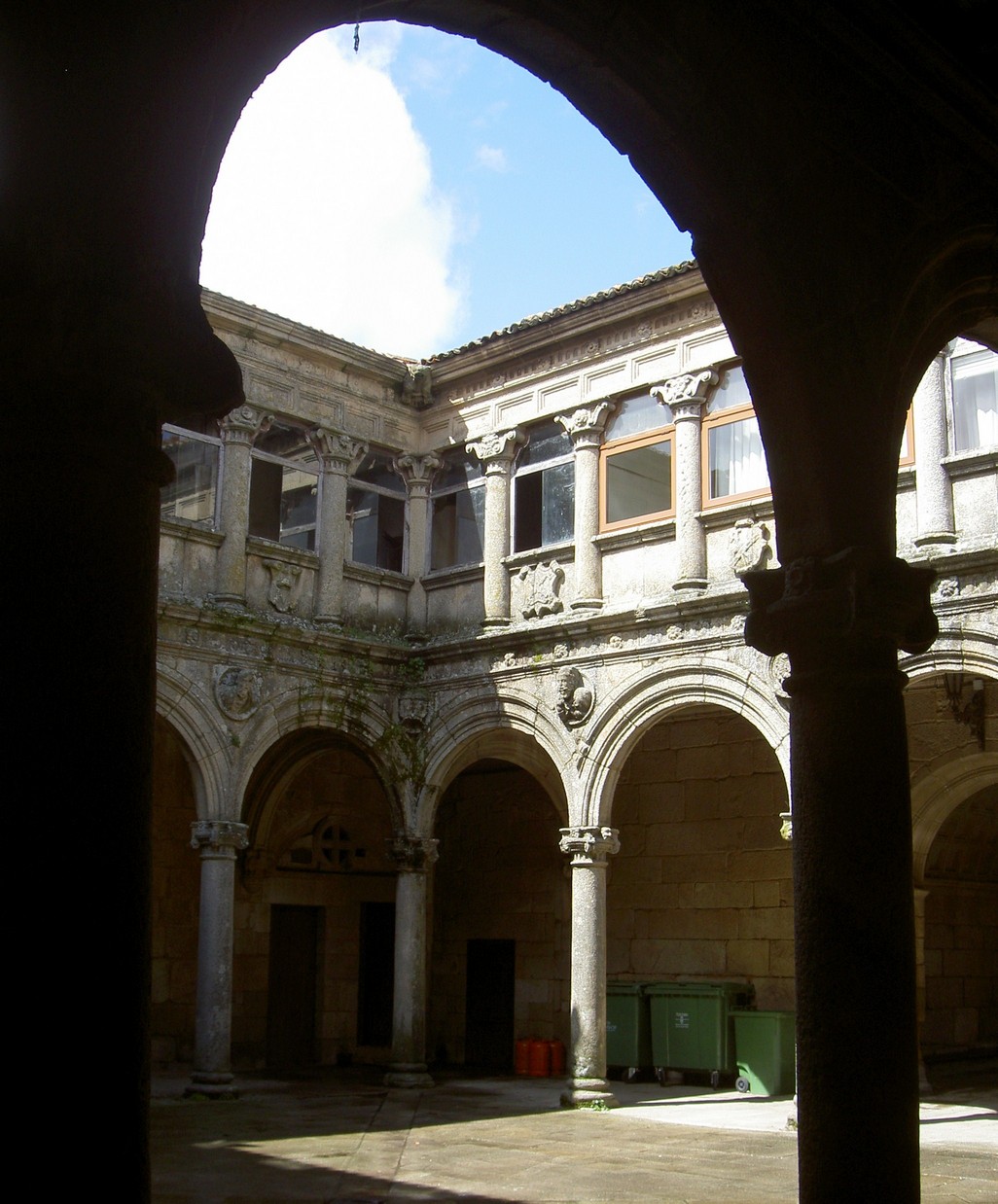 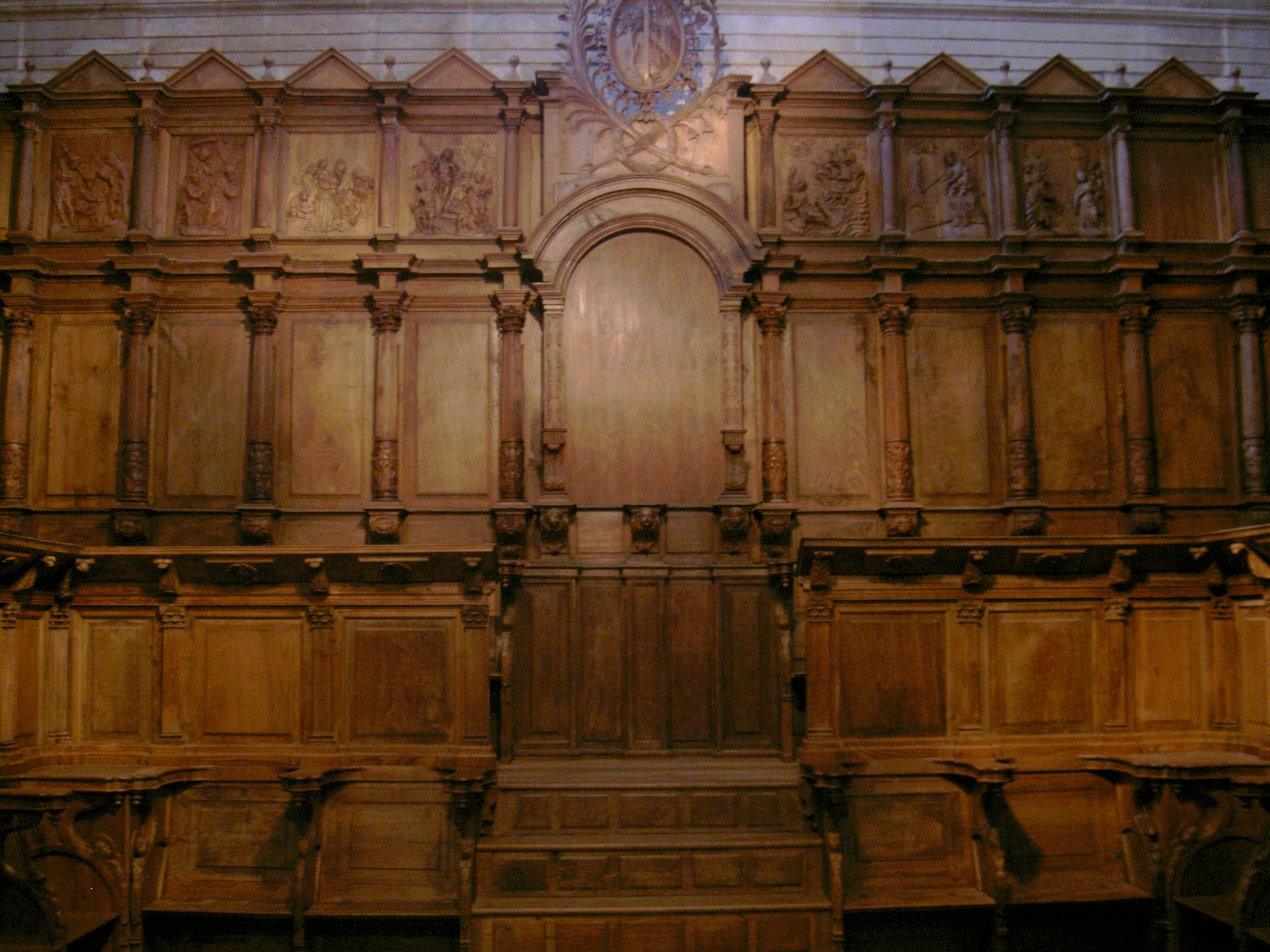 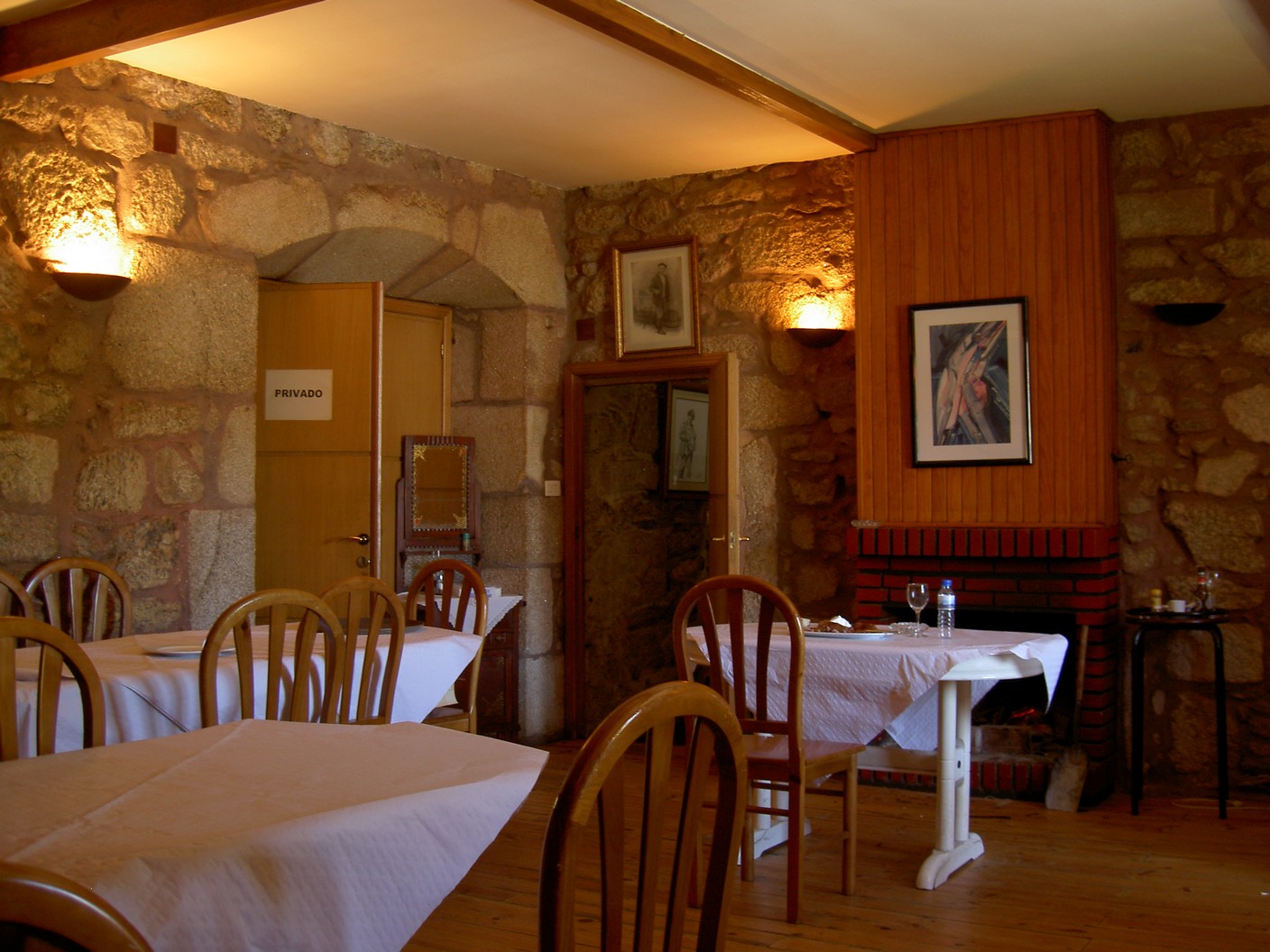