Heroes of Rodeiro – Past and Present

Nestled in the foothills of Monte Faro, on the eastern edge of the province of Pontevedra in Galicia, is the small town of Rodeiro. It’s the type of sleepy, rural backwater that travellers pass through on their way to somewhere else. It lies in the Val de Camba (Vale of Camba) on the Camino Invierno (winter route of the Camino de Santiago). You could be forgiven for thinking that this is its only claim to fame but dig a little deeper and Rodeiro offers visitors a warm welcome, beautiful architecture, and a great sense of pride in its local heroes; past and present. 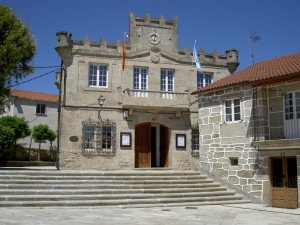 Rodeiro town hall – possibly the prettiest in the whole of Spain

The architectural jewel in Rodeiro’s crown is undoubtedly the town hall. It’s situated on the Praza Foi, just off the main street. Although the building is not of major historical significance, it must surely be one of the prettiest ayuntamientos in the whole of Spain.

The town developed around the crossing of two ancient roads. Nowadays, the crossroad has been superseded by a large roundabout. Centrepiece of this circular island is an impressive fountain featuring an intricately carved sculpture of a carro wheel (a traditional two wheeled Galician cart). 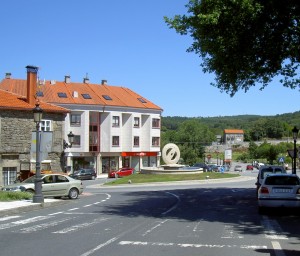 Adjacent to this is another marble sculpture. Chiselled from a single piece of local granite, it depicts an elderly couple dressed in local attire. It celebrates the contribution made by those of the 3rd age to the continuing prosperity of the area. The local economy relies heavily on agriculture and in particular milk production. In common with many rural towns in Galicia, Rodeiro has an ageing population. This statue seeks to celebrate the sacrifice of ordinary town’s folk whose actions have left a legacy for future generations. Some were lucky and remained in the area to work; others became economic migrants to cities within Spain or in many cases, even further afield. 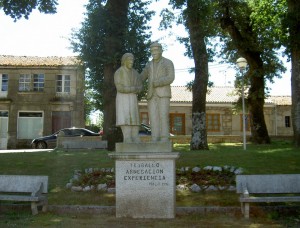 A celebration of the 3rd Age

Across from this stands a fitting memorial to the town’s most famous hero: the aviator Gumersindo Areán Rodriguez. He was born in the nearby village of Pedroso in January 1898. The son of farm labourers, he went on to become one of the most celebrated Republican pilots of the Spanish civil war. Forced into exile in 1939, he was reunited with his family in 1942 when they fled to Mexico. He remained there until his death in 1974. 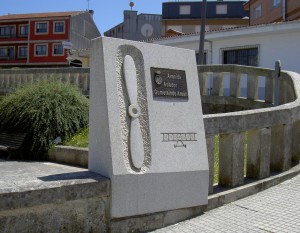 The street named after a local hero

Rodeiro clearly feels a historic link to this unsettled period in Spanish history: a point emphasised by the name of our lunchtime restaurant, Meson O’ Guerra (The War). Despite its name the owners of this charming establishment were attentive and friendly. 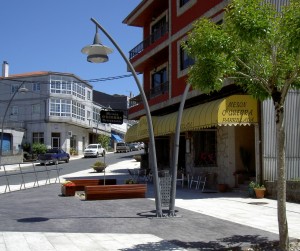 We started lunch with homemade Spanish tortilla. I followed this with Merluza a la galego: two moist steaks of hake served with boiled potatoes and drizzled with an oily pimiento sauce. Melanie opted for Lomo a la plancha, thinly sliced steaks of grilled pork served with French fries. We washed it down with a bottle of Viña Costeira: an excellent white from the Ribeiro region in Ourense. 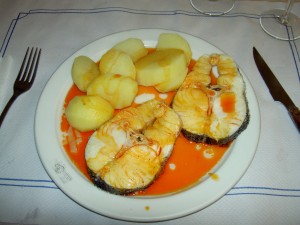 The next time your journey takes you through Rodeiro, set off a little early and take time out to explore this small town with a big heart. 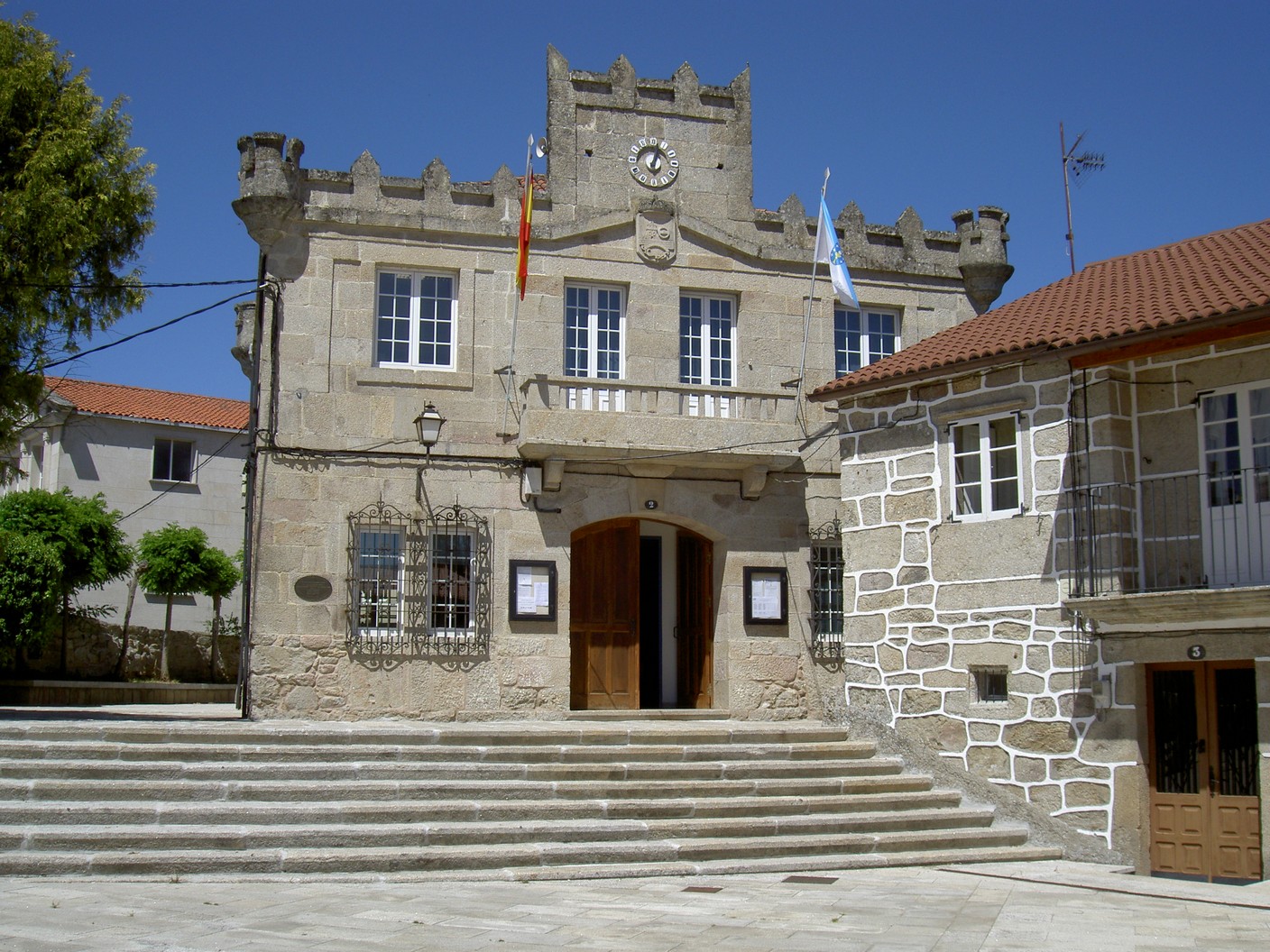 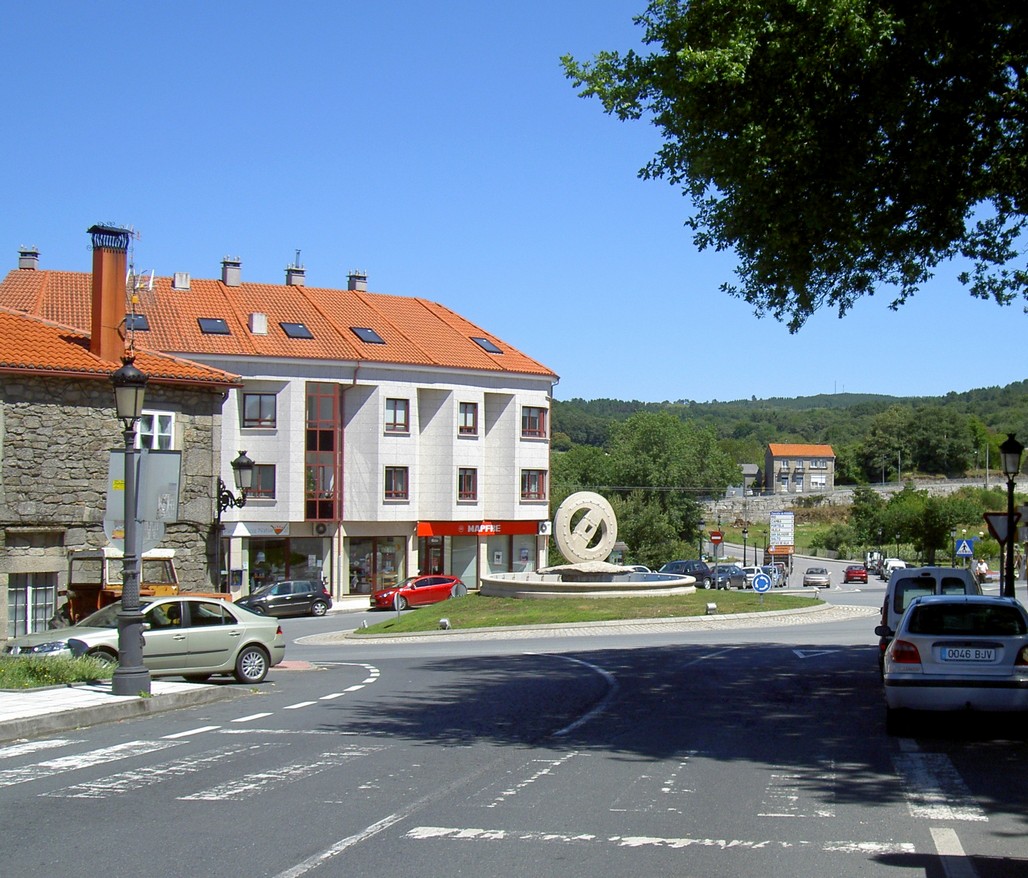 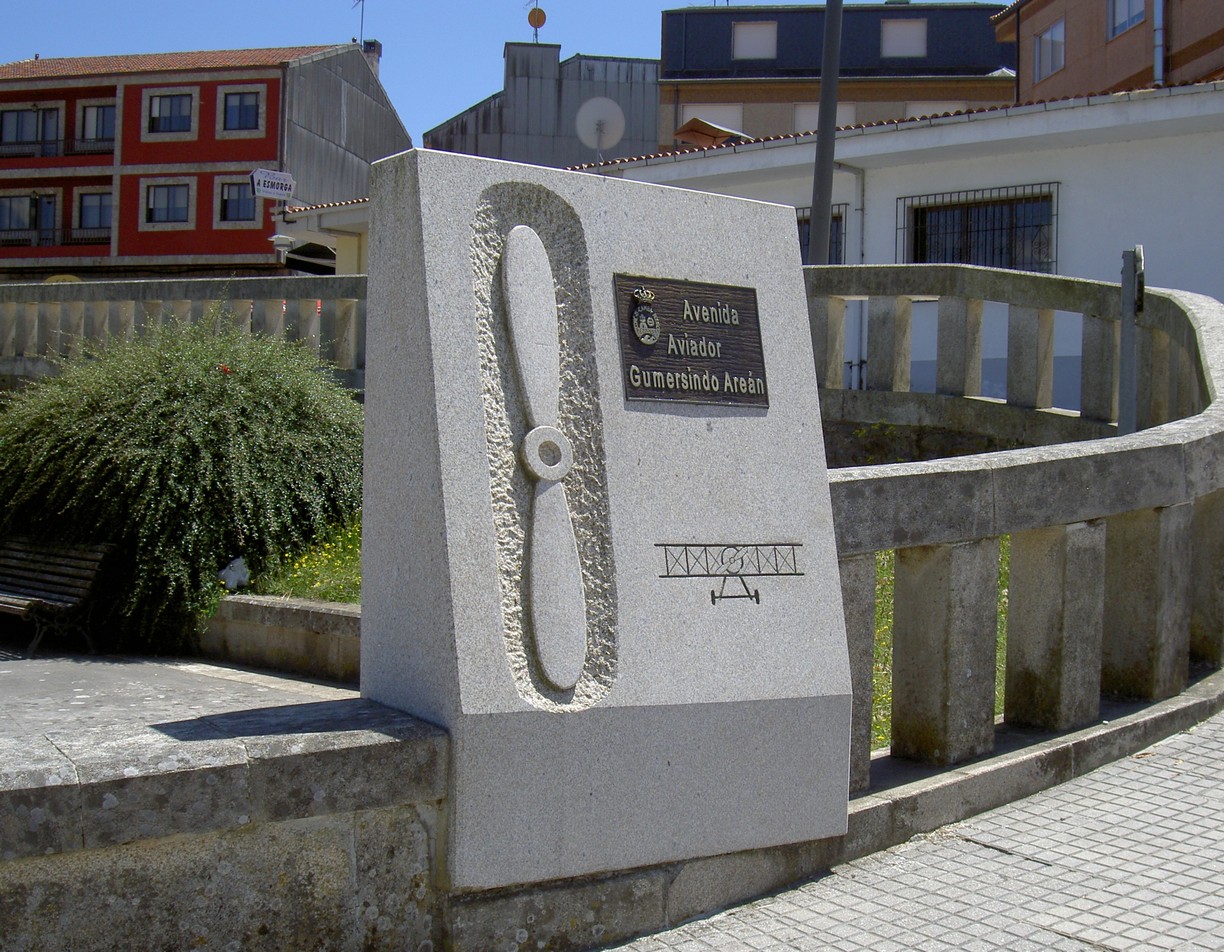 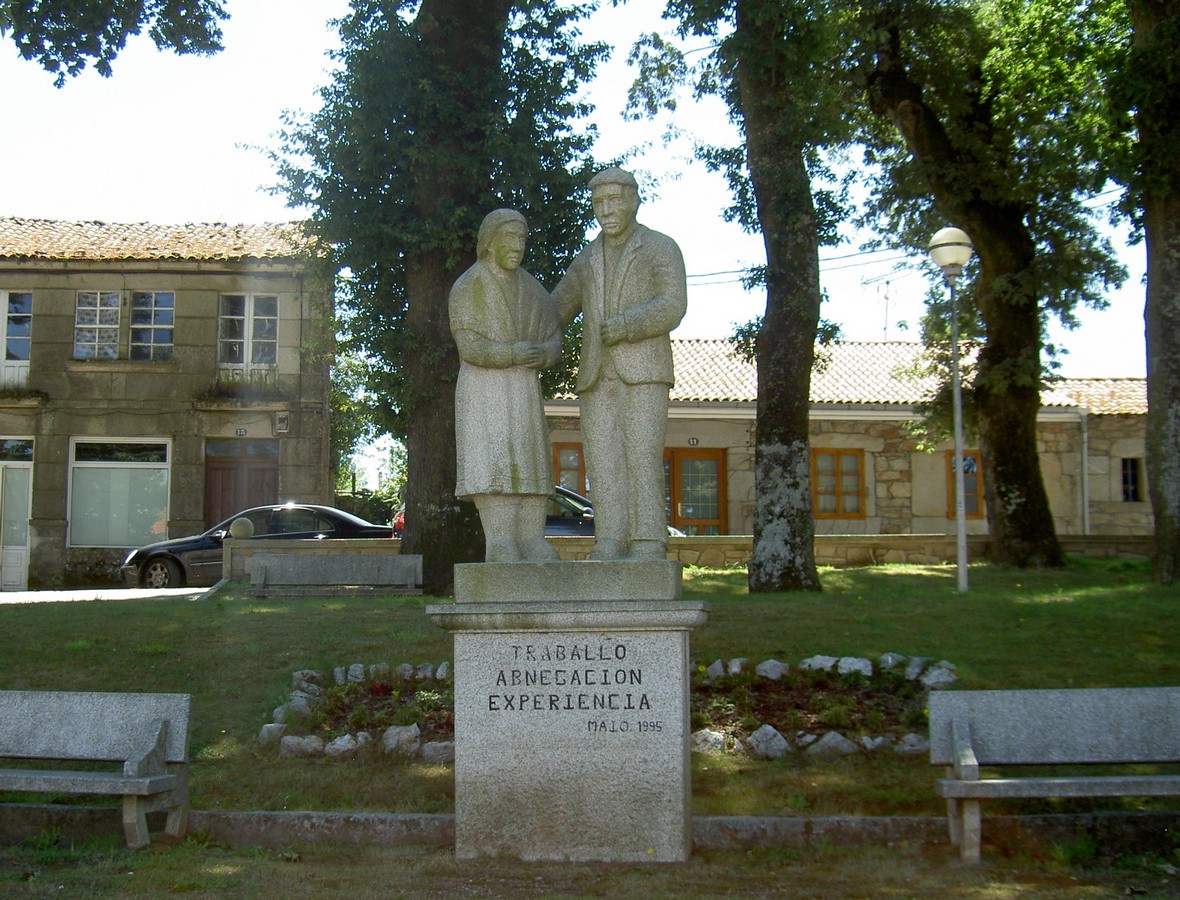 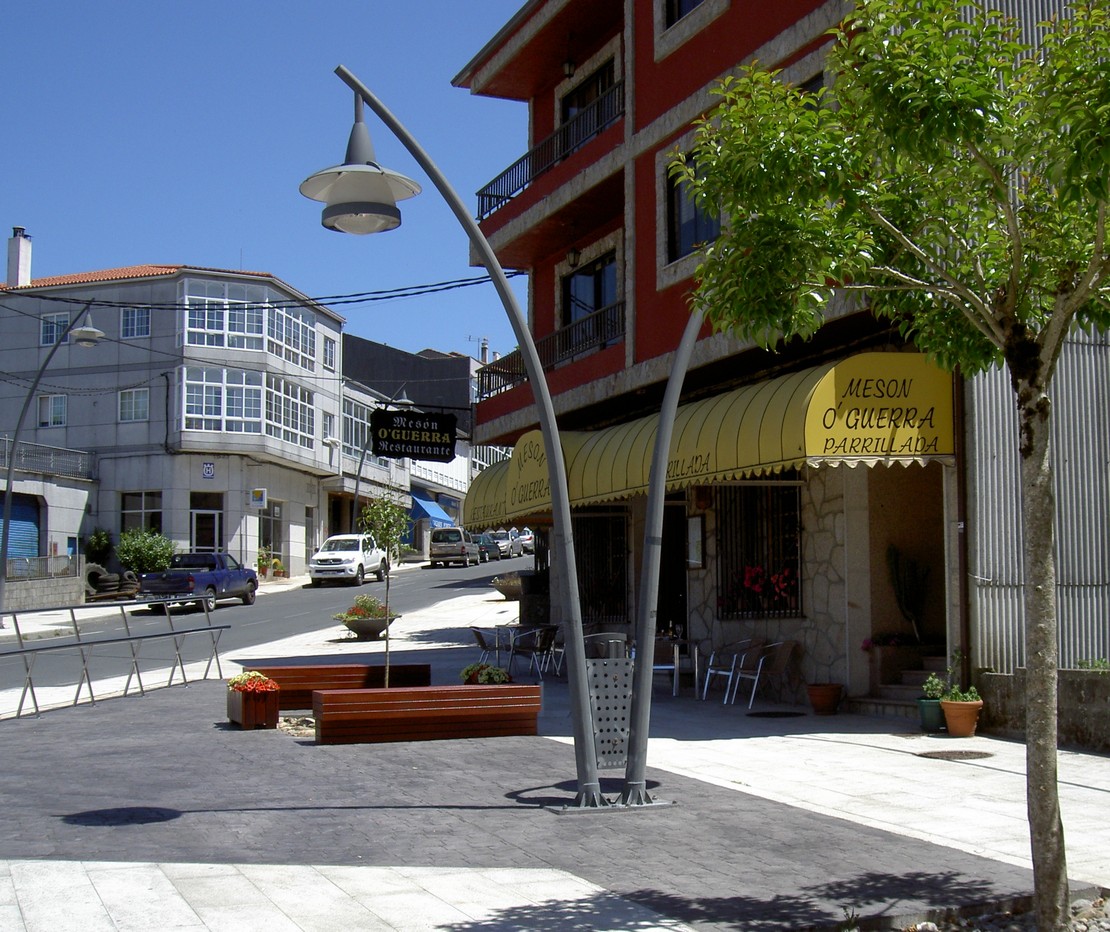 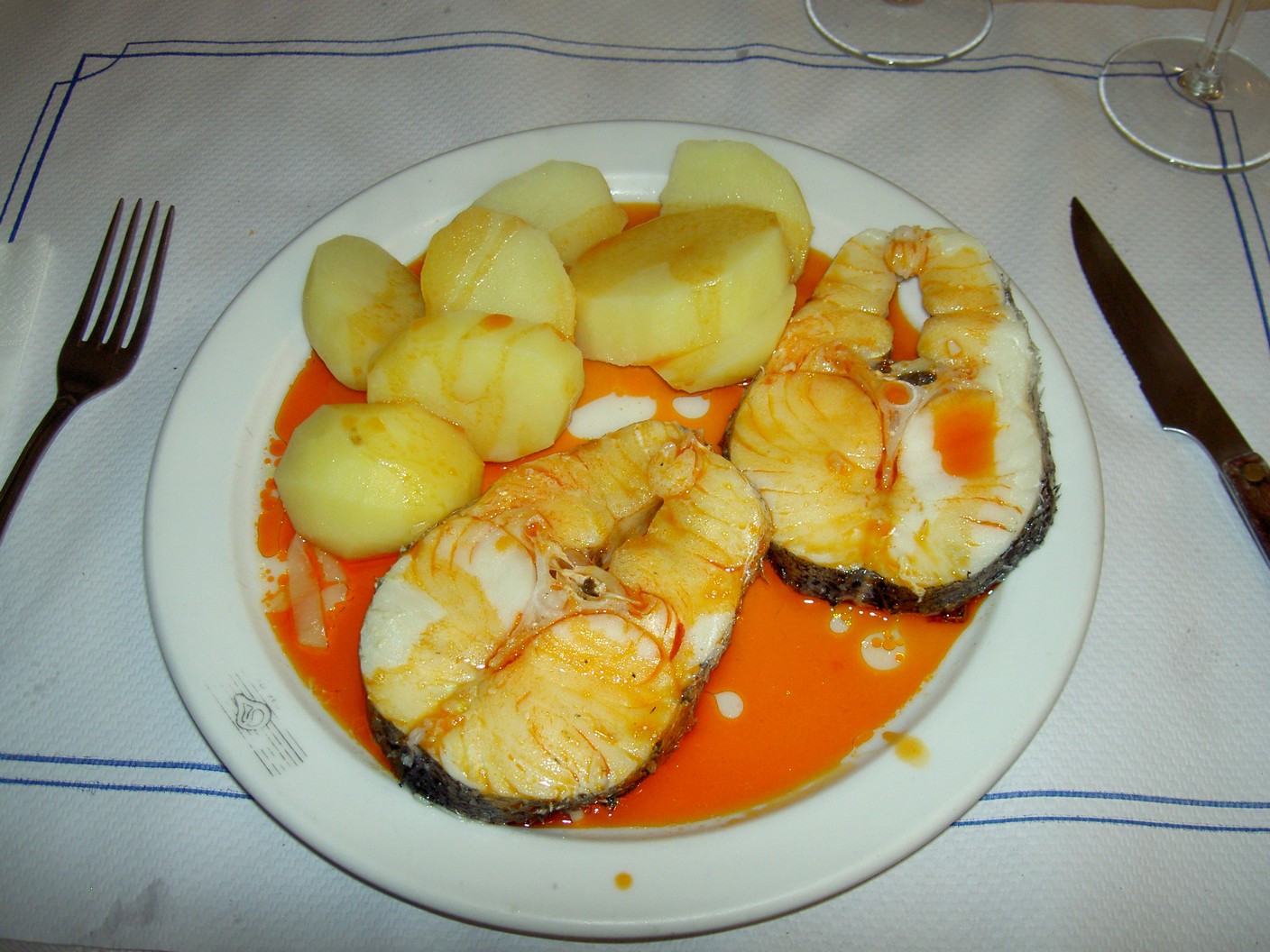