In 2012, just over 900,000 tourists visited Galicia (source: Institute of Tourism). Of those, less than 200,000 were pilgrims walking El Camino de Santiago (Way of St. James). It’s hardly surprising then, that when I mention I live in Galicia most people say, “Where?”, and even less surprising that any reference to the Camino is followed by, “What’s the Camino?”

El Camino de Santiago was one of the most important catholic pilgrimages of the Middle Ages. Pilgrims would walk from the French border to the cathedral of Santiago de Compostela to visit the shrine of St. James: a distance of over 800 kilometres. Nowadays, there are many different routes to Santiago and many different reasons for undertaking the challenge. 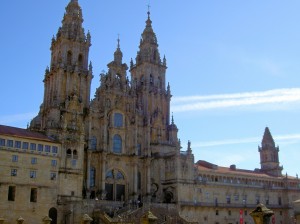 The pilgrims goal – The cathedral in Santiago de Compostela

To encourage tourism and increase the number of pilgrims walking the Way, a minimum distance of 100 kilometres was introduced. This is policed using a Credencial or Pilgrim’s Passport: stamped along the route at churches and overnight hostels (Albergue’s or Refugio’s). On production of a completed passport, at the Pilgrim’s office in Santiago, a Compostela or certificate is issued proving that the holder has completed the Camino.

Unfortunately, not everyone has the time, inclination or ability to walk even the minimum distance. Besides which, the romantic notion of wandering down rural pathways; enjoying the stunning countryside is far removed from the daily challenge to body and soul. The opportunities to stop, take breath, and actually get to know a place, are few and far between. 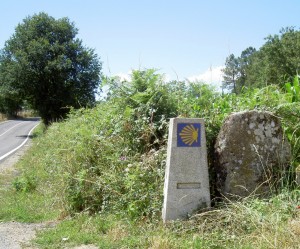 Galicia has far more to offer visitors than just the Camino; but to visit the area and fail to experience it would be an opportunity missed. Signs for the Camino are found throughout the region. They take the form of a scallop shell or contemporary representation of one. The choice of short walks is endless but one of my favourites is the five and a half kilometre stretch from Negrelos to the medieval bridge of Pedroso on the eastern edge of the province of Pontevedra. 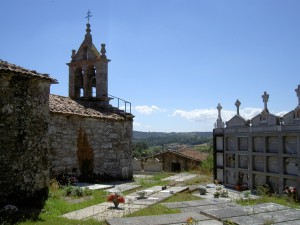 The romanesque church at Negrelos

The starting point of the walk is the church in the district of Negrelos: an excellent example of Romanesque architecture. The views over the surrounding countryside, from within the church grounds, are beautiful and so typical of Galicia: rolling hills, green pastures, and scattered patches of forests, all stitched together with a web of dry-stone walls. 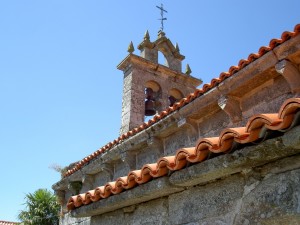 The 13th century church of Pedroso

The EP-6203 is a single track lane that winds its way through this idyllic countryside. Old, stone farmhouses are dotted along its course and cattle graze lazily in fertile pastures. Occasional shade is provided by ancient woodland of oak and chestnut.

Before long you’ll reach the village of Pazos. A slight detour from the road leads to the centre of the village and the church of Pedroso. Work began on its construction at the beginning of the 13th century and other than the occasional roof restoration has remained unchanged. 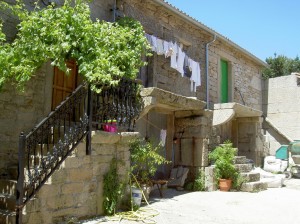 Laxas – A perfect example of rural life in Galicia

The next village along is Laxas: a time capsule of rural life. It’s a quaint village set in the heart of a farming community. From here it’s a short walk to the bridge of Pedroso. Built in the 12th century, this medieval bridge has stood the test of time. It’s quite a sobering thought to stand in the middle and consider the lives of those who, for the past 800 years, have walked this same route. 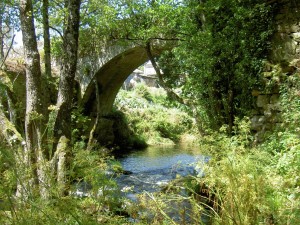 The Medieval bridge of Pedroso

Below this ancient crossing flows the Rio Arnego. To experience the Camino, stop, close your eyes, and listen to the babble of pilgrims drifting down the ages. 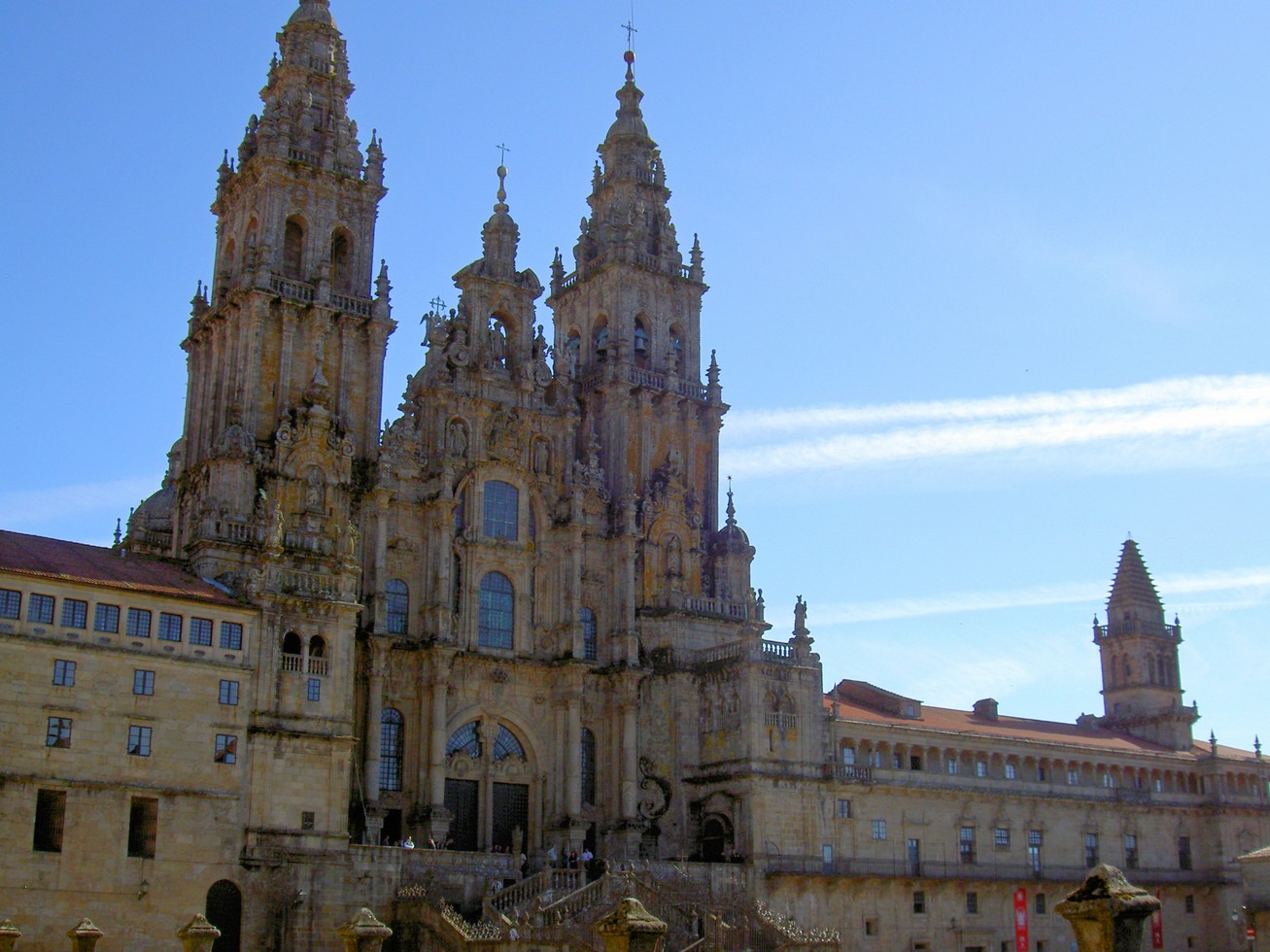 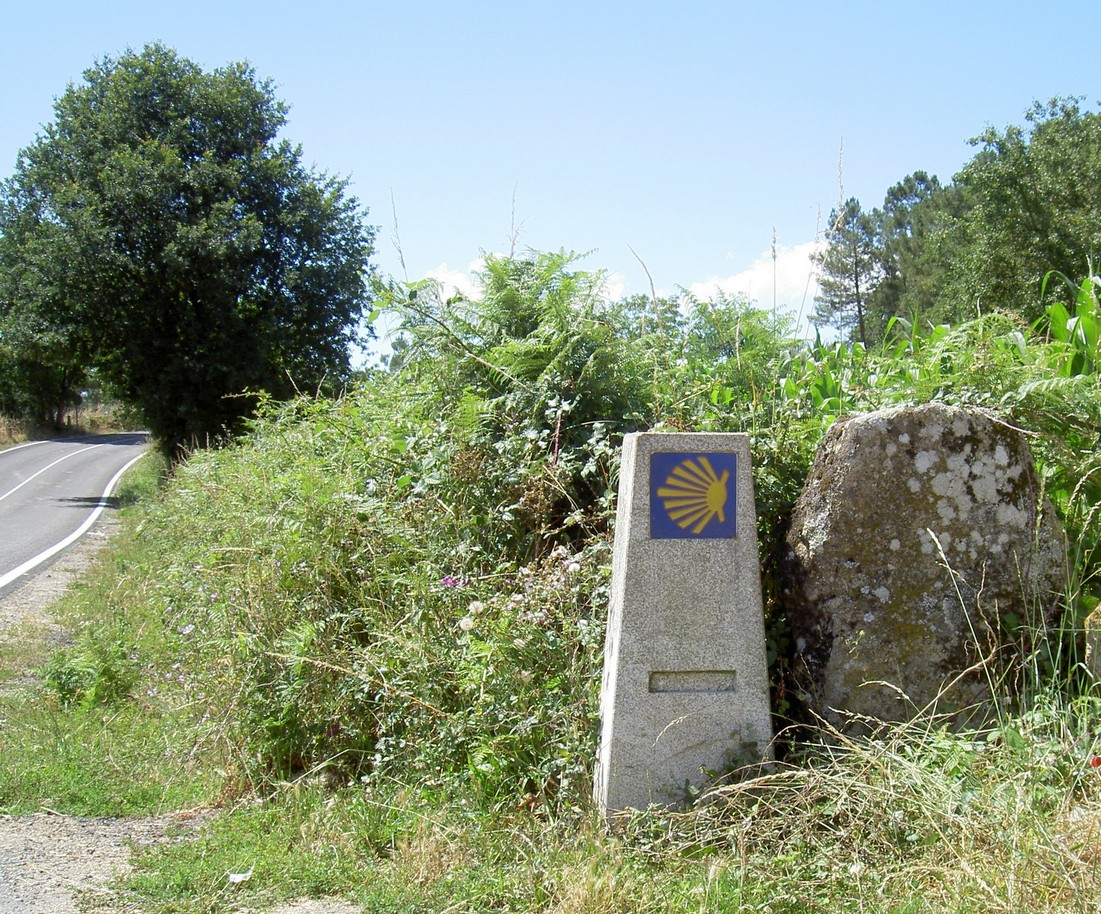 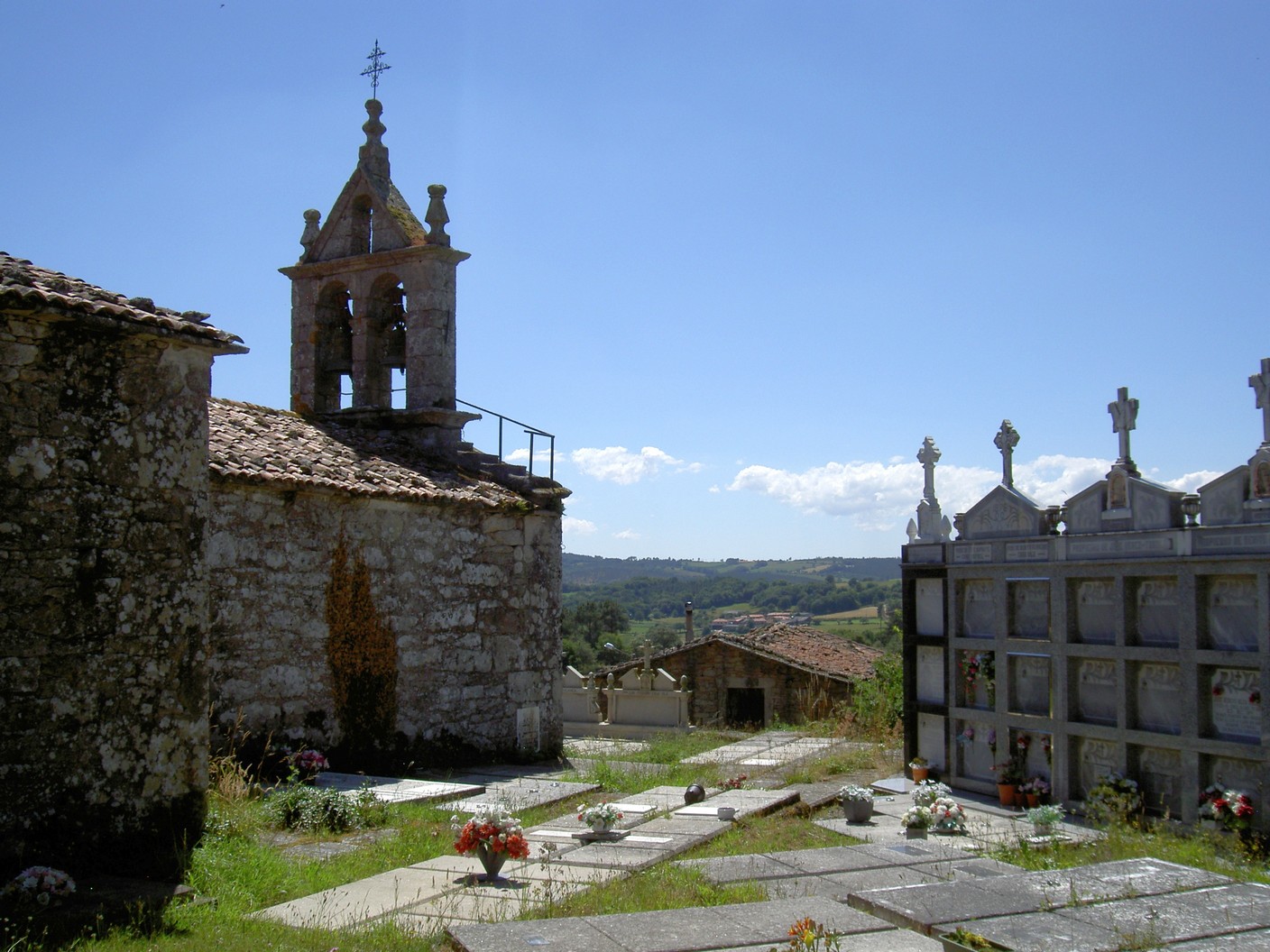 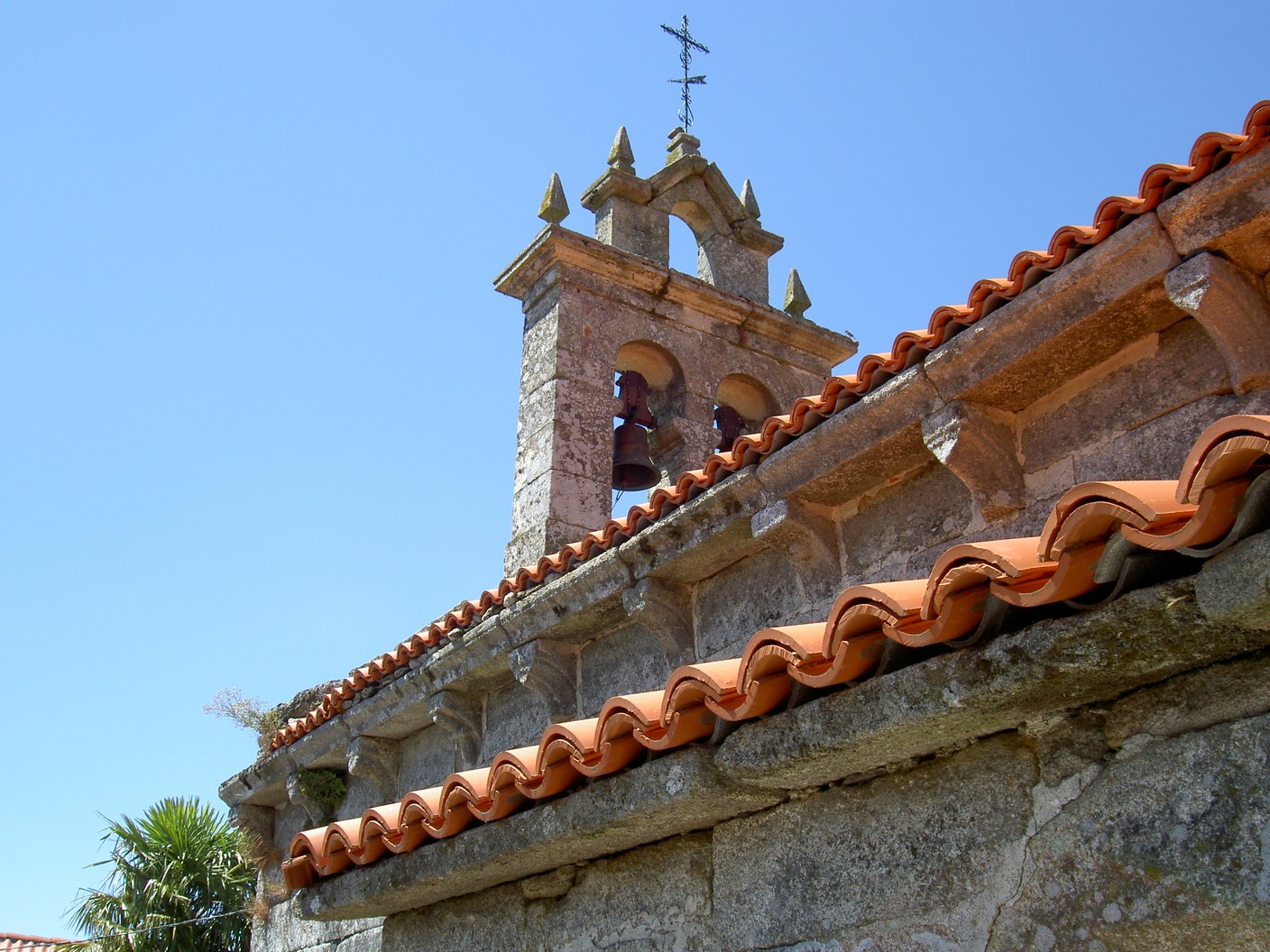 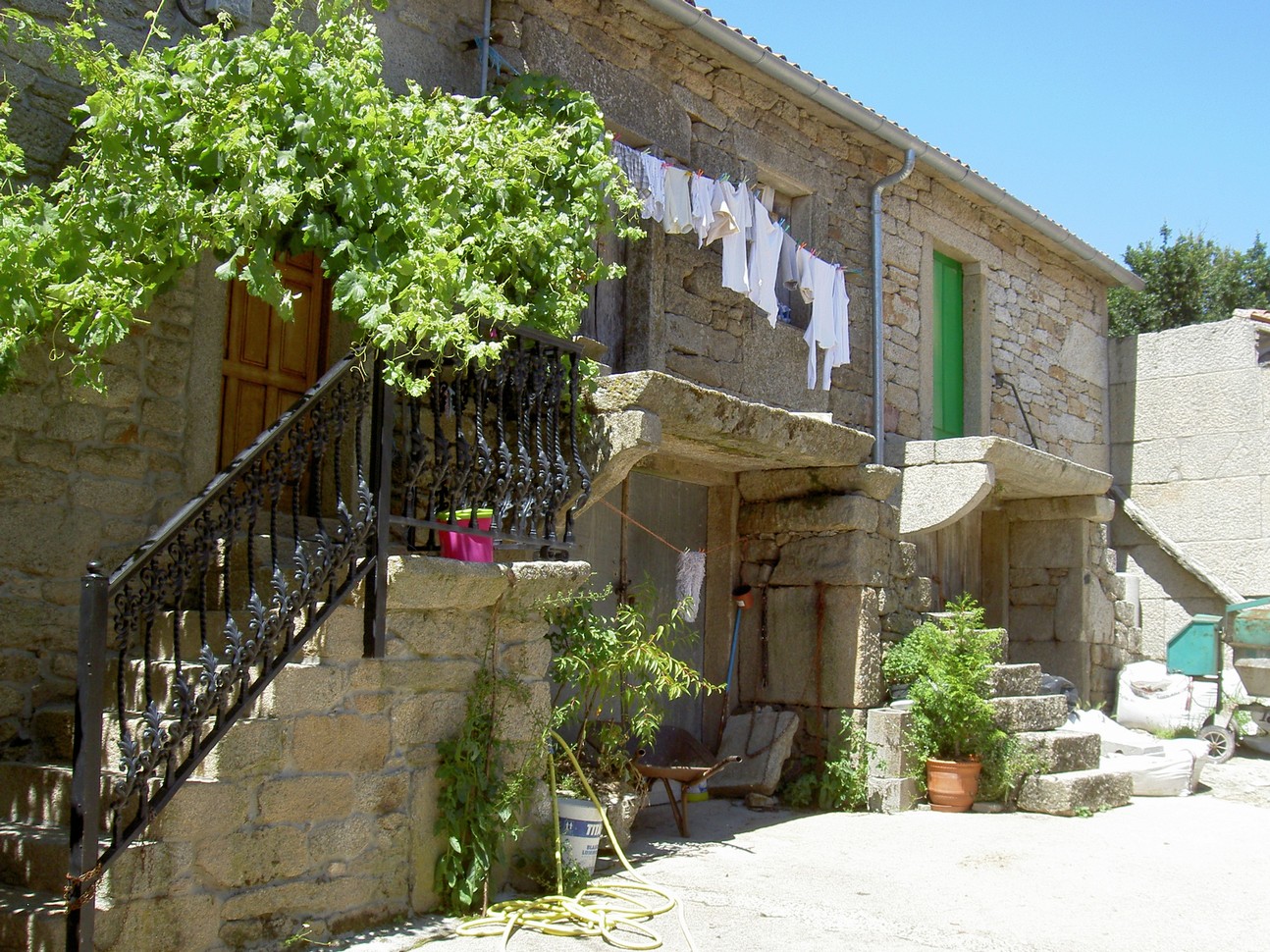 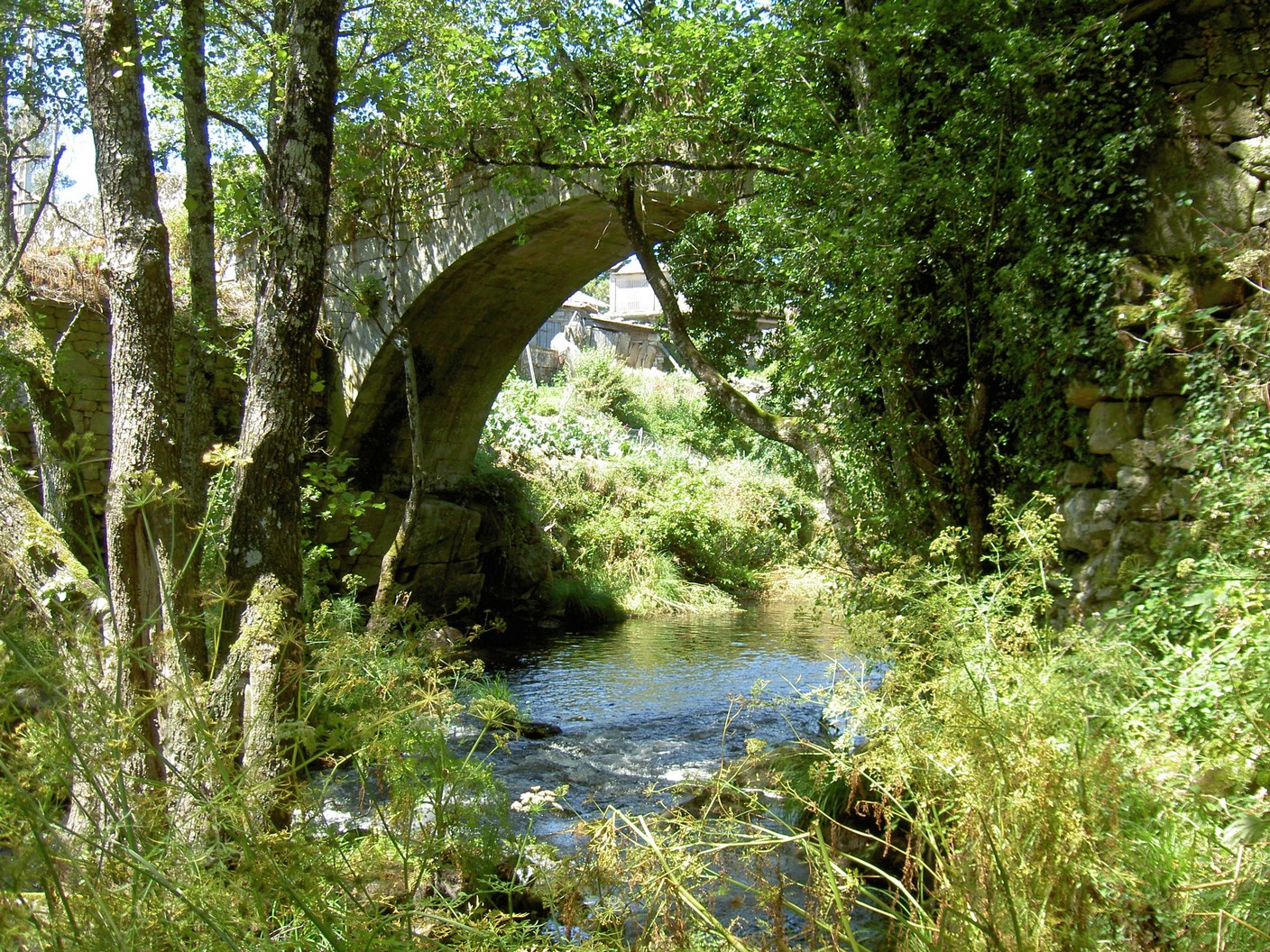