The province of Ourense, in the south of Galicia, has the distinction of being the only landlocked province in the region. That said, finding a waterfront eatery is never a problem. Galicia is well known for its wet winters. It’s hardly surprising then that dozens of lakes can be found scattered throughout the area. Some provide water for public consumption and others, along the river Sil, produce clean and renewable hydro-electricity. 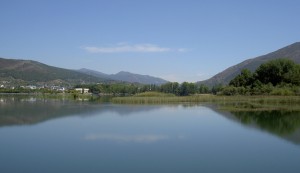 One of my favourite lakes is the Encoro de San Martiño: a vast body of water bordered to the southwest by the village of Petín and to the northeast by the town of A Rúa.

The history of the area dates back to the Celts. In the first century BC, Romans occupied the land. Petín and A Rúa came to prominence as an important river crossing around 77 AD following the completion of the Via Nova (The Roman road from Braga in Portugal to Astorga in Castile & Leon). 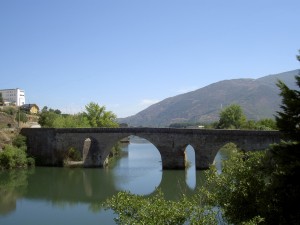 Leaving the careterra nacional (N-120), we drove down towards A Rúa turning right at the first roundabout. From here we could see the modern road bridge spanning the river Sil. Sitting alongside this is the old river crossing known as Puente de la Cigarrosa. This Romanesque-style bridge dates back to the 18th century. In the spring of 1809, during the Napoleonic invasion, this bridge was the scene of a vicious and bloody attack. History records that the young women of Petín rose up against the French troops, from nine in the morning until sunset, inflicting heavy losses on their enemy. Today the area is far more peaceful. 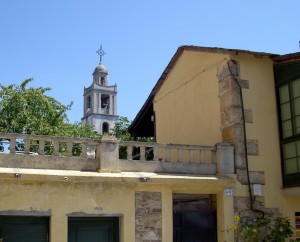 The spire of Petin church peers down on the village

The village of Petín is centred on a small square. Three bars compete for trade. During the summer months, street-side seating gives the place a very French feel: quite surprising given its past history. Narrow lanes lead away from the square. Strolling around the alleyways feels like you’ve stepped back in time. Head for the church: its spire can be seen peering down over rooftops. From here it’s a short walk to the paseo or promenade that runs along the edge of the lake. 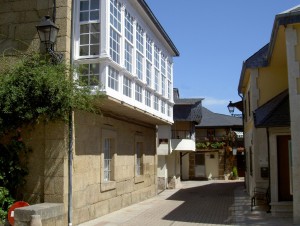 Stepping through the alleyways of time

The air felt warm and heavy as we stared out across the lake. On the far shore, we could just make out our lunchtime destination. A rumbling tummy was the only incentive we needed to hop back in the car and nip around to the far side.

The covered terrace of the restaurant O Refuxio in O Aguillón, a district of A Rúa, provides the perfect place from which to enjoy this beautiful setting. All meals are freshly prepared and well worth the wait. On this occasion we chose the homemade hamburgers accompanied with proper chips: quite a rare treat in these parts. 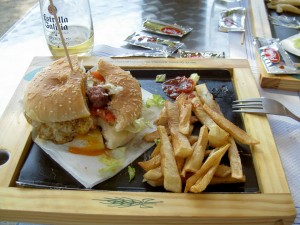 While we soaked up the scenery and tucked into our burger, small children gathered around an old man sitting at the lakeside fishing. Hungry parents looked on, grateful for a short intermission. 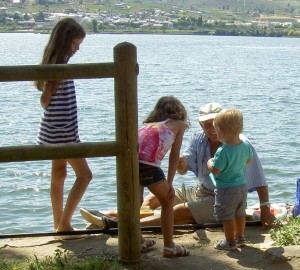 After lunch we strolled around the edge of the lake before heading out towards Viana do Bolo. We’d hoped to find one of the many bodegas open and stock-up on the local wine. This area falls under the Valdeorras D.O. (denominacion de origin), and is famous for its fruity white wines made from the godello grape. Unfortunately, none were open but we did stumble across a beautiful church on the outskirts of La Caseta. 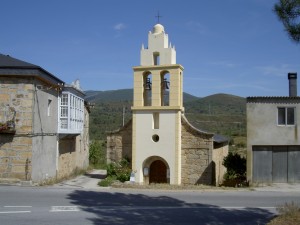 The Church at La Caseta

Spain has some of the most picturesque coastline in Europe, but not all waterfront eating relies on the Mediterranean to provide stunning views. The next time you’re in the area take a look at Encoro de San Martiño, you won’t be disappointed. 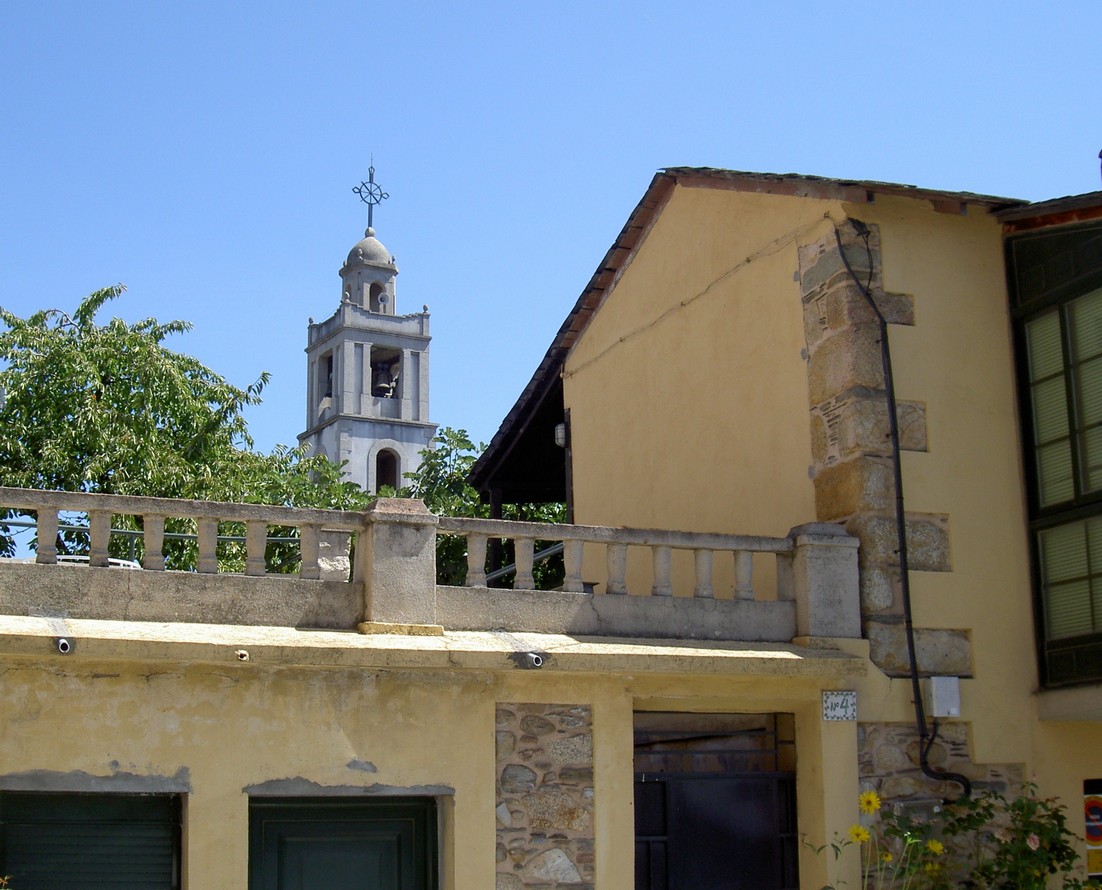 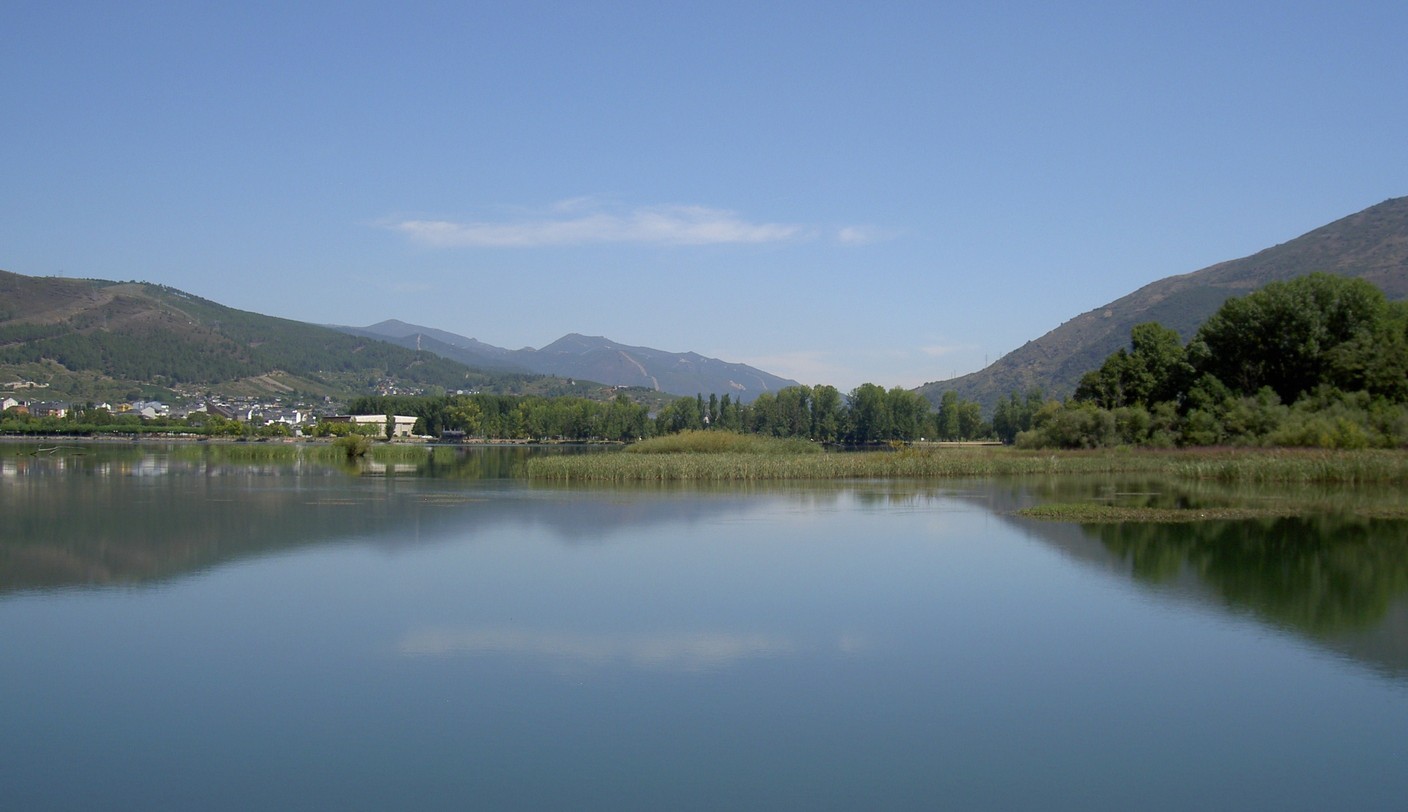 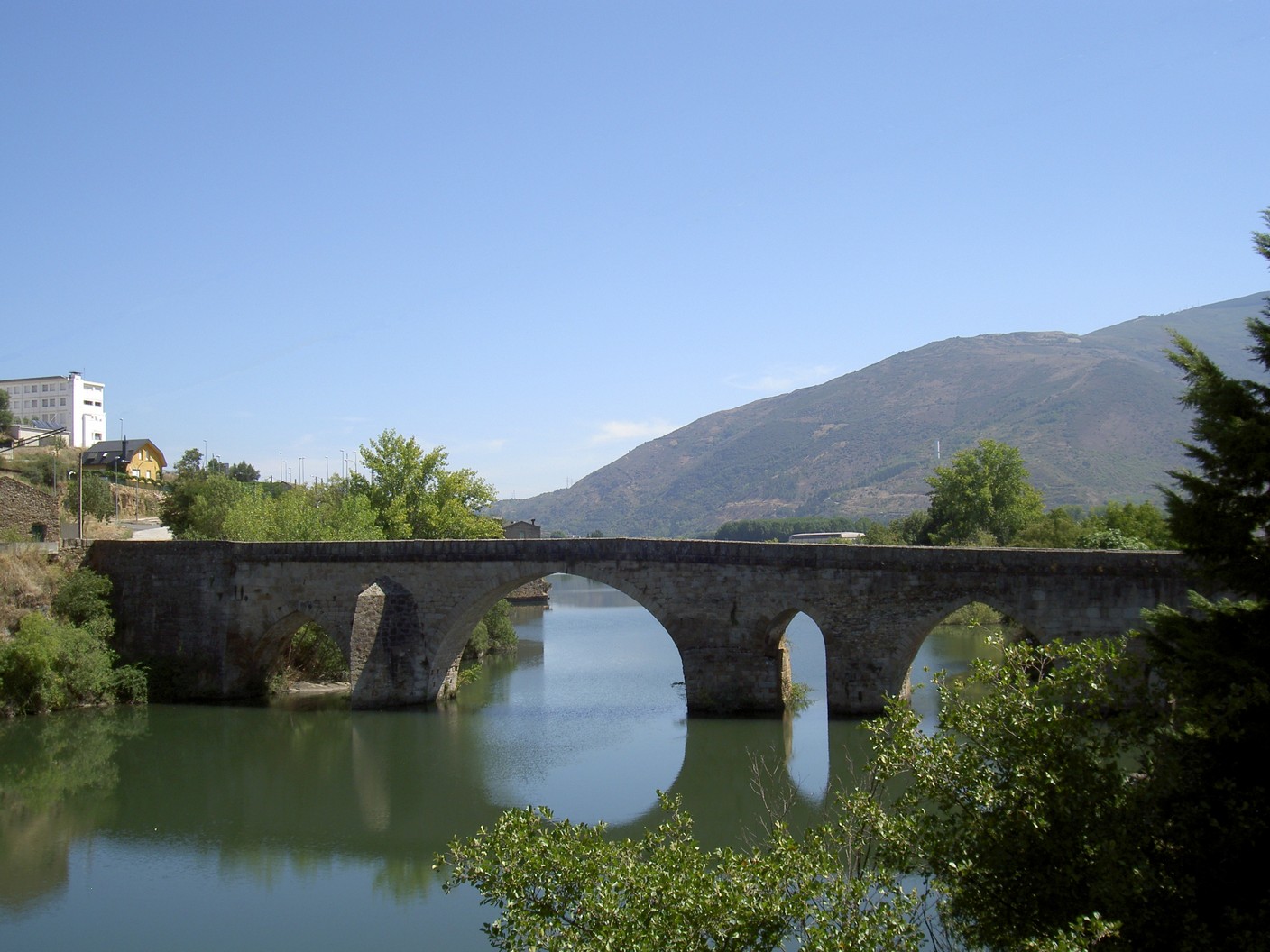 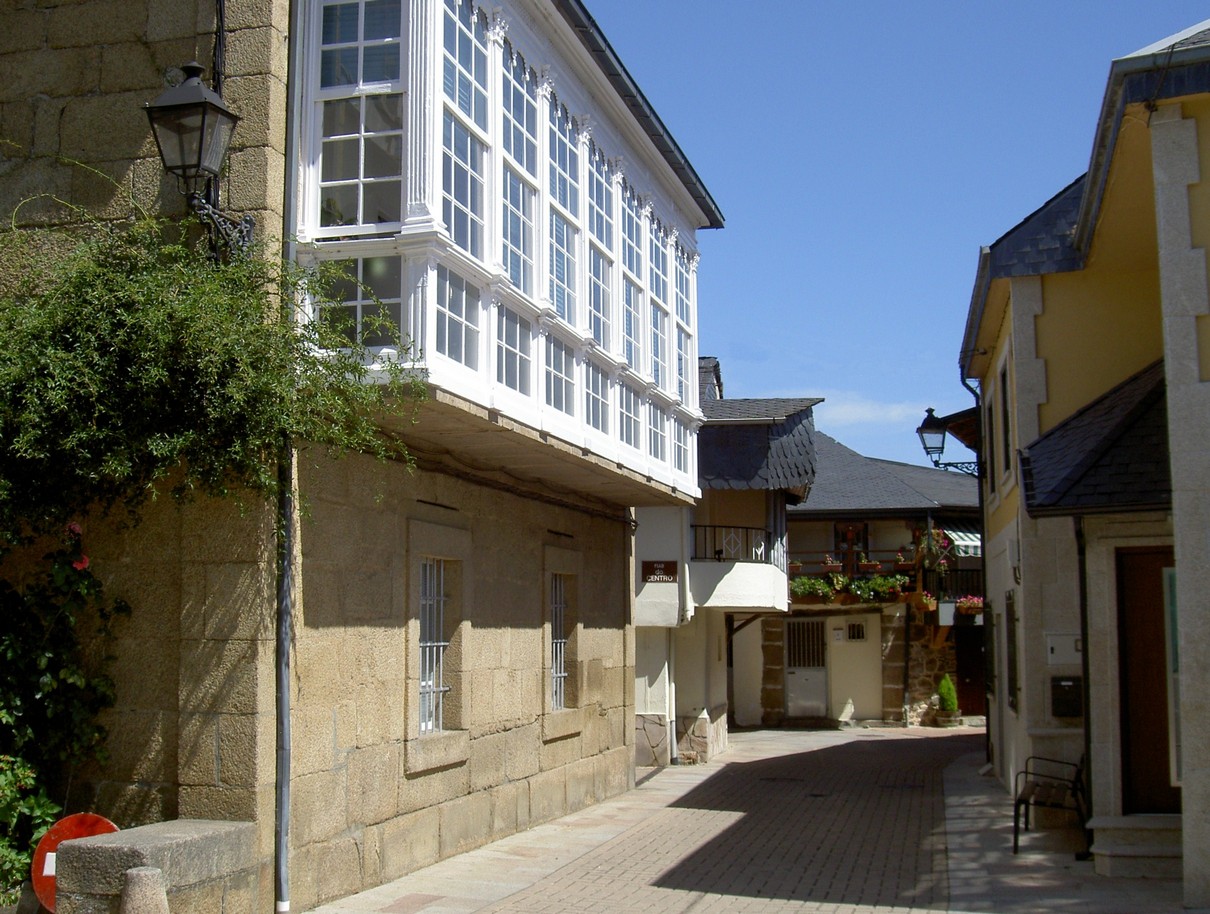 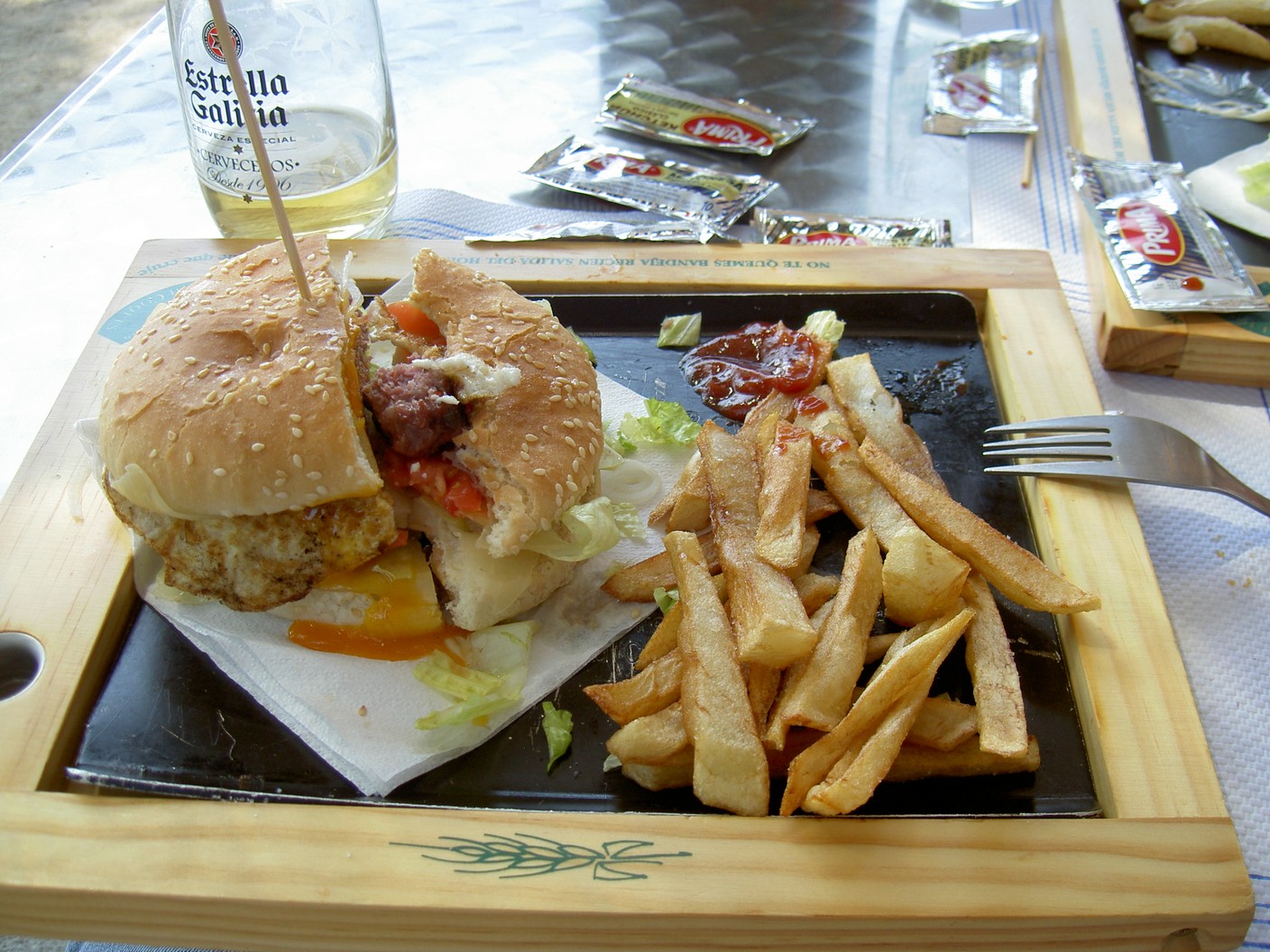 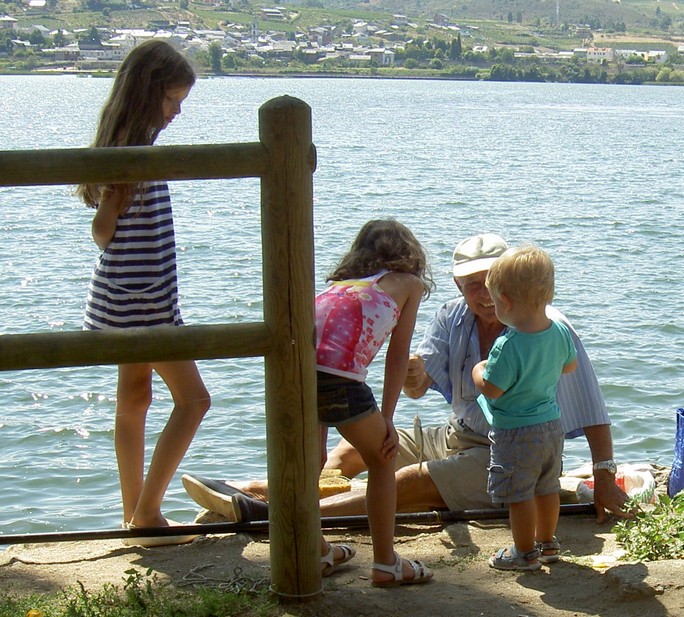 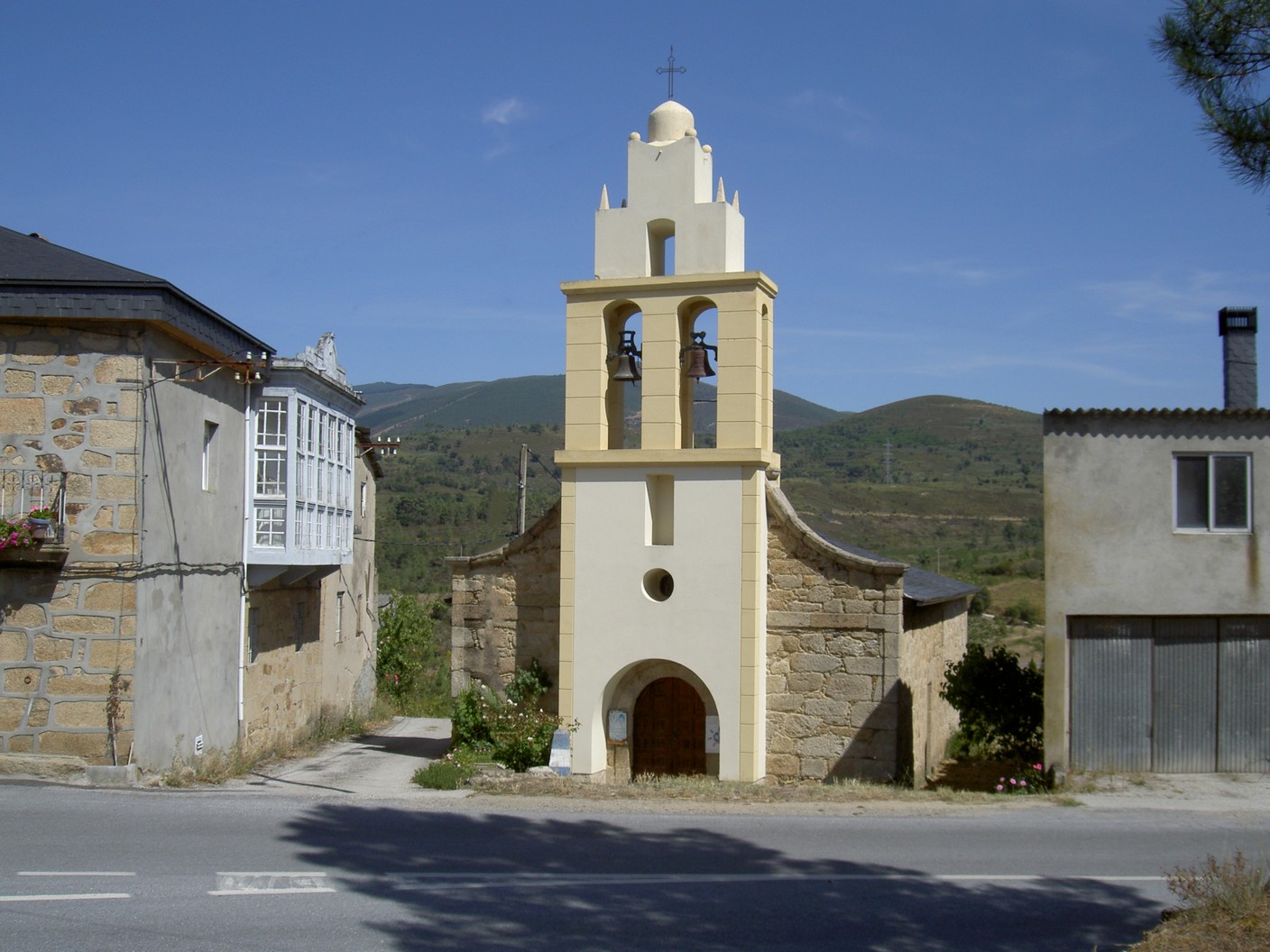