Hidden deep within the Galician countryside is one of the oldest Christian monasteries in Spain, San Pedro de Rocas (St. Peter of the Rocks). Its foundation stone credits seven men with its construction in the year 573 AD. 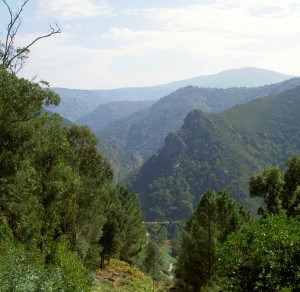 The valley of the river Sil

The drive to this ancient monument took us across the river Sil. Narrow country lanes meandered through pine forests and pastures. Halfway down the Sil valley we passed through the abandoned village of A Chaira before crossing the river. The steep ascent affords amazing views over the Encoro de Santo Estevo (reservoir). 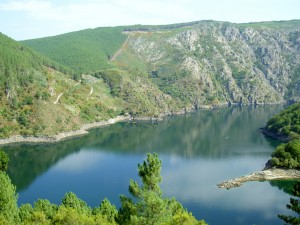 Just outside the town of Luintra we stumbled across a sign which read ‘Necrópole megalítica de Mámoas do Moura’ (Neolithic cemetery). Curiosity aroused, we turned off the main road and followed the sign. Within a few hundred metres, we found ourselves on a high plateau surrounded by ancient stone monuments. The landscape was littered with Neolithic megaliths. 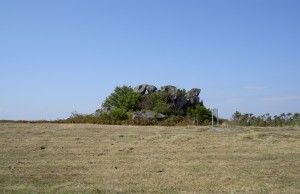 Today these prehistoric artefacts are referred to as dolmen. On this site, they date from 4,500 BC to 2,000 BC. To put this into context, Stonehenge was built between 3,100 and 2,500 BC. The original structures consisted of two or more upright stones supporting a roof or capstone; covered with a mound of earth. Hence their local name: mamoa is Galician for breast. 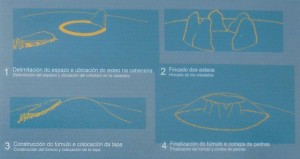 How to build a dolmen

Archaeologists are unsure of their exact purpose but believe they were burial chambers. For the smaller, older dolmen this seems a reasonable assumption; but surveying this vast landscape of fallen giants, I find it difficult to believe that these huge structures were built solely to house the dead. Some of the capstones are more than five metres in diameter while others have perfect circles chiselled into the solid granite. 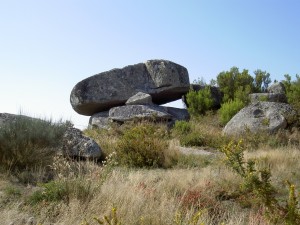 Whatever their purpose, this site held great significance for the ancient inhabitants of this land. At 750 metres above sea level (2,500 feet), the views over the surrounding countryside are breathtaking. If you ever wanted to feel close to your God, this would be the place to come. Eventually, I managed to tear myself away from this magical place. Half an hour later we were driving up a narrow track, winding its way through dense deciduous woodland. We entered a small car park. A notice board read, ‘Monasterio de San Pedro de Rocas’. Gravel chippings crunched underfoot as we made our way towards the bell tower, perched atop a natural rock, 20 metres high. 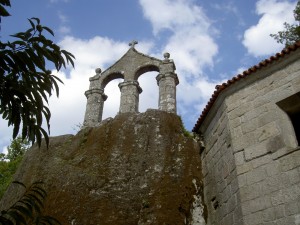 Inside this 6th century Christian temple are three naves, carved out of the solid rock. In the ceiling of the central nave, a hole allows light to filter into this manmade cave. On the floor of the church and atrium, numerous tombs have been excavated out of the granite.

Tombs chiselled into the granite

Located next door and housed in an old manor house is the visitors centre. There’s a shop selling regional wine and locally produced craft items. In other rooms, interactive exhibits show places of interest and give detailed information about the monastery.

The Ribeira Sacra is steeped in history and overflowing with hidden treasures. It’s a landscape full of surprises, where a drive in the countryside brings with it a new experience at every turn in the road. 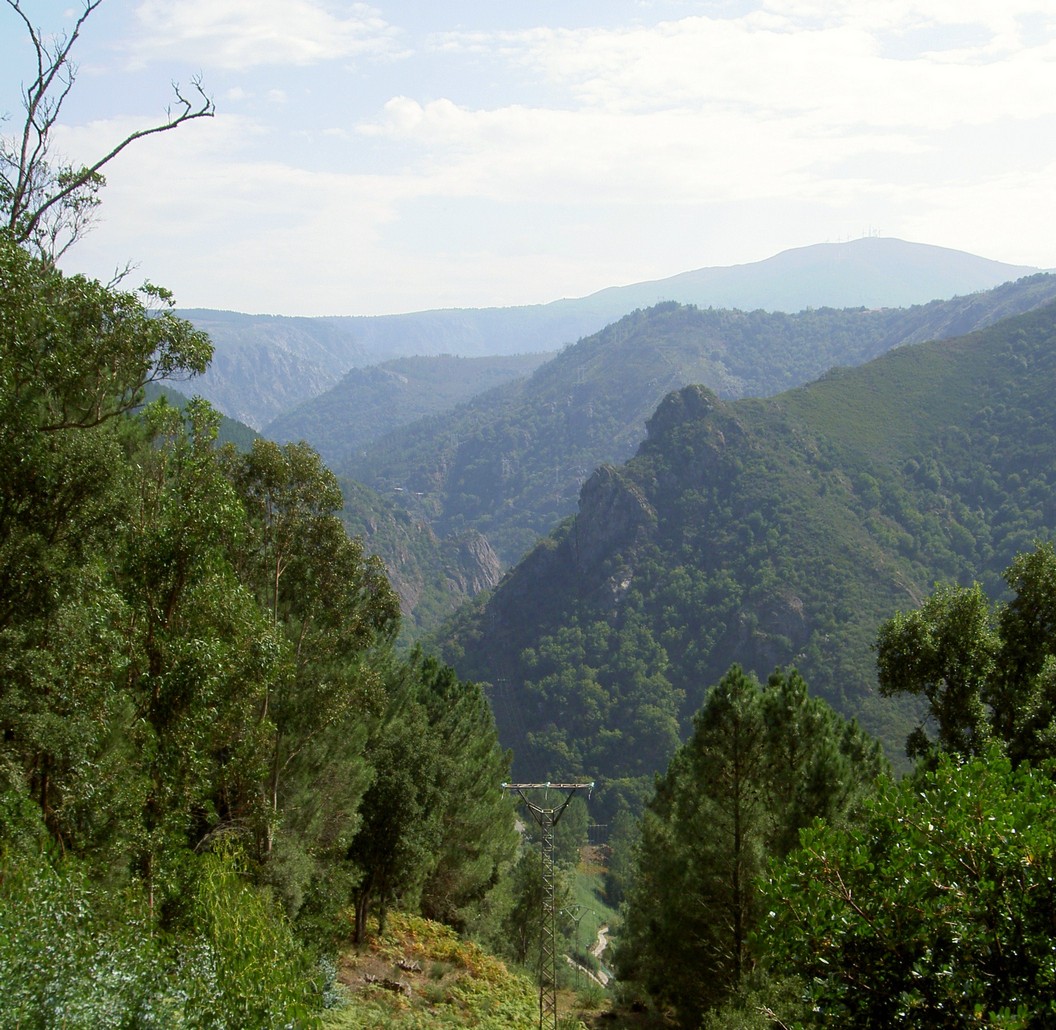 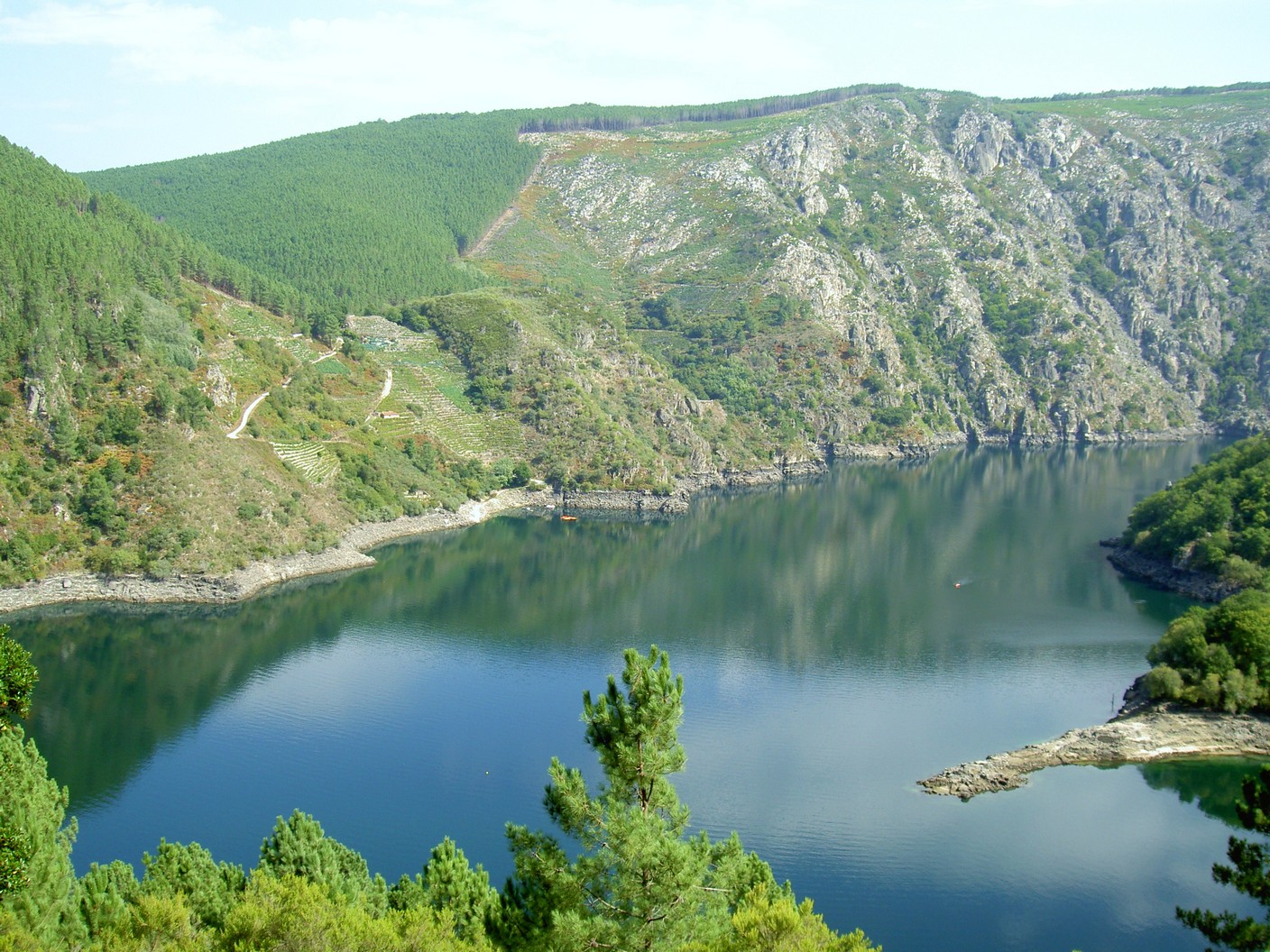 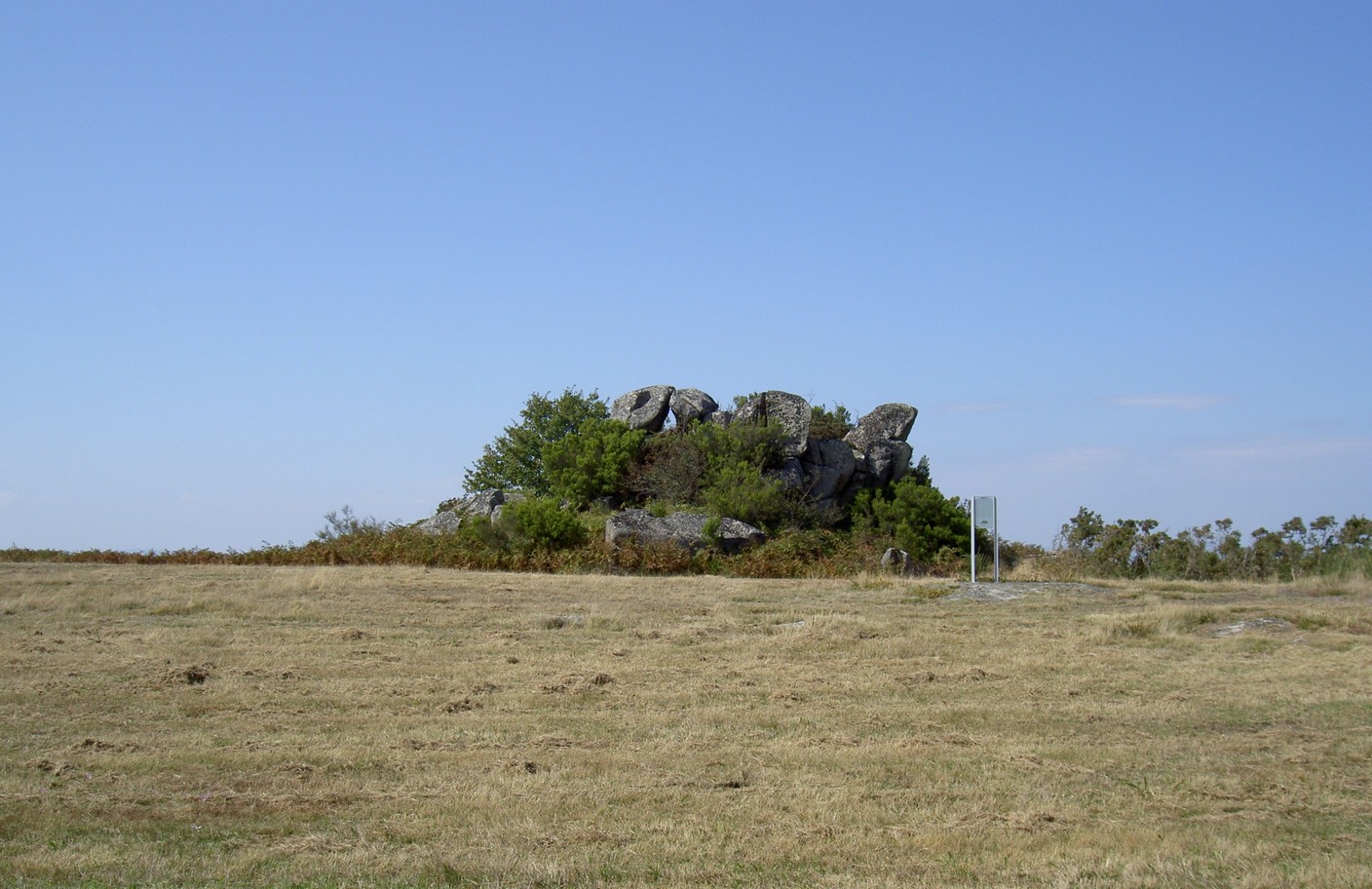 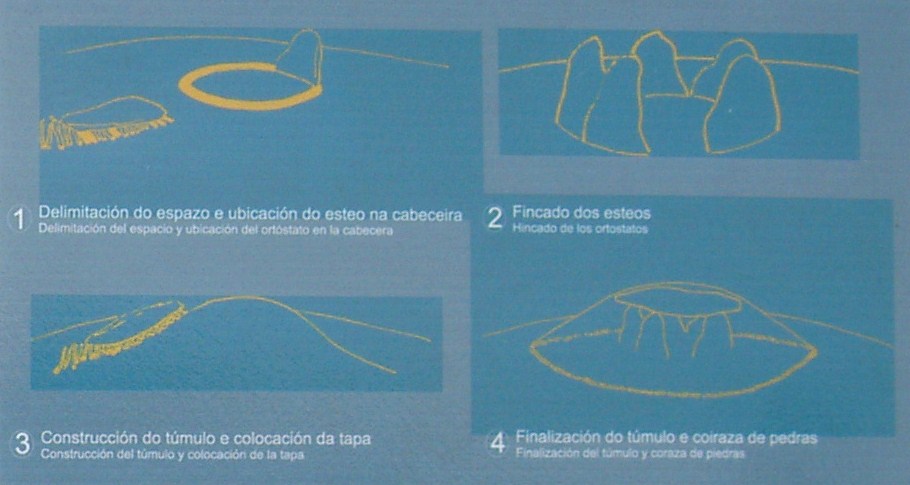 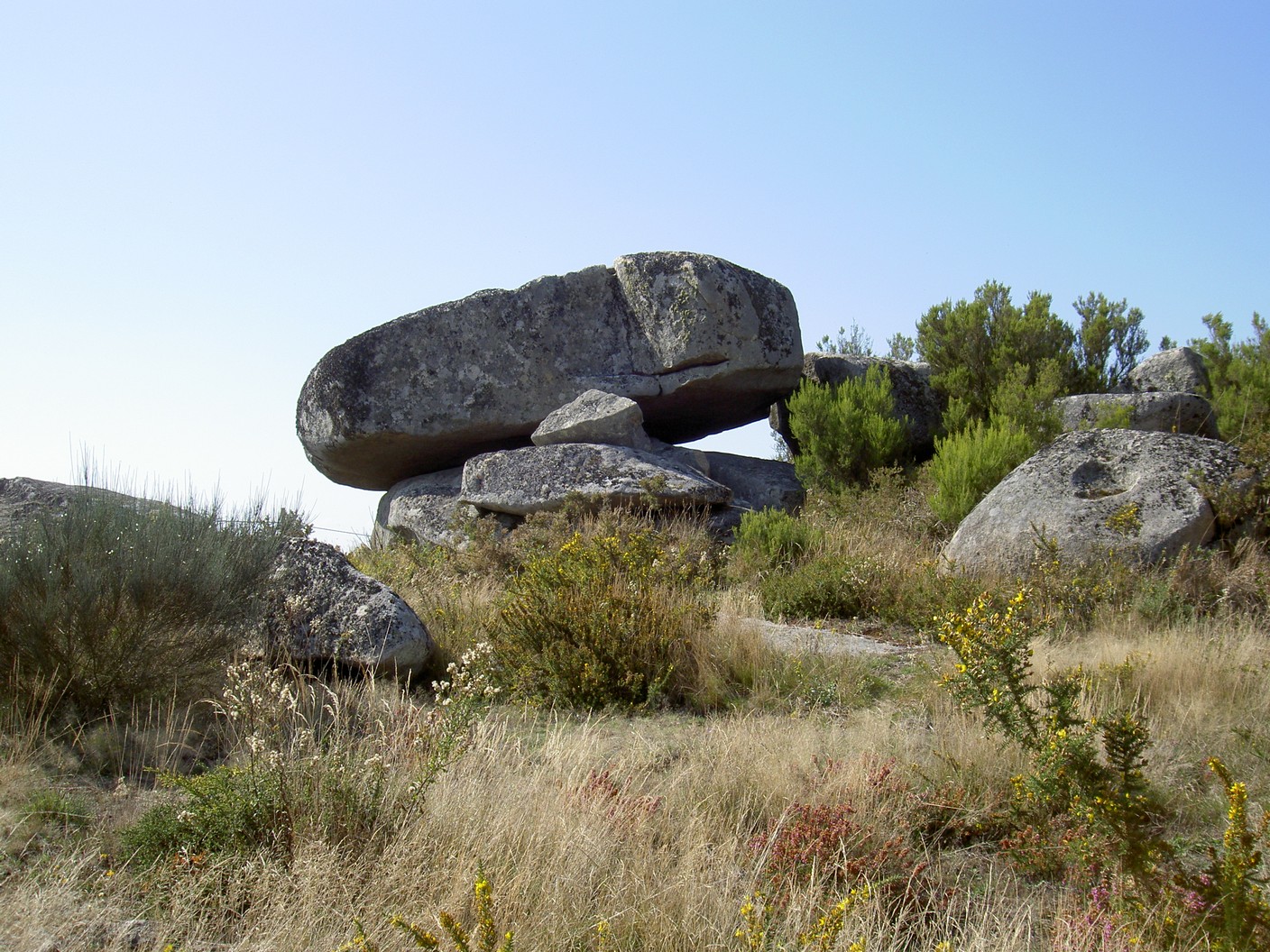 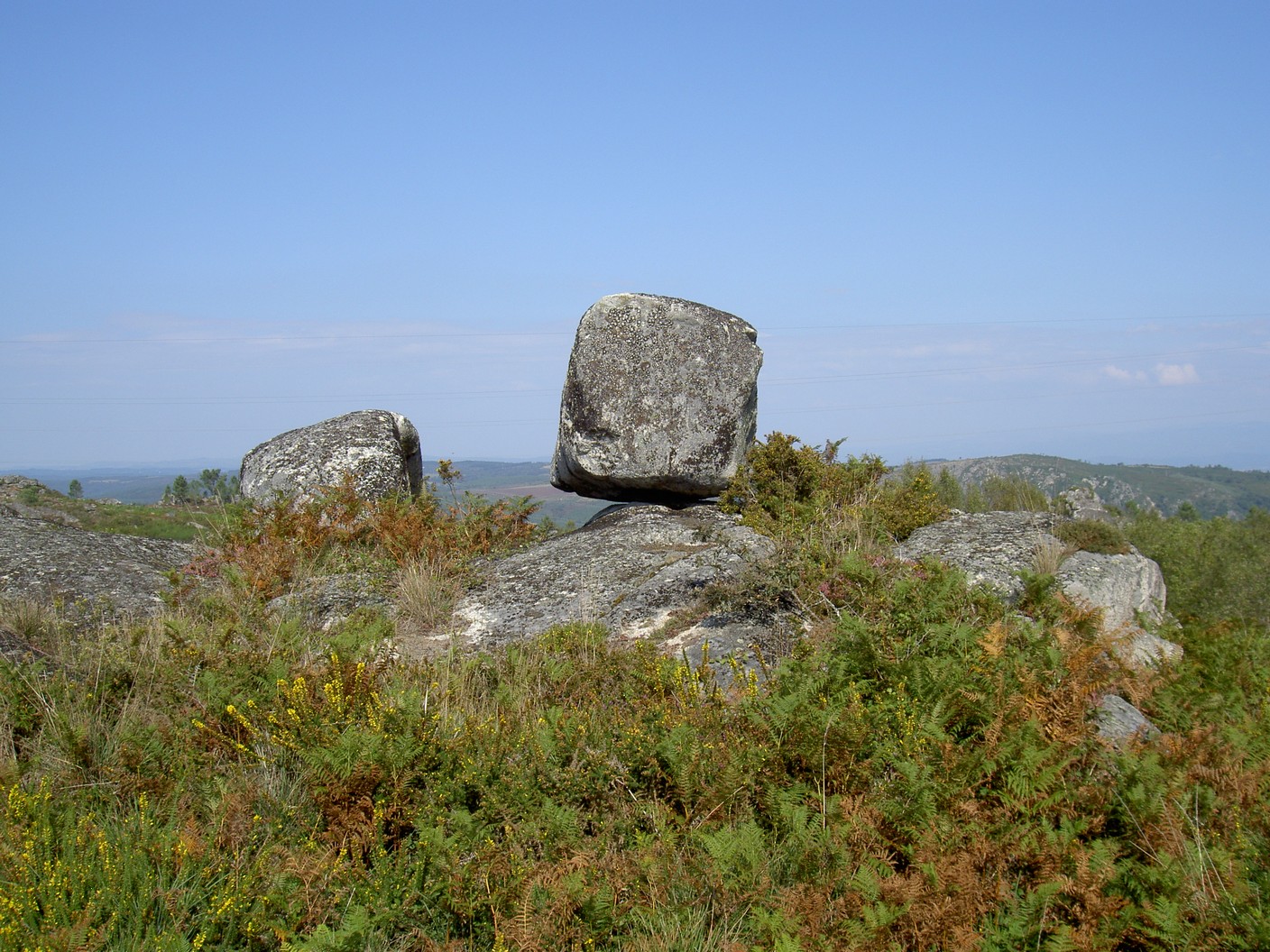 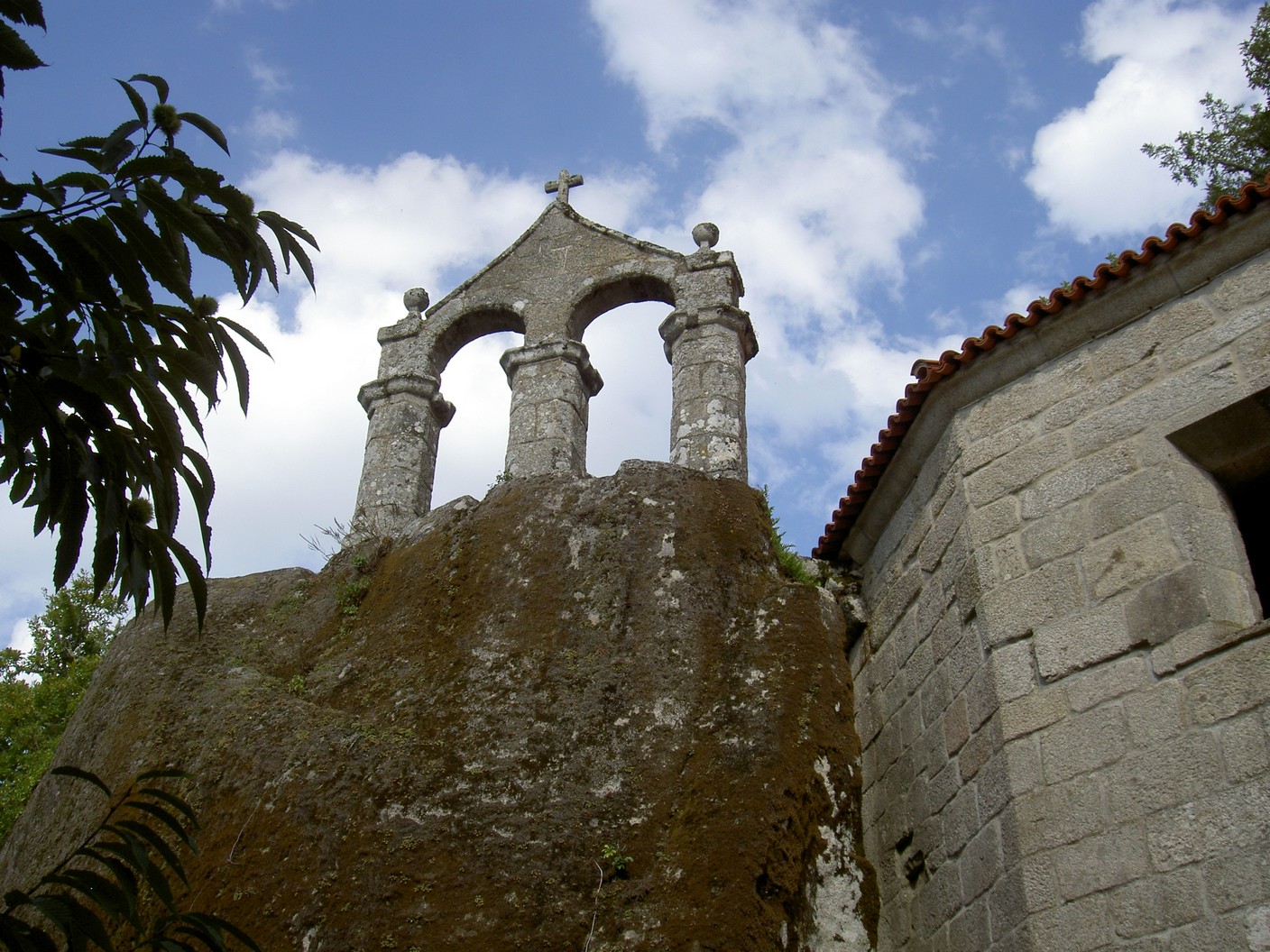 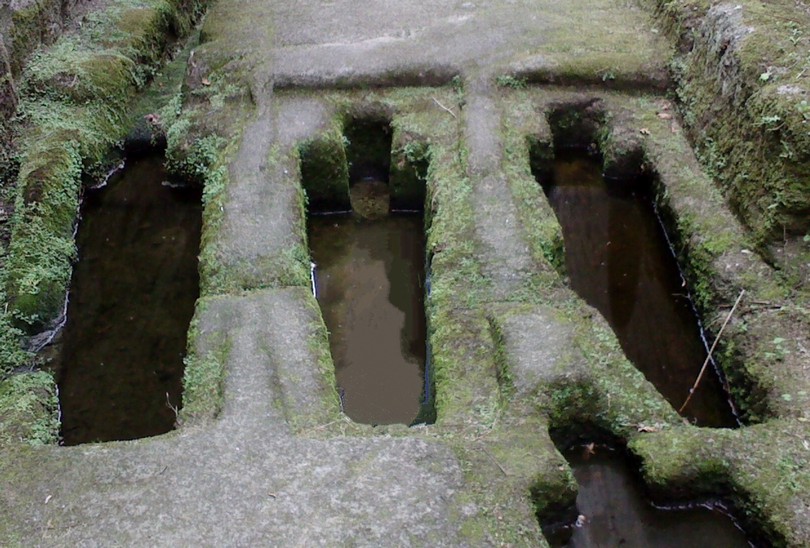