The Castle of Monterrey – A Spanish Acropolis

The palace-fortress of Monterrey (O castello de Monterrei) occupies a commanding position on the outskirts of the city of Verín in the province of Ourense. During the Middle Ages, the castle was of major strategic importance due to its close proximity to the Portugese border. 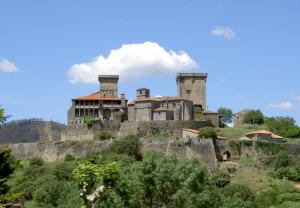 The Castle of Monterrey

Construction of the exisiting castle began in the 12th century under the supervison of Alfonso Henriquez. Following his victory against the Moors at Campo Ourique in Alentejo in 1139, he was crowned the first king of Portugal. 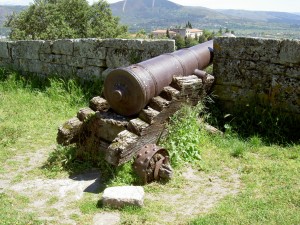 A call to arms

Later in its history, in 1366, the castle became the venue for talks between Pedro I, also known as Peter the Cruel and his brother Henry of Castile. Attempts to resolve their family disputes failed. Three years later, Pedro I was murdered at the hands of his brother who went on to become king Henry II of Castile. 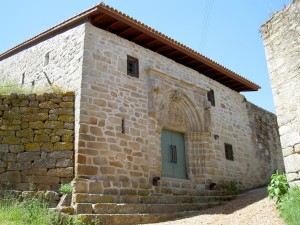 Located just outside the main fortifications is the Hospital de Pelegrinos (Pilgrims Hospital), built in 1391. For those making their way to the tomb of St. James in Santiago de Compostela, Monterrey was an important stop off. The castle intersects three camino routes; Via de la Plata, Caminho Português, and the Camino Sanabrés. 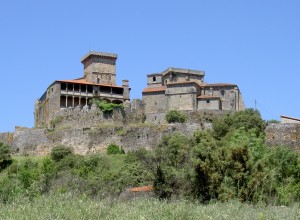 Monterrey is the largest castle of its type in Galicia and is aptly named, ‘The Acropolis’. The fortifications were built along an elongated hilltop with excellent defensive qualities and unobstructed views over the surrounding countryside. Within the courtyard of the castle there is a 14 metre deep water well, essential to any defending force. 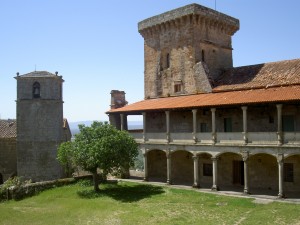 The Palacio de los Condes (Counts Palace) lies within the three walled enclosure. It was built between the 15th and 17th centuries in the renaisance style and features a symetrical upper and lower arcade with arches and columns. Adjacent to the palace is the 14th century Torre das Damas (Tower of the Ladies). 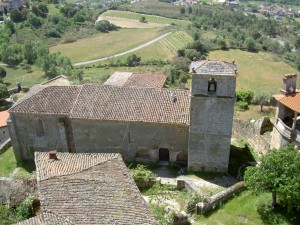 Beyond that is the church of Santa Maria de Gracia. It’s built in the gothic style and dates from the latter part of the 13th century or early part of the 14th. The belltower is a later addition, built between 1660 and 1661. 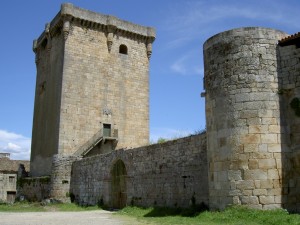 Perhaps the castle’s most outstanding feature is the Torre de Homenaxe (Homage Tower). Commisioned by Don Sancho Sanchez de Ulloa, the first count of Monterrey, in the 15th century. It is 22.5 metres high with walls 3 metres thick. The chiselled emblems of individual masons are clearly visible on many of the huge granite blocks needed to build this outstanding monument. 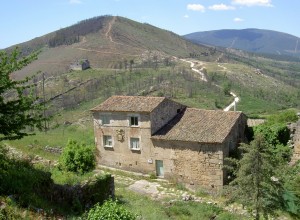 In the distance the 17th century watchtower

On a nearby hilltop are the remains of a 17th centruy watchtower, also part of the fortifications. 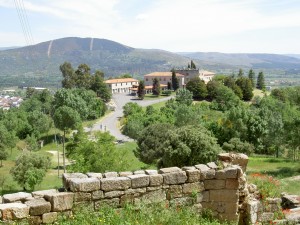 The parador of Verin

Today the castle stands guard over the Parador of Verin. It’s a great place to stop for coffee and cake or sample a glass of the local wine. During the summer months, visitors can rest in the gardens and look out at the grapes ripening on the slopes below. 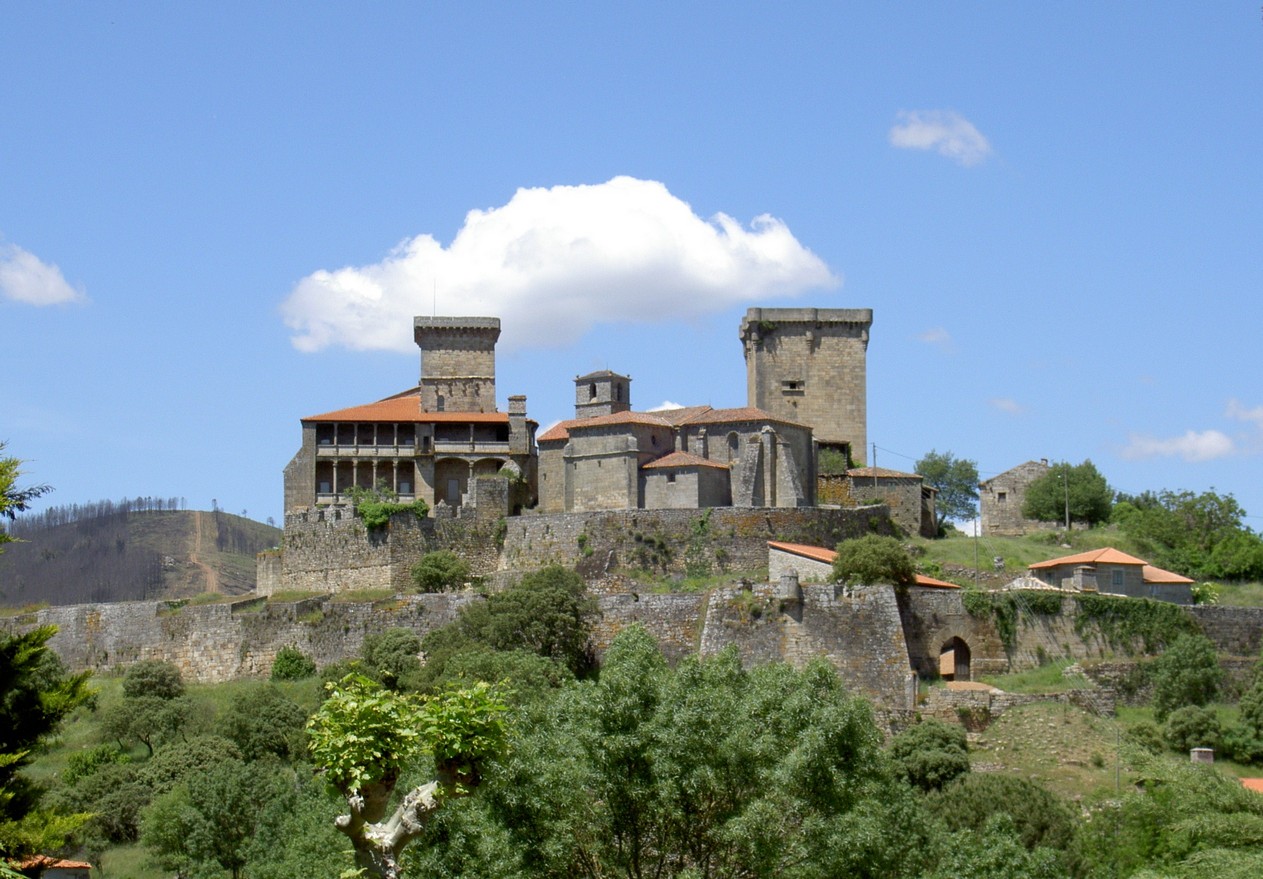 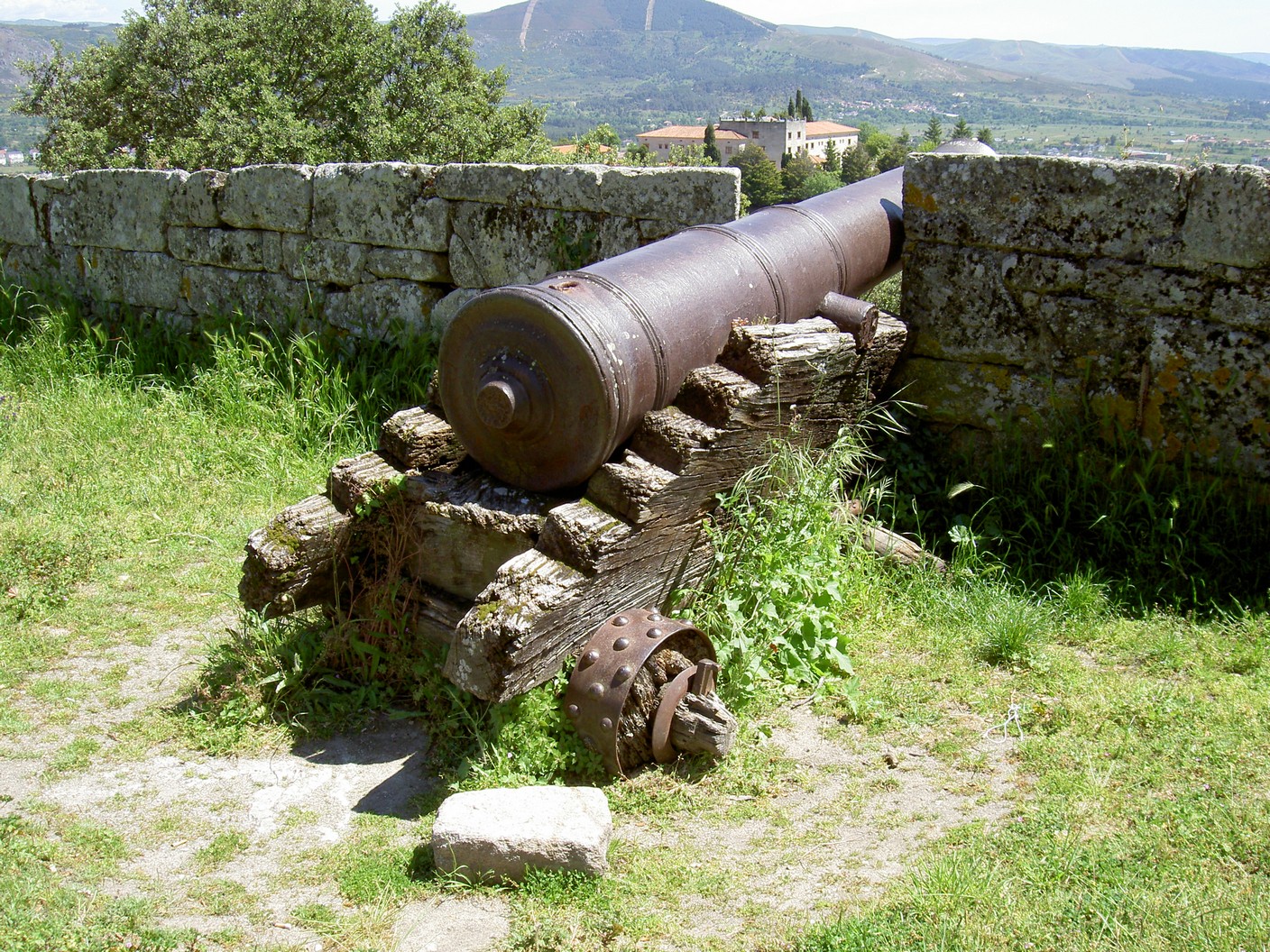 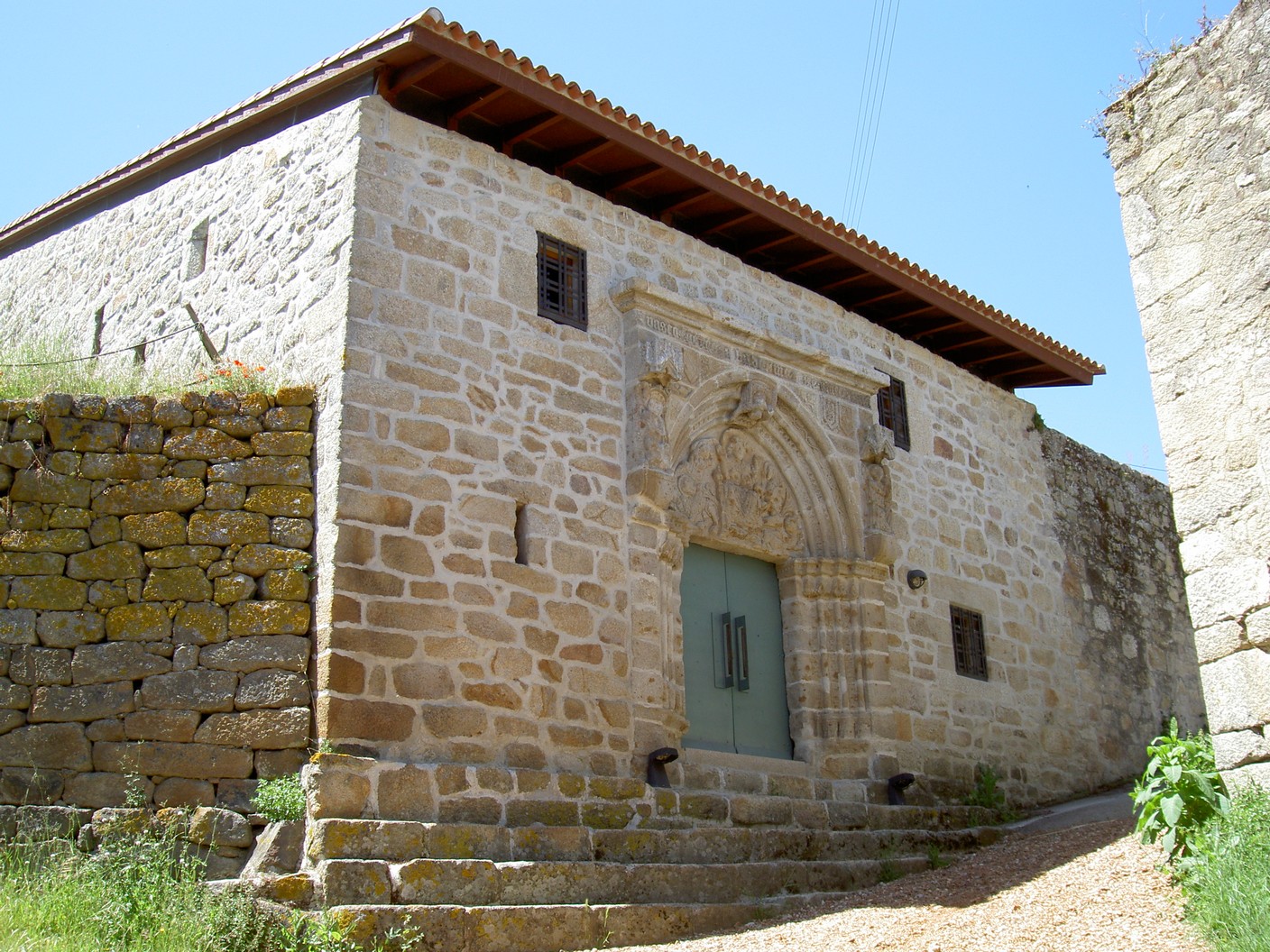 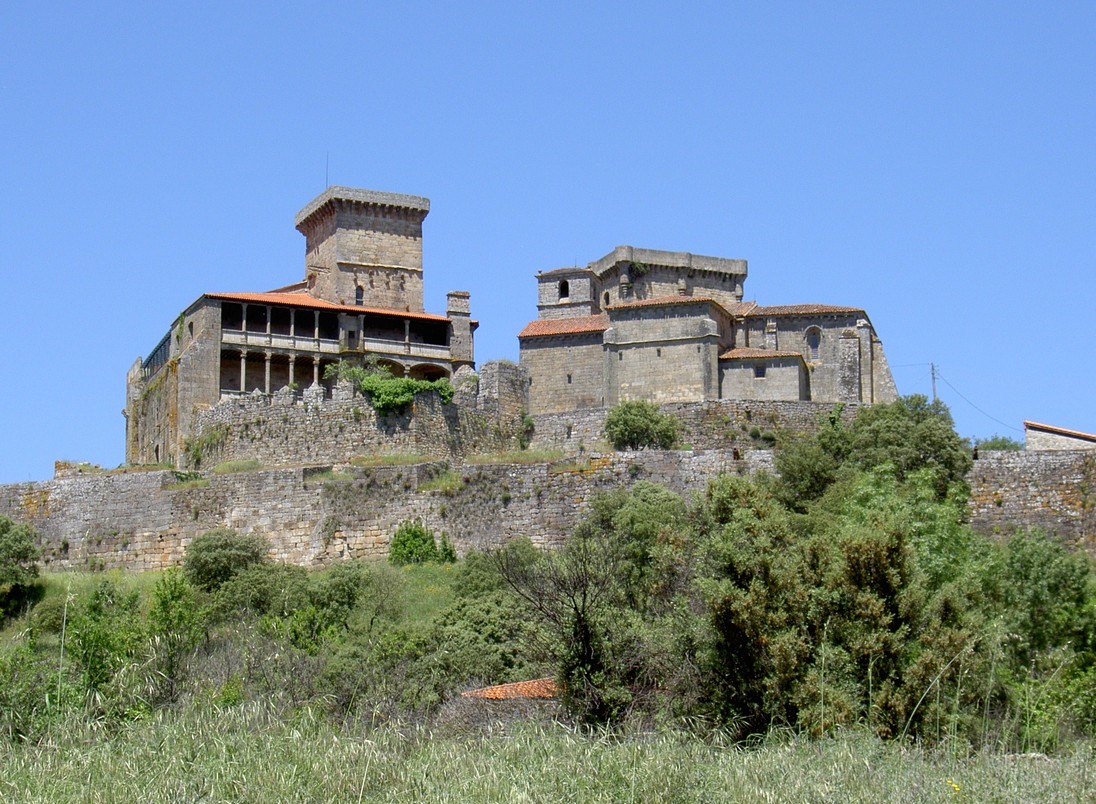 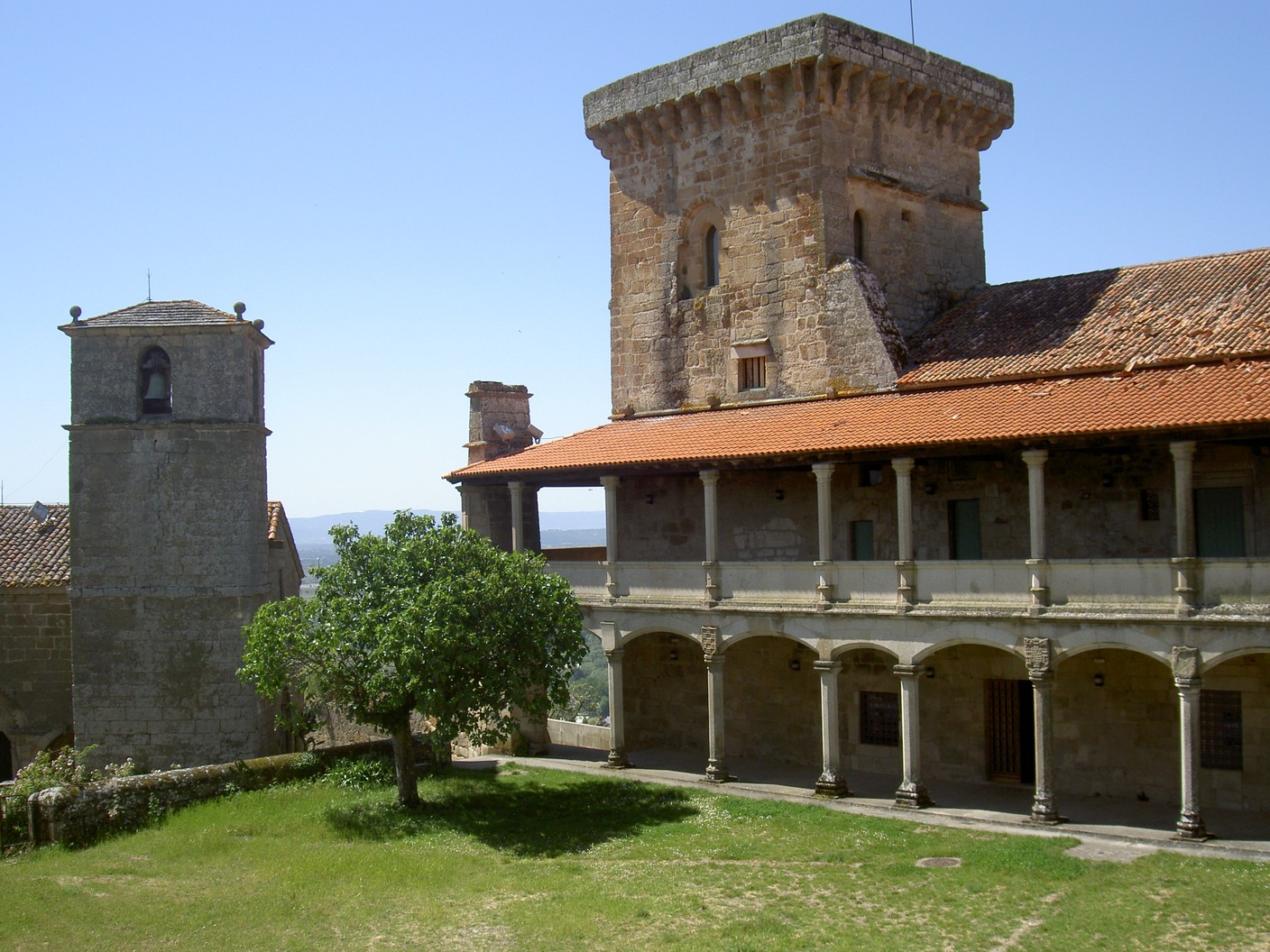 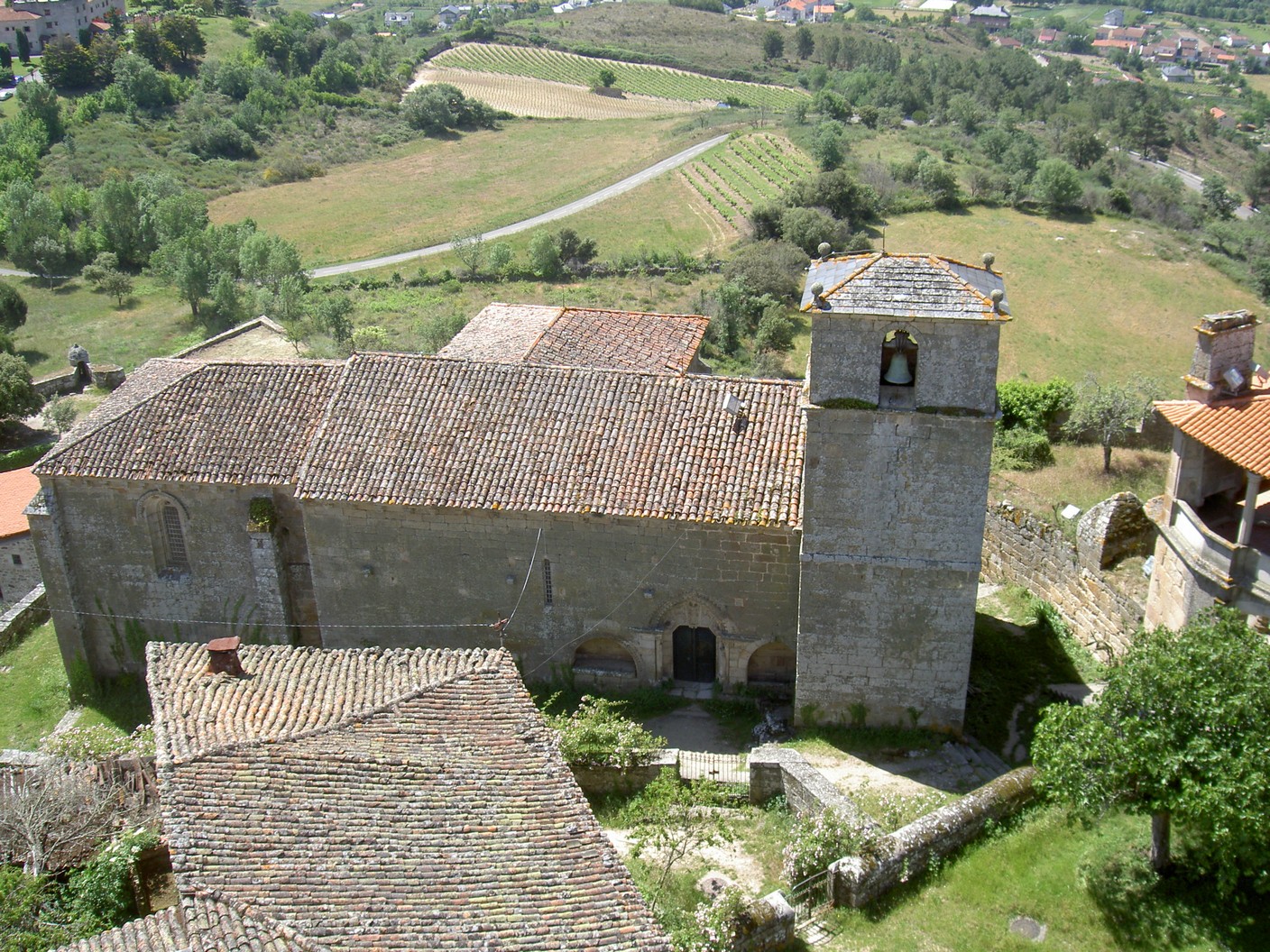 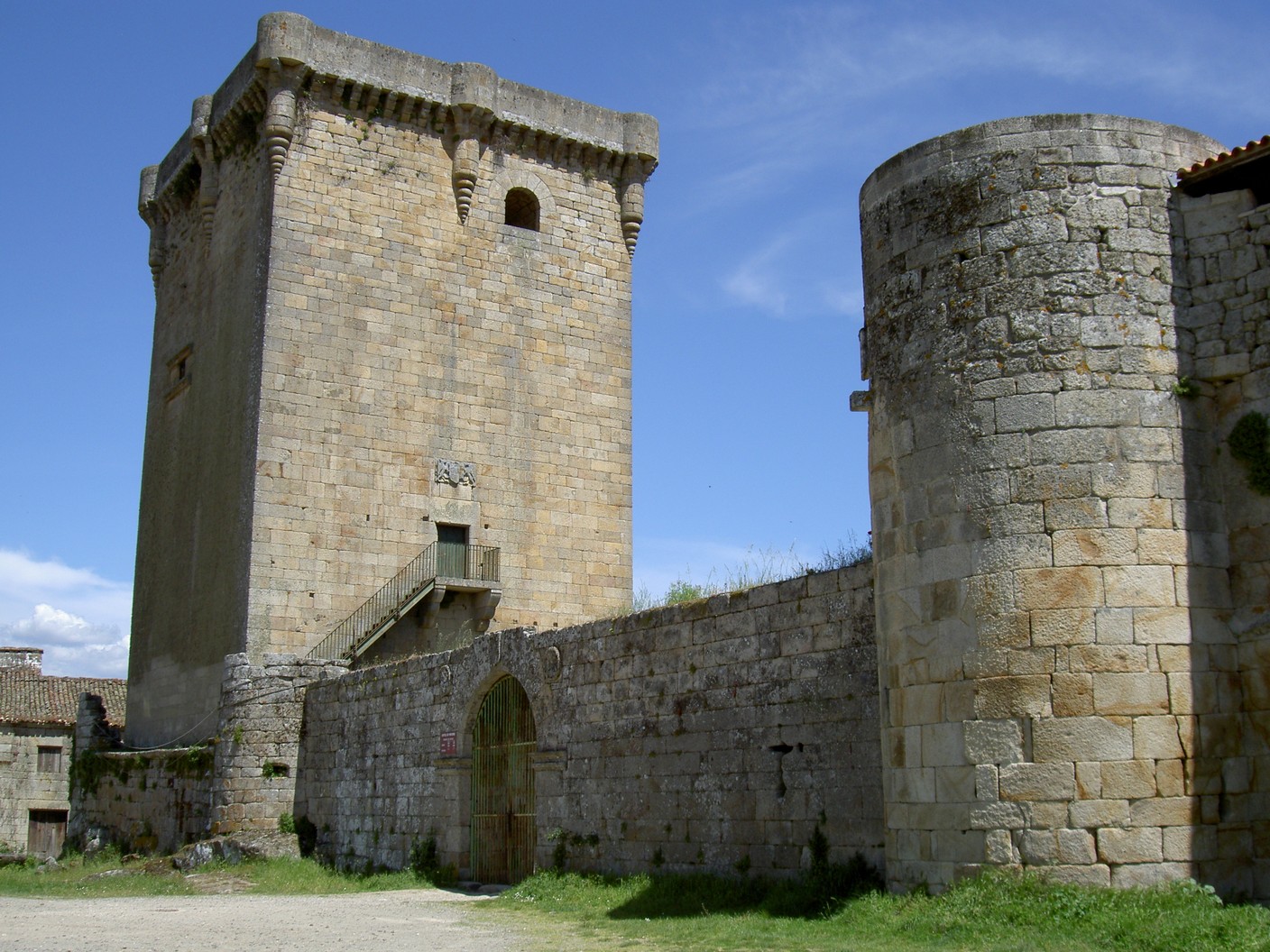 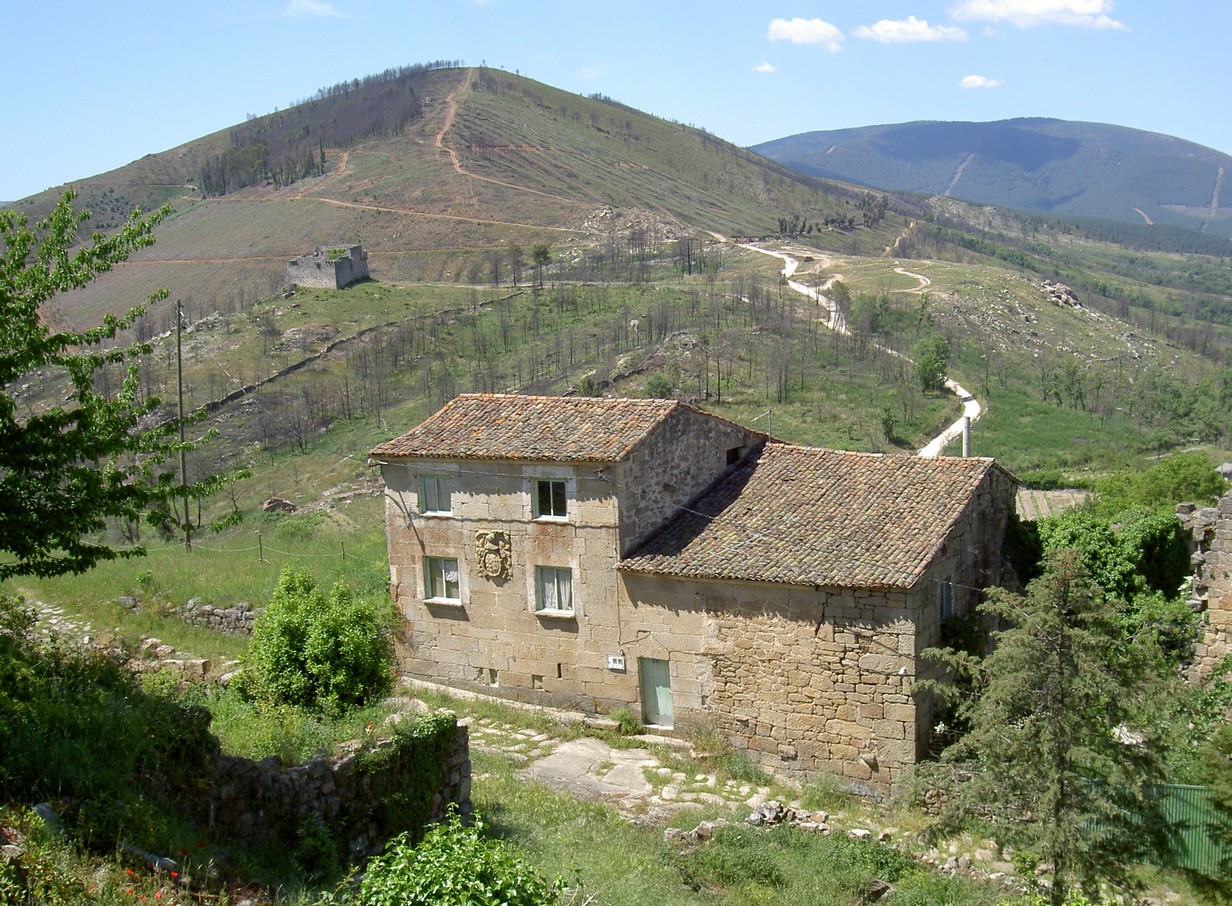 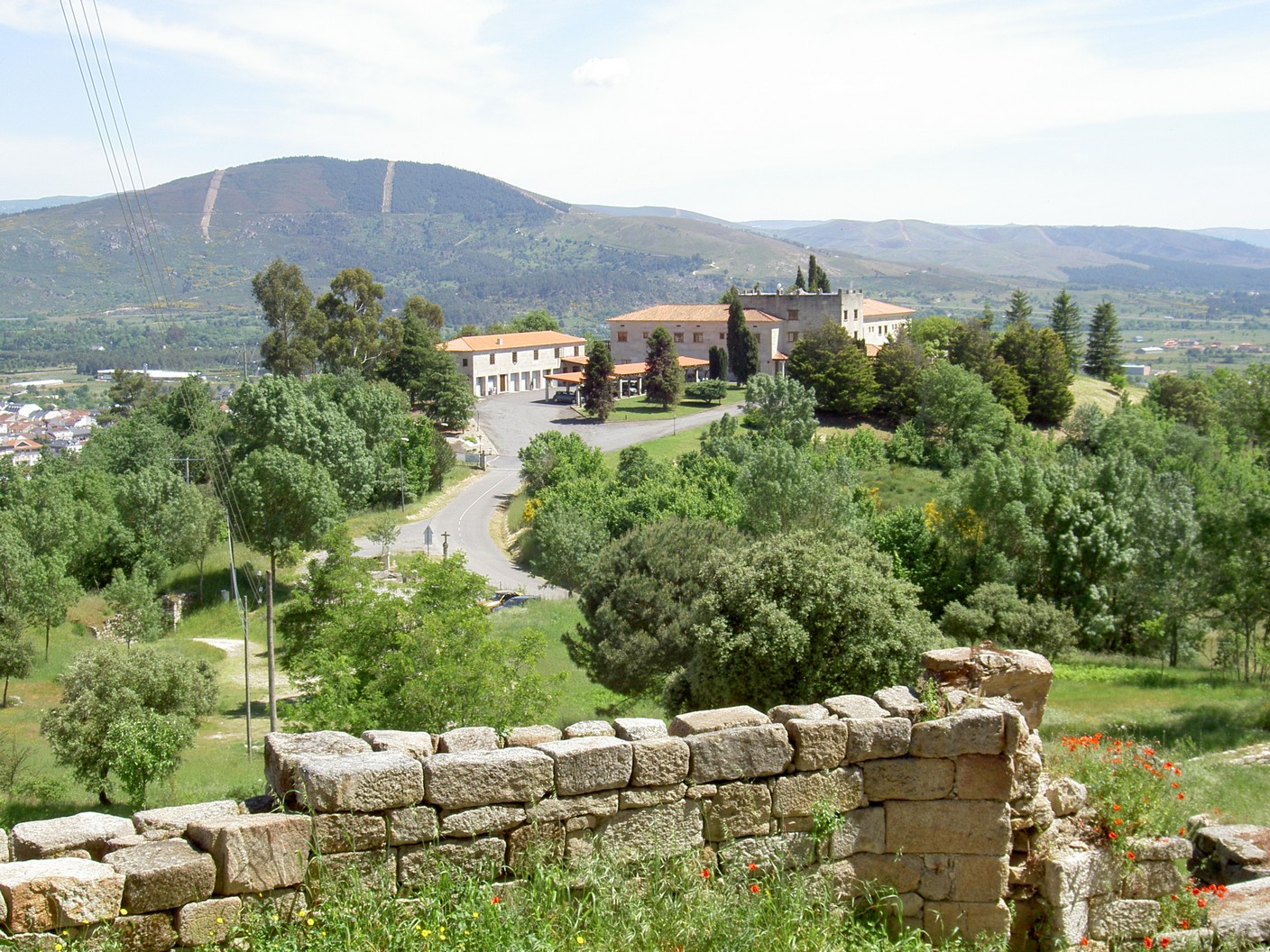